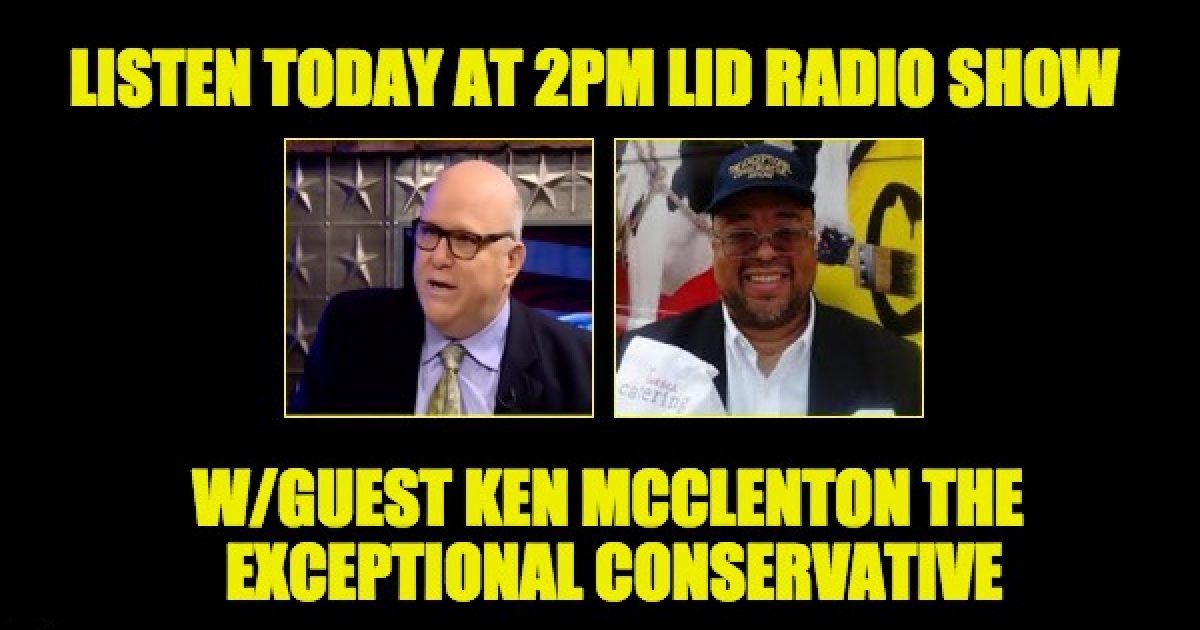 They’re baaaack!  Next week Chuck Schumer will be moving his glasses back to the tip of his nose, Nancy Pelosi will be pumping the air back into her nose, Bernie Sanders will be practicing for his next piece of legislation by picking the pockets of his Senate colleagues and Lindsey Graham will be doing whatever John McCain tells him to do. In other words Congress will be back in session, and the buisness of running the country will grind to a halt.

This congressional session will address some crucial issues including, tax reform, the debt ceiling, and allocating funds for Elizabeth “Pocahontas” Warren to secure a new headdress, and of course searching for Mad Maxine Waters’ lost brain. There is no one better to discus the congressional agenda with than today’s special guest, my good friend, Kenneth McClenton the Exceptional Conservative.  Ken I will discuss the congressional agenda, the rise of the violent left, Hurricane Harvey and todays’ other big political news with great insight and humor.

So so join in on the news and the fun— tune into the Lid Radio Show at 2pm Eastern by clicking on these SHR Media network or High Plains Talk Radio links (or by using the player and chatroom embedded below).

McClenton’s official bio says he’s an Urban Conservative whose mission is to spread the good news of Christianity, conservatism, capitalism and constitutionalism throughout the world.  Devoted to life, liberty and the pursuit of happiness, he believes that in order to save the United States, we must mutually pledge our lives, our fortunes and our sacred honor to save urban America. That is true but there’s more.

Kenneth McClenton is host of the incredibly successful “The Exceptional Conservative Show” seen on TECN.TV Monday-Thursday 9pm to 11pm Eastern.