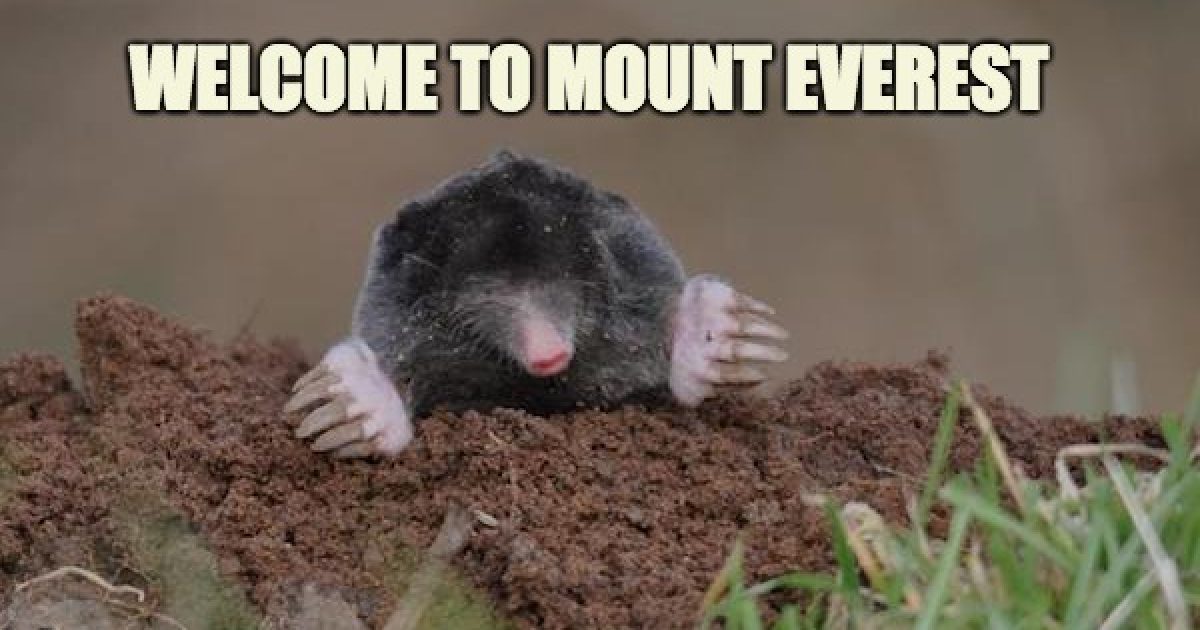 Liberals keep throwing around terms like “meddled” and “interfered” to describe what the Russians did to our 2016 elections. But they never define what that actually means. So, what exactly DID the Russians do to “meddle” in our elections? Turns out not much at all.

We see it over and over again. Left-wing TV commentators and liberal media headlines continually screaming: MEDDLING, COLLUDING, INTERFERING, EFFECTED, ATTACKED… but what really happened? These infractions are something that the sold-out, fake news media and their liberal patrons never actually define. They prefer instead to use those scary words to coax Americans into thinking something wild, untoward, or all-encompassing occurred. Their goal is to fool Americans into thinking that the Russians did a lot to mess our election and maybe even did so much that they illicitly insured that Donald Trump would win the White House.

But, they just never bother to explain just what all that “interference” really looked like. That’s because the actual details seem to show that the Russians had hardly any substantive effect at all on the election.

We have been told by the liberal media that “the Russians” interfered in the election. Again, they just use this catchall accusation and give no details. What Russians are they talking about? They don’t ever really say.

So, did the Russians hack our voting machines? Did they surreptitiously change any votes in favor of Donald Trump? Did they cancel votes? Were they able to swing the election from a lock on Hillary to a squeaker for Trump?

The anxious answer to all of those questions is “no.” There is some scant evidence that some of the states had their elections systems probed by outside agents. But not one was breached.

Face it; if Russian voters actually had a say, they would be complaining that any money spent on the 2016 American elections were a waste.

According to a Vox report from February of 2018, seven states said their systems were “probed by Russia.”

Still, even Vox, which is vested in pushing the liberal narrative, was forced to note that not a single vote was changed. Furthermore, only one of the seven states, Wisconsin, was a critical swing state. Except for Wisconsin, the outcome in each of the other states (Illinois, Texas, Alaska, Arizona, California, and Florida) in question was relatively predictable, and that outcome was not changed by anything Russia did or tried to do. Even Wisconsin was a likely red state since it has been trending Republican for a decade.

So, there was NO “hacking” of the election. And even the few states that found “probing” of their election infrastructure found no evidence that the cyber attack resulted in any real skewing of the results.

Then there is the claim that “the Russians” used their deep pockets to buy “lots” of ads to fool America into voting for… maybe Trump… or something. The left also claims “the Russians” used Facebook and social media to do this. They aren’t very specific on this, either. It’s all just a bunch of general claims.

But, OK, let’s take this at face value for now. Let’s say the Russians did spend “lots” of money on social media. What did the reality of this spending look a?

Well, according to Byron York, who looked deep into the Mueller indictment of 13 Russians, this spending amounted to about nothing.

York noted that total election spending was $2.4 billion total. But the total expenditure on social media by the Russians was a tiny $100,000. On the other hand, Clinton and Trump spent a combined $81 million on Facebook ads. Facebook said the Russians placed only 3,000 ads across the nation. More telling, those ads were seen by practically no one. Facebook reported that fully 25 percent of those ads were never seen by a single human being.

But, maybe, you say, all that money was spent on the swing states that helped Trump beat Hillary in the close 2016 election? Well, the actual spending was minuscule in those states. The Russians spent about $2,000 in Wisconsin. And the expense was even more laughable in Michigan and Pennsylvania where Russian spending was $832 and $300 respectively. Seriously, $300!

To imagine that a $300 expenditure was enough to sway all of Pennsylvania to Donald Trump is a laughable assumption.

York also notes that there is absolutely no evidence at all that the Russians were favoring Donald Trump and expected him to win in the first place. Their primary goal was to sow dissent against all the candidates by floating efforts to both support an detract from each of them.

So, in the end, that social media “interference” was virtually meaningless.

Finally, many liberals claim that Russia “hacked” the Democrats at which point they found a giant cache of embarrassing emails that proved that the Democrat Party rigged their primaries so that socialist Bernie Sanders would lose the election to Hillary.

But, in fact, there was no actual hacking involved. A “hack” means that some outside force used computer code to infiltrate and steal information through security gaps in a server’s software. But, the leaking of the DNC information was a phishing expedition, not a “hack.” In this case the info was either released by an insider or a password was given out so that outsiders could log into the system with a real password to take the info free as you please. This is akin to a thief finding a key under a doormat after someone called them to tell them where the key was and that the house would be left unguarded.

Further, in the case of the DNC emails, we really can’t say for sure that those who Hovered up the info kept there were even the Russians in the first place.

Finally, Molly Hemingway had the perfect point about all this Russia hysteria. During an appearance on Fox News this weekend, Hemingway said that if you were really worried about Russia interference, you’d have more questions for Barack Obama than you would for Trump.

“We’ve had a week of absolute hysteria on this topic and, for me, I think there’s one way to tell whether you actually care about election meddling or if you don’t. If you do actually care about election meddling you should have a ton of questions for Barack Obama and his intelligence chiefs who knowingly allowed meddling to happen. They were talking about it in August, in September, October of 2016. They said they knew Russia is meddling, they did nothing. Barack Obama even told his cyber people to stand down… It was only after Donald Trump somehow won this election that all of a sudden it became this real big hullabaloo.”