Are Liberals Finally Driving Their States Off The Fiscal Cliff? 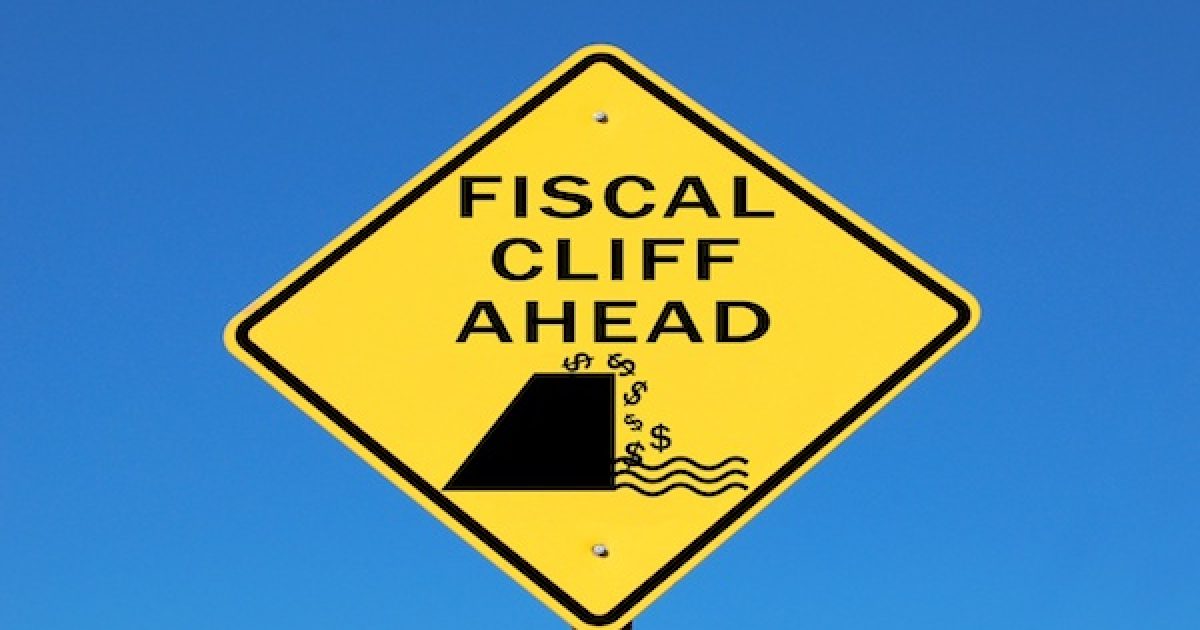 Conservatives have been warning for decades that rapacious government spending and never-ending tax hikes will drive governments — whether local, state, or federal — into bankruptcy. That hasn’t happened (yet) despite the decades of predictions. But some now say that years of policies pushed through by liberals along President Donald Trump’s fantastic tax cuts are about to push blue states off the fiscal cliff.

The conservative claim only makes sense. If you put it on a personal level, without budgetary responsibility no one can continue spending money they don’t have. Eventually, the credit will run out, the bills will come due, and financial disaster will result. For us reg’lar folks, the form of that disaster can even mean jail time.

Liberals, of course, say that this idea is stupid. The government can’t go bankrupt because everything works by compulsion. All government has to say is jump and everyone must ask how high? Government is forever, you see?

Still, cracks are already being seen in the left’s proclamations. Local liberal governments all across blue America are finally starting to fail. Vendors are going unpaid, insurance polices are being canceled, thousands of employees are losing their jobs, cops and firefighters are being fired, and pension plans are going bust, all because of the fiscal irresponsibility of county and city governments.

Some states are also approaching these nadirs. Illinois is one of the most obvious examples. For instance, Illinois has $16 billion — yes, billion with a “b” — in unpaid bills as businesses that do work for the state go unpaid. Child care, medical care, office supplies, fleet management, all sorts of people who supply services to the state but who are not themselves state employees are being left empty handed. And Illinois has racked up more late fees (also unpaid) in the last three years than it has in the previous 18 years combined.

But that is just one problem with Illinois. The Land of Lincoln also has one of worst pension bombs in all of America. Last year it was estimated that Illinois has $219.4 billion in pension liability. It is one of the worst in the nation. The state’s pension fund is only 35.6 percent funded.

Unless something is done, in short order, state retirees will have no pensions. There just isn’t any other conclusion. New Jersey and California are just as bad as Illinois, but even many red states have pensions systems on the verge of collapse.

But Illinois has also destroyed the property values of its citizens’ homes. Property taxes are higher in Illinois than any other state, and things are so bad that retirees are forced to leave the state because they can’t afford the property taxes to keep their homes into retirement, in some cases even when they have paid off their mortgages.

According to the conservative Illinois Policy Institute, “The pace and scale of property-tax growth over the last few decades in Illinois is overwhelming. Since 1990, residential property taxes have grown 3.3 times faster than the state’s median household income.”

These are only a few of the problems facing Illinois and other liberal states. Granted, these troubles have been mounting for a long time before the Trump tax cuts. But, as columnist Megan McArdle wrote in the Chicago Tribune, Trump’s tax cuts are ripping open these grievous wounds.

McArdle noted that blue states are desperate to destroy Trump’s tax cut policy because provisions have ended the tax welfare policies that shielded states from their previous practice of allowing taxpayers to deduct tax expenditures from their tax bill.

“For decades, high-tax states with a lot of wealthy residents enjoyed a hefty subsidy from the rest of America,” McArdle wrote.

That panic generated some desperate ideas. The most popular, currently, is allowing people to convert tax payments above the $10,000 cap into a “charitable donation.” New York, New Jersey and Connecticut have already passed laws to allow this.

While charmingly innovative, this approach is likely to fall afoul of tax courts, as will the other proposed tactics. Blue-state taxpayers may finally have to confront the full cost of the government they want. And Democrats will finally have to confront the tension between what those voters want government to do and what they’re willing to pay for.

She went on to point out that the Democrats tax and spend habits have now descended into the upper middle class and will soon engulf the middle class with its insatiable appetite.

“Over the past few decades, the United States has undergone ‘the Big Sort,’ the clumping of the electorate into demographically, professionally and politically homogeneous neighborhoods,” McArdle wrote. “Hillary Clinton voters have their ZIP codes, and Donald Trump voters theirs, and ever more rarely do the twain meet. This fact often has been remarked, but the implications for tax politics are rarely noted.”

Those who control the Democrat Party have “crammed themselves into a handful of the most economically successful counties, heavily concentrated in narrow strips along the coasts,” McArdle noted. These are the real rich of America, and until recently they have had enough financial cushion in their lives to continue their tax and spend ideas.

However, with the Democrats defining “the rich” ever downward into lower and lower income levels, “the rich” are finally beginning to flee their blue states. Looking back to Illinois, for instance, the state continues to move into ever worse categories. Last year the state dropped from the fifth-largest to the sixth largest due to outward migration and Illinois has consistently been in the top five worst states for losing citizens to neighboring states.

As McArdle concluded, if blue states want to continue their slash and burn spending habits, they are going to have to continue to designate ever lower levels of “the rich” to foot the bill. And eventually that will put an end to the gravy train when citizens either finally revolt and begin handing electoral defeat to Democrats, or there just aren’t enough “rich” people left to pay the freight.

“Blue-state professionals have enjoyed a disproportionate share of the prosperity gains over the past few decades,” McArdle concluded, “if they want a bigger government, they’ll have to give up those gains to fund it. But thus far, Democrats haven’t managed to convince these voters that providing lavish government to every state means that they need to be taxed like a Rockefeller — or even like a Dane.”

As the saying goes, socialism stops “working” when the socialists finally run out of other people’s money. And thanks to Donald Trump we may have yet another nail in the left’s socialist coffin.

As an aside, one final accolade was bestowed on Illinois this month. The gem of the state, the City of Chicago, was just the lucky, lucky recipient of the award for the
most corrupt city in America.

So, they got that goin’ for them. Which is nice.

Do you want to see what a city run by Democrats for over 5 decades looks like? Welcome to Detroit.Follow us Conservative Post