More Proof That Liberals Do Not Care About Women 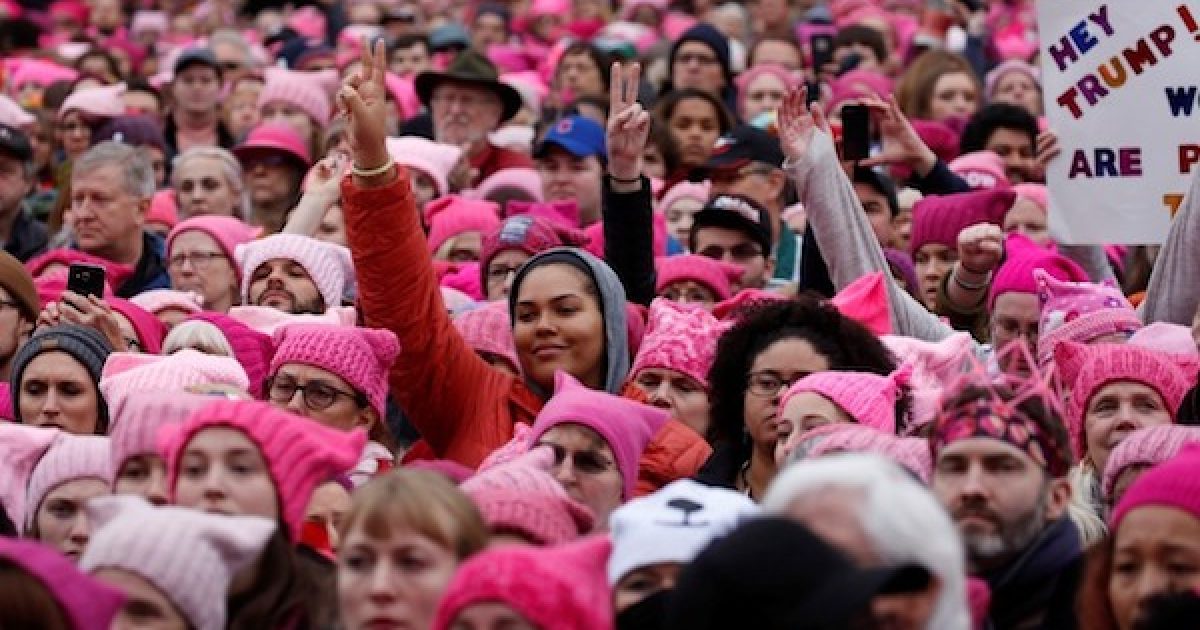 The conventional wisdom is that liberals are the only side of the political divide that “cares about women.” But this is simply a lie. Anyone who truly pays attention to what the left actually does can plainly see it. And today we have two more prime examples to prove that liberals don’t give a rat’s arse about women.

This week two things happened that proves this point and, once again, shows that liberalism is a mental disorder.

First, we go to historic Mt. Holyoke College, in South Hadley, Massachusetts. Holyoke is one of the nation’s earlier institutions of higher learning for women. Founded in 1837, the college is the first of the so-called “Seven Sisters,” a group of East Coast liberal arts colleges for women that were founded to rival the then all-male Ivy League colleges.

Mt. Holyoke has many famous graduates including poet Emily Dickinson, suffragette Lucy Stone, Transportation Secretary Elaine Chao, Congresswoman Nita Lowey, and many more. But now, thanks to mentally ill liberals, the women at Mt. Holyoke are no longer women.

No, I mean it. Liberals are now saying that you can’t call the women at the school “women.” Because it isn’t gender neutral.

You read that right. Transgenderism and homosexual politics have now just trumped women.

In an effort to promote a so-called gender-neutral environment, officials at Mt. Holyoke College, with a population of about 2,200 students, created the Supporting Trans and Non-Binary Students guide, which is found on the school’s website under the “diversity, equity and inclusion in the classroom” section.

To an outsider, the effort seems like wasted energy, especially considering that the admissions team at Mt. Holyoke does not keep track of how many students self-identify as trans or non-binary — and that the school’s student population is quite small.

Strangely, though, the college’s home page reads: “Imagine if every day were International Women’s Day.” It appears that not everyone at the school got the memo about rejecting the word “women” across the campus.

This really is nothing but a mental illness writ large. One of the nation’s premier and long-standing women’s colleges now can’t call their students “women” because it doesn’t comport with leftism’s current agenda.

Not everyone is excited about this whole thing. Michelle Cretella, a medical doctor based in Providence, Rhode Island, and the president of the American College of Pediatricians, slammed the left for this outrageous foolishness.

“Mainstream academe, medicine, psychology, and law have sacrificed morality, and therefore, inevitably, science and sanity, too, on the altar of political correctness,” Cretella said.

“Radical feminists are correct when they argue that to embrace transgender ideology in our language erases ‘woman’ in law,” Cretella added. “Transgender language eliminates women from every public institution from the family forward. If anyone can be a woman simply by declaring one so, then there is no such thing as a woman — or man. You cannot eliminate half of humanity in a language without eliminating humanity itself.”

The second example takes us across the waters to the Land Down Under where white nurses in Australia are being told that they shouldn’t be allowed to treat people of color until they “renounce their white privilege.”

Before we go any farther, there’s no such things as “white privilege.” It is just another example of the left’s mental illness. So, there’s that. But, what is happening in Australia is simply outrageous.

This from the Daily Mail:

Australian nurses and midwives are being forced to announce their “white privilege” before treating Indigenous and Torres Strait Islander patients — a move which has been slammed as “racist to its core.”

The paper goes on to insist that “white privilege” is defined as consisting of the “unearned advantages” that white people have over everyone else merely because they are white. Of course, the truth is there are no such “unearned advantages.” But let’s not have facts get in the way of the left’s agenda, shall we?

Anyway, this new campaign to shame white nurses is being seen at the hands of Australia’s Nursing and Midwifery Board that is now claiming that white people impair the “clinical safety” of Indigenous or Torres Strait Islander patients.

In other words, what these leftists are saying is that white nurses are too contaminated with whiteness and that their disregard for patients who aren’t white puts all patients of color in danger. This board is saying that all white people are so irreversibly, endemically racist that they will mistreat all patients of color.

The Board explains that its new policy is “a decolonizing model of ­practice based on dialogue, communication, power-sharing and negotiation, and the acknowledgment of white privilege.”

But, this claim is as racist as one can get. It is discounting all white women based solely on the color of their skin.

Liberals, though find this claim to be nothing short of completely true. Not because there is any proof to substantiate the claim but merely because it fits their mentally ill political beliefs.

As with the Holyoke, there are a few voices of reason in Australia speaking out against this idiocy.

Again from the Daily Mail:

But Graeme Haycroft, spokesperson for the Nurses Professional Association of Queensland, (NPAQ) told Sky News the addition to the code of conduct could have serious consequences for nurses and is simply “racist.”

Mr Haycroft said 50 per cent of NPAQ members were opposed to the new rule.

“They have said ‘this is wrong, do something about it,’” Mr Haycroft told host Peta Credlin.

Australian Senator Cory Bernardi also spoke out against this outage:

“This is just another example of where PC and this identity politics has captured the professional class or the political class,” he told 2GB.

“I can’t recall one complaint that white privilege hasn’t been acknowledged during the birth process.”

Despite the criticism, the professional board has stuck by its incredibly ignorant new policy saying that nurses will still have to “acknowledge that Australia has always been a culturally and linguistically diverse nation” and to “recognize” that white people were mean to the aboriginal people.

Again, remember who we are talking about here. The members of the Nursing and Midwifery Board are mostly women. Once again we see that liberals don’t really care about women. They only care about their liberal agenda — in this case being that all whites are racists.

These two examples that have occurred just this month are perfect examples of how liberals don’t care about women. They only care about liberalism.