Liberals Are The Real Bullies. They Want To Physically Abuse Trump 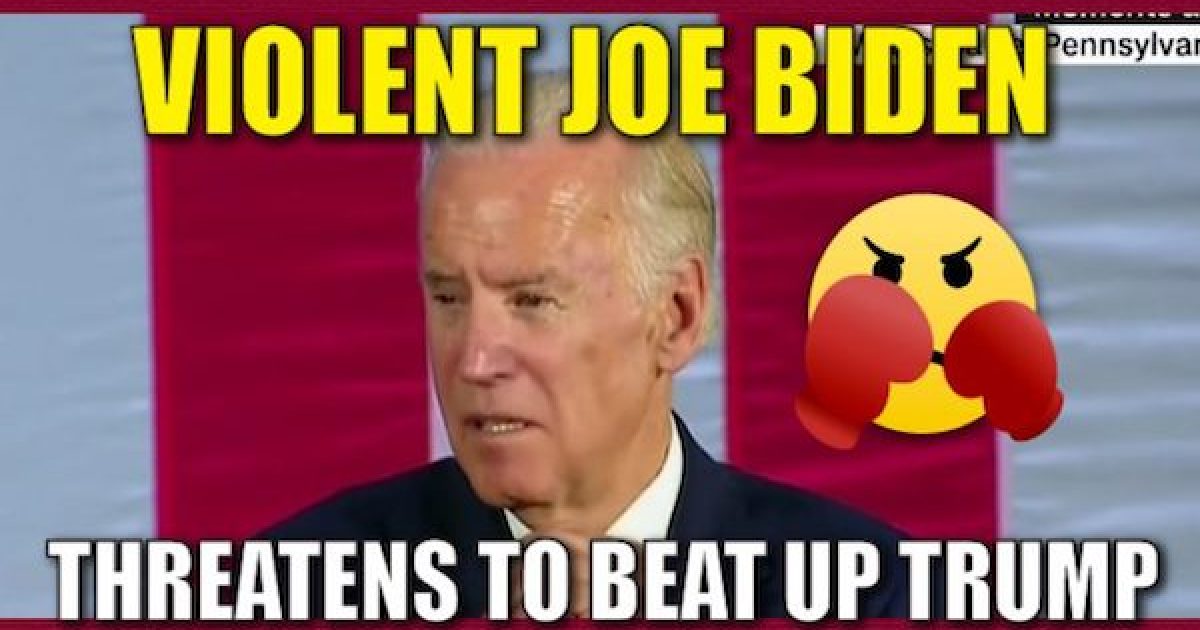 Leftists love to talk about safe spaces and promote anti-bullying campaigns. A case could be made that a number of the school shooters were bullied in school. and neither the school nor the students did anything to stop it. Liberal Democrats (are there any other kind?) are the real bullies. They bully unborn babies and the people of faith they disagree with like Joy Behar did to Vice President Pence on “The View.”

How quickly the media have forgotten about the Democrat who had volunteered for Bernie Sanders’ presidential campaign who tried to kill Republicans while they were practicing for a charity baseball game. James T. Hodgkinson was an unemployed home inspector who hated President Donald Trump and other Republicans. Where were the anti-Second Amendment and NRA haters then?

“It’s really a matter of putting public pressure on the president,” Suozzi said when asked about possible responses if Trump defies Congress. “And it’s probably about going to the courts as well.”

Then the Democratic congressman added, “This is where the Second Amendment comes in, quite frankly. Because you know, what if the president was to ignore the courts? What would you do? What would we do?”

Here’s the most recent example of a bully. It comes from former Vice-President Joe Biden:

“They asked me would I like to debate this gentleman, and I said no. I said, ‘If we were in high school, I’d take him behind the gym and beat the hell out of him.’”

The laughter and applause from the crowd at “It’s On Us” rally at the University of Miami that focused on stopping sexual assault on college campuses are indicative of leftist hypocrisy. These same numbskulls are triggered my Mexican dinners, free speech, and facts. Their only response, when confronted with facts that can’t be answered, is to charge their critics with being racists, homophobes, and haters.

These are the same types of people who Students who accused Stevenson College in California of racism and insensitivity after they were served Mexican food at a sci-fi theme night that was about — wait for it — “aliens.”

So much “insensitivity,” but beating the hell out of someone you don’t agree with, well, that’s OK.

Co-host Sunny Hostin of “The View” said something astonishing that might warrant a visit from Trump’s Secret Service:

“Why hasn’t anybody taken [Trump] out back and kicked his little butt?”

Once again, another Leftist who claims that conservatives are the haters and want to use bullying tactics to force their views on other people and proves they’re the real bullies.

How many times have conservatives been attacked on college campuses for a First Amendment right — speech?

While President Obama and the left like to pretend that they oppose bullying with all their hearts and souls, the truth is far darker: the left is the greatest purveyor of bullying in modern American history. Bullying has morphed into the left’s go-to tactic, as they attempt to quash their opponents through fear, threat of force, violence, and rhetorical intimidation on every major issue facing America today.

In Bullies, Ben Shapiro uncovers the simple strategy used by liberals and their friends in the media: bully the living hell out of conservatives. Play the race card, the class card, the sexism card. Use any and every means at your disposal to demonize your opposition—to shut them up. Then pretend that such bullying is justified, because, after all, conservatives are the true bullies, and need to be taught a lesson for their intolerance. Hidden beneath the left’s supposed hatred of bullying lies a passionate love of its vulgar tactics.

Let’s not forget the Leftist bullies who use the law to force compliance or face bankruptcy and re-education to accept the same-sex agenda. We’re now learning how social media giants are bullying their ideological opponents into submission: