The Latest Example Of Liberal Violence 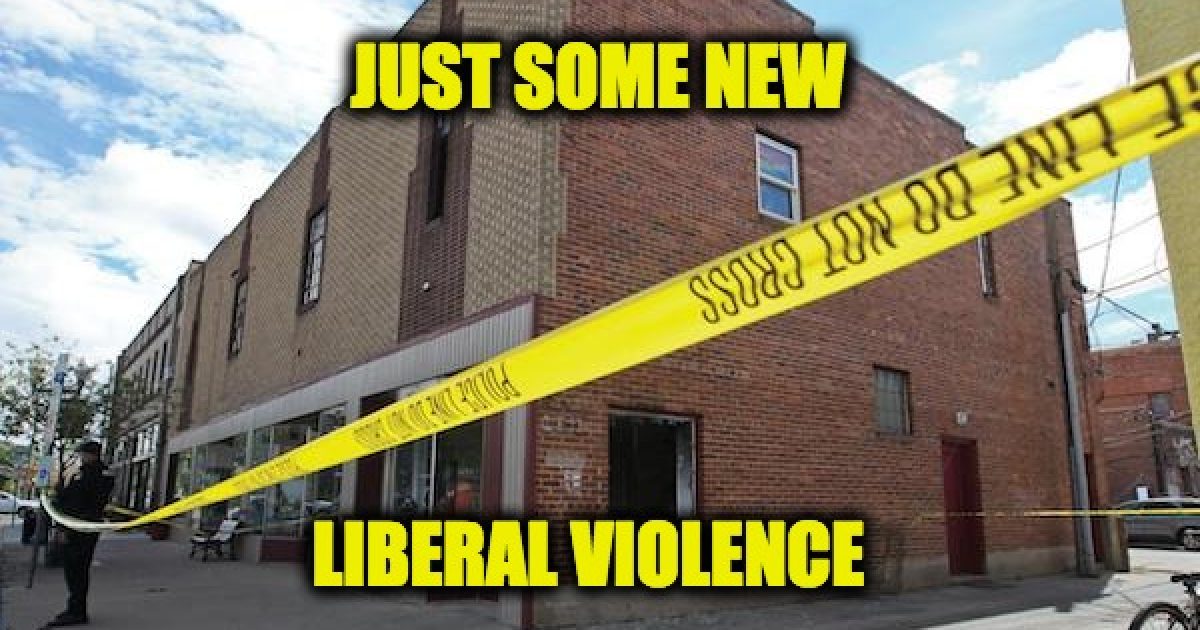 Well at least the office wasn’t brand new, It was two days old. Authorities say a fire was started at a Republican Party office in southeastern Wyoming and that it is being investigated as arson. I guarantee you that it wasn’t a conservative person that started the fire if it was arson it was most probably the latest example of liberal violence.

The office is shared by the Albany County Republican Party and the Wyoming College Republicans. The two tenants began moving in on Tuesday, less than 48 hours before the fire.

According to the News & Observer

Authorities say a fire was started at a Republican Party office in southeastern Wyoming and that it is being investigated as arson.

The fire was reported about 3:25 a.m. in the first-floor office. Steven Morgan of the Laramie Police Department says it’s being investigated as arson and agents from the federal Bureau of Alcohol, Tobacco, Firearms, and Explosives are assisting because of the possibility of a political motive.

County GOP chairman Ben McKay tells the Laramie Boomerang that a “Make America Great Again” sign was hanging in a window that was broken during the incident.

Wyoming GOP Office Set On Fire Less Than Two Days After Opening — Police Say It Was Intentional https://t.co/yK2QQb1L1o via @DailyCaller

https://t.co/4FdUszxrpQ this the new democrat party for you America. Time to fight back stand our ground and fight fire with fire. We as conservatives are allowing our rights to be violated. They already have declared war on us.

.@Liz_Cheney: “..we should all pause to remember that the future of our nation depends upon our ability to exchange ideas and viewpoints, to argue and debate, free from violence and intimidation.” https://t.co/yK2QQb1L1o

Congratulations @TheDemocrats. You managed to get all of the crazies riled up. Irresponsible at best. ????https://t.co/NzBqOctrE6

If this doesn’t oiss you off then your numb. I don’t see Republicans burning looting assaulting people and our rights. On the Crocked Dnc
Wyoming GOP Office Set On Fire Less Than Two Days After Opening — Police Say It Was Intentional https://t.co/O3t0N75n0y via @dailycaller

See no fire-starting fairy. Just another example of liberal violence. There’s a growing list of violent acts being perpetrated by liberals in this era of Trump, and at least 30 acts or threats of violence have already been committed against Republican politicians. And celebrities such as Kathy Griffin, Madonna, Robert De Niro, and Johnny Depp add calls for political violence.

This is just one more example to add to the list.  Well either that or there really is a  fire-starting fairy.