Liberal Violence: Truck Set On Fire Because It Had Trump Bumper Stickers 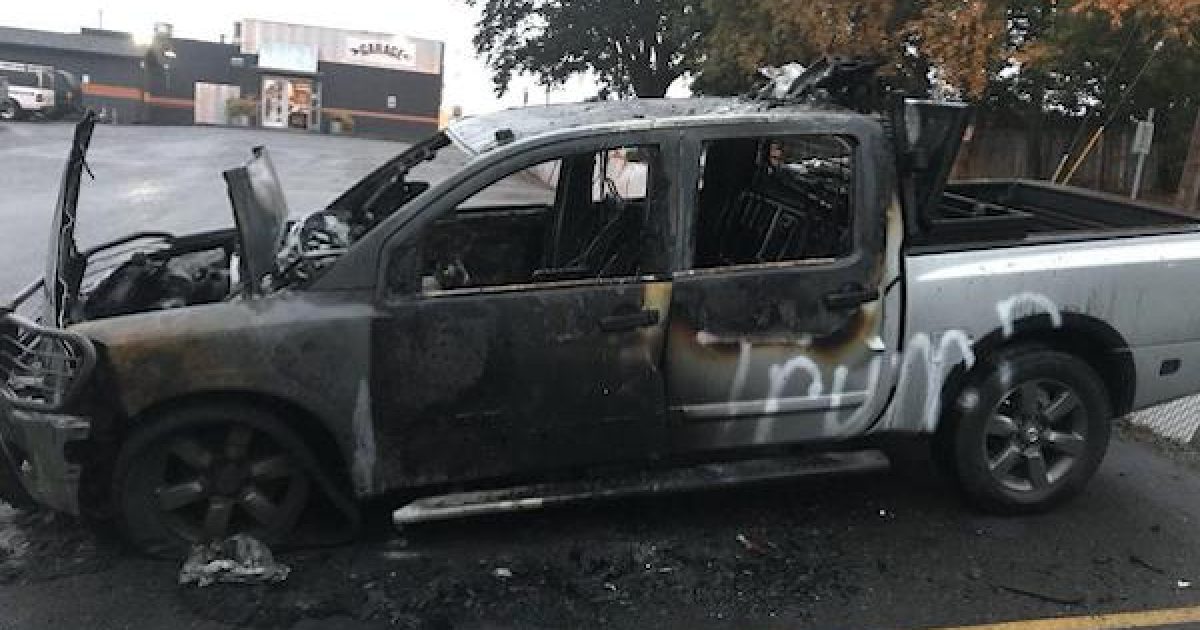 The pace of Incidents of liberal violence seems to be accelerating. The latest incident happened in the friendly confines of Vancouver Washinton where a truck that sported some pro-trump bumper stickers was vandalized, spray painted with the word Trump and burned as it sat in the parking lot of a local bar and grill.

Johnny MacKay who owned the Nissan Titan discovered that it was destroyed  Monday morning in the parking lot of the Garage Bar and Grille on W Fourth Plain Boulevard. Apparently, he was at the bar the night before and didn’t think he was in a condition to drive, so he left his truck and Ubered home. 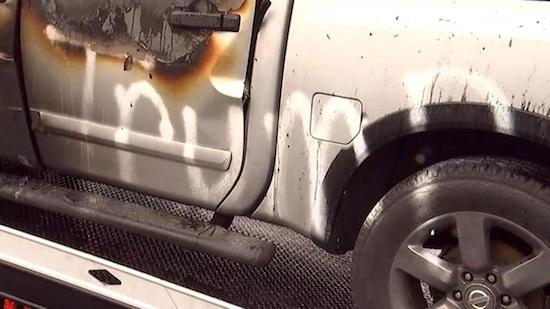 “I was coming by this morning just to check it on my way to work, and it was gone,” MacKay said.

The burnt truck had severe fire damage, most notably near the engine and within its interior. Its door was charred, and the seats were melted.

The fire was reported by several 911 callers around 2:30 a.m. Monday, according to Vancouver Police. Officers say are the fire is suspicious.

“We hear a loud boom, we feel the boom, it shakes our bed,” said Myia Flores, who lives nearby. “Just opening the door and seeing the flames–it was like crazy, it was crazy to see.”

MacKay says he thinks the fire was not only intentional but an attack on his political beliefs sparked by two Donald Trump stickers he had placed on his bumper. Not only did his truck burn, but someone also spray-painted “Trump” on the left side.

“It’s crazy,” MacKay said. “You watch the news, you see this stuff on television, you see the protests and the damage and stuff, you never think it’s going to happen to you.” 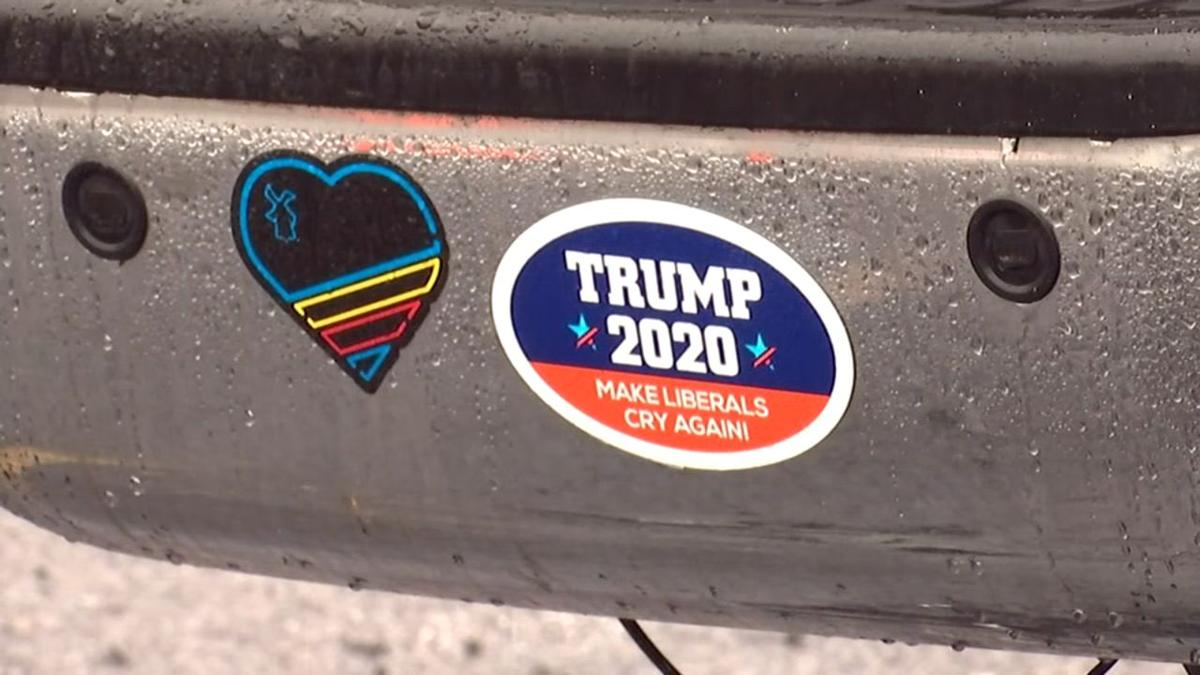 Even before the Kavanaugh hearings, incited by famous liberals such as Maxine Waters, rank and file liberals have gone from calling people who disagree with them names, to actual acts of violence.  But one never hears about Democratic Party leaders like Chuck Schumer and Nancy Pelosi speaking out against the violence.  Shame on them.

Below is the news report about the destruction of the truck.