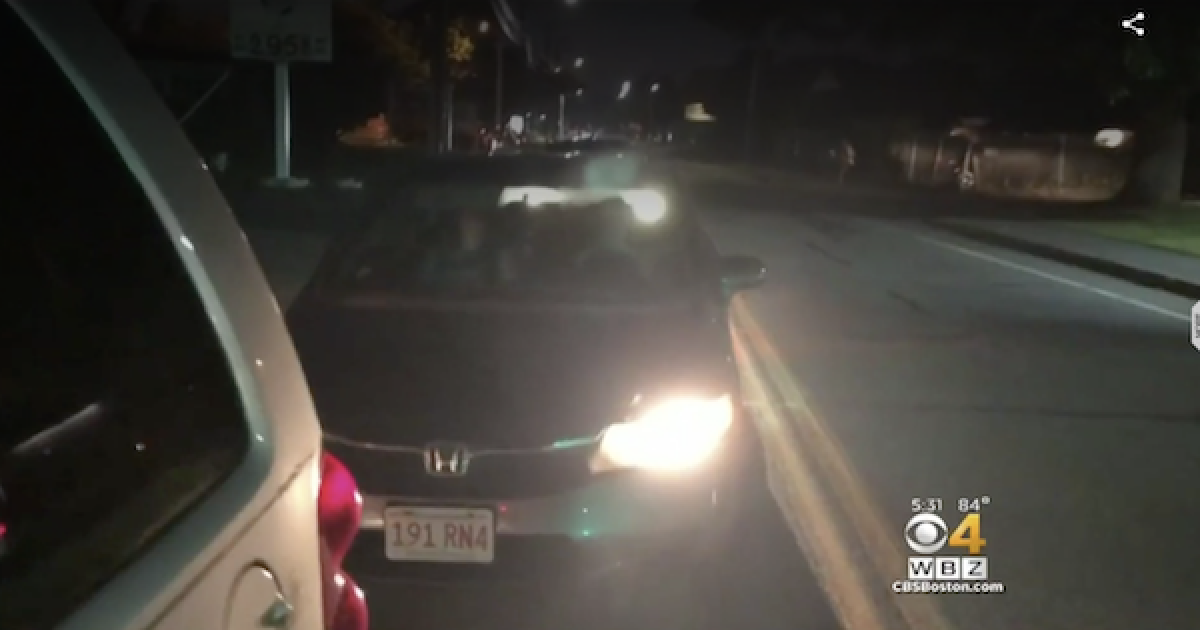 Once again we see another liberal lunatic who has become so unhinged, so filled with rage and hatred for Trump and her political foes that she instigated a near murderous rampage.

A 25-year-old woman from Taunton, Massachusetts, was arrested Monday when she became so unhinged by a car sporting a Trump bumper sticker that she chased the car down and rammed into it with her own car, police said.

Chloe Wright was arrested in Barnstable, MA after she rammed into a car on Monday. She was charged with vandalizing property and leaving the scene of property damage and was then released on $1,250 bail with the stipulation that she stay away from her victim.

But it was a simple bumper sticker that sent this liberal lunatic over the edge. 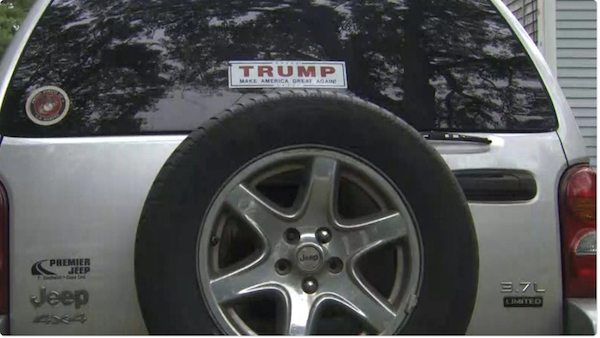 According to the Cape Cod Times:

On June 30, a man called Barnstable police to report a hit-and-run crash. He told responding officers he had been driving south on Bearses Way in Hyannis, and was stopped for a red light at the intersection of Route 28 when the driver of the car behind him began honking the horn, according to a police report.

The man continued driving onto Bassett Lane and the car followed, with the driver still honking, the man told police, according to the report. When he stopped again for a red light at the intersection with North Street, the driver also began yelling, the man said.

“I could hear her screaming out of the car or something, so I thought man maybe something’s wrong with my car,” said the man who did not want to be identified. “I get out, all of a sudden I hear, ‘You’re racist,’ and a bunch of cuss words.”

But it wasn’t Just the screaming, the lady really tried to hurt him. The victim recorded the incident as she first allegedly drove into the back of his car, then clipped his door, missing him by inches. “Her tire was right next to my foot,” he said. “That could have ended really bad.”

The woman was so enraged that she didn’t care if she was seen on the video screaming her fool head off about Trump.

The victim’s video clearly showed the woman and her car license plate, so police had no problem tracking her down.

Earlier this week we reported that psychiatrists have identified what they call Trump Anxiety Disorder.” We call it, “Trump Derangement Syndrome,” a condition in which the political and celebrity classes turn to wild and unrepentant anger to disparage their fellow countrymen regarding the President of these United States.  The syndrome has caused behavioral abnormalities that are downright disturbing, including Kathy Griffin’s infamous beheading stunt and some instance of Democrats merely shouting in anger at the sky, as if to blame the cosmos themselves for Donald Trump’s election. And now this crazy lady.

Watch the news report of the incident below: