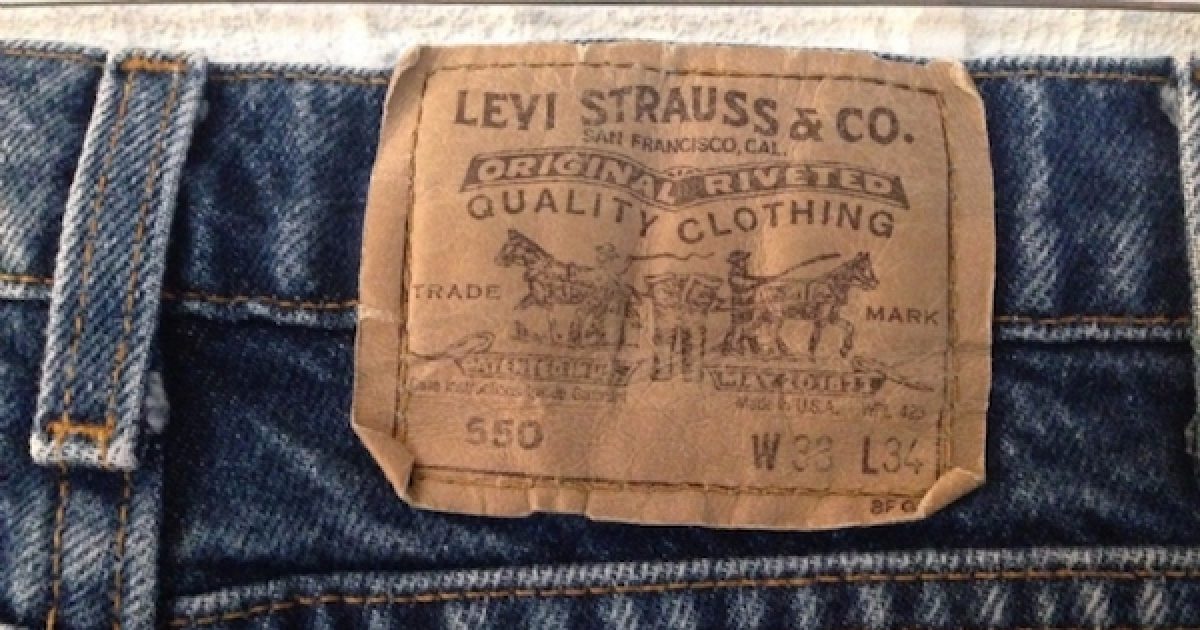 Levi Strauss and Company, a  brand with a heritage in the old west, has announced that it is partnering with the harshest of anti-gun zealots Michael Bloomberg and his Everytown for Gun Safety.

Chip Bergh, the CEO of Levi Strauss, urged business leaders to back new gun-control measures, saying the jeans maker will provide $1 million to activists and partner with Michael Bloomberg’s Everytown for Gun Safety to promote stricter firearm laws. Chip Bergh argued that executives “simply cannot stand by silently” on the issue of gun control, adding that “doing nothing is no longer an option” even though taking a stance might be “unpopular with some.”

Chip wrote an op-ed in Fortune Magazines which began:

As president and CEO of a values-driven company that’s known the world over as a pioneer of the American West and one of the great symbols of American freedom, I take the responsibility of speaking up on the important issues of our day very seriously. We can’t take on every issue. But as business leaders with power in the public and political arenas, we simply cannot stand by silently when it comes to the issues that threaten the very fabric of the communities where we live and work. While taking a stand can be unpopular with some, doing nothing is no longer an option.

That’s why Levi Strauss & Co. is stepping up our support for gun violence prevention. You may wonder why a company that doesn’t manufacture or sell guns is wading into this issue, but for us, it’s simple. Americans shouldn’t have to live in fear of gun violence. It’s an issue that affects all of us—all generations and all walks of life.

He’s correct in a way, Americans should be able to arm themselves, so they don’t have to live in fear of gun violence. Because a nutjob who wants to shoot people isn’t going to worry about a law restricting his access to guns. But he claims he isn’t trying to eliminate the second amendment.

I know that Americans, including many of our own consumers, employees, and other partners, hold a wide spectrum of views related to guns. I’m not here to suggest we repeal the Second Amendment or to suggest that gun owners aren’t responsible. In fact, as a former U.S. Army officer, I took a solemn oath to support and defend the Constitution of the United States. But as retired four-star general Michael Hayden once said, “There are some weapons out there that frankly nobody should have access to. And actually, there are some people out there who should never have access to any weapons.”

Chip (I can’t help it, but that name elicits a picture of a rich snobby tennis player from Greenwich Connecticut). Anyway, Chip mentions  Parkland, Chicago, Oakland, and Baltimore. Strange because the Parkland Shooter purchased his weapons with a background check, the recent nutjob who shot up the video game competition in Florida bought a weapon after a legal background check at his home in Baltimore.  Chicago’s State, Illinois has the strictest gun laws in the country. But the liberals who run the city put so many restrictions on the police the city’s streets have become a firing range. Oakland is in California who’s gun laws are almost as strict as the ones in Illinois. The liberals who run Oakland are also anti-law and order as proven by the Mayor’s recent warning to illegal aliens of an impending federal raid allowing them to escape.  In other words, not ONE of the problem in the locations good ole Chip mentioned had anything to do with gun laws or background checks.

The company put out a tweet with a link to its news statement:

We are stepping up our support for gun violence prevention in multiple ways. Learn more: https://t.co/i0dsULENn1 pic.twitter.com/dtm0oCeuPk

A brand whose very name conjures up pictures of the old west is now working to take away American freedoms guaranteed by the Bill of Rights.  Dick’s Sporting Goods, which also stopped selling specific gun accessories and reportedly hired lobbyists to push for gun control, admitted that its new gun policies at least partially caused its decline in comparable sales last quarter. Let’s hope Levi Strauss has a similar result.