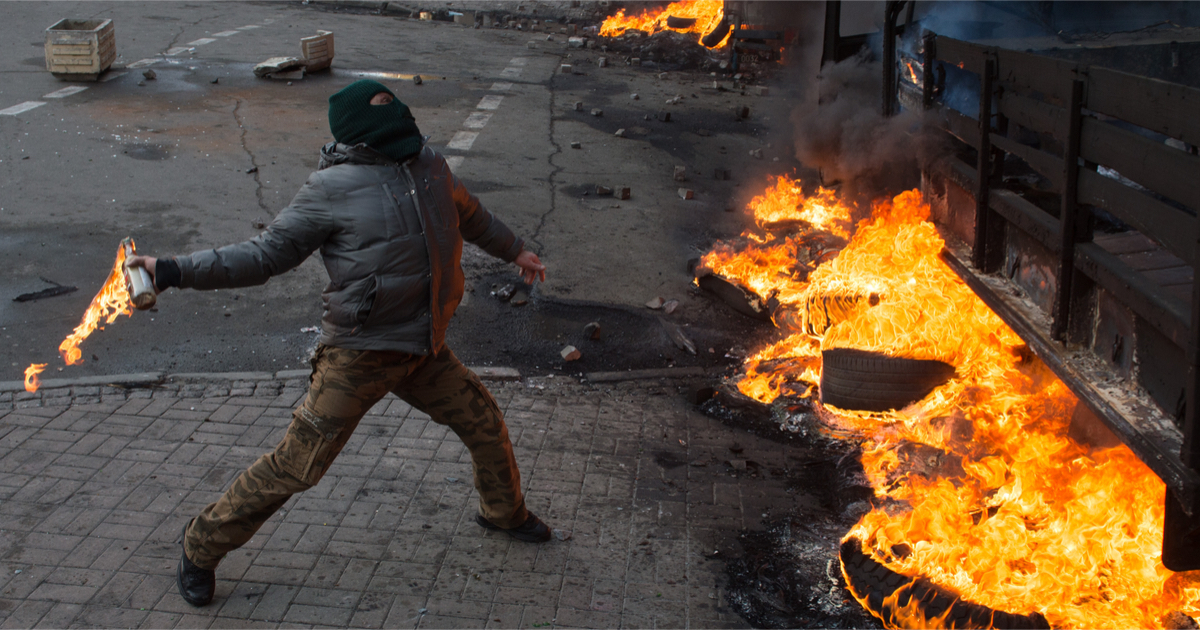 Youtuber Dave Rubin is a former progressive who once worked with the leftists at The Young Turks but has now been reformed into what he describes as a classical liberal. (Rubin’s current views are closely aligned with a libertarian perspective of smaller government and more individual liberty.) Rubin is a regular guest of Fox News’ Tucker Carlson and his most recent visit had him sounding the warning call about how our current political rhetoric is descending into violence.

“The amount of hate that it got caused the guy to delete the tweet because the mob just goes after anyone who dares say let’s be tolerant… If that’s really where we are right now then, yeah, what you’ve been talking about on this show for quite some time about this escalating to violence. Well if we can’t talk then the only thing left is violence and I’m doing everything I can to avoid that. I think you’re trying to do and I think there’s a bunch of other people trying to do it too and we’ve just got to get louder and keep showing people that that’s (talking) truly the answer.”

Duplass is a devout liberal who often tries to reach across the aisle to work with conservatives who support some of the same causes he does. Duplass has been a guest on Rubin’s show (The Rubin Report), he’s also appeared on conservative Steven Crowder’s Louder with Crowder show, and even done some work with Glenn Beck.

Earlier this week Duplass tweeted out his opinion that liberals would do well to follow conservative pundit Ben Shapiro on Twitter. Why? Because reading/listening to what Shapiro had to say could give liberals a better understanding of why conservatives believe/think/say the things they do. Sadly, the leftwing reaction to the tweet was so perverse and angry that Duplass eventually deleted the tweet, apologized for ever saying anything positive about Shapiro, and even seemed to parrot the leftist hate by agreeing that Shapiro might be all the horrible things the leftists were saying about him (he’s not).

Here’s a screenshot of Duplass’ original tweet, see for yourself how innocuous it was:

The backlash was so severe that Duplass tucked tail and ran:

So in 24 hours I apparently went from being a person with good intentions to a racist sexist bigot. Twitter toxifies any attempt to cross the aisle. There’s no conservative Mark could have recommended who wouldn’t receive the same blowback. https://t.co/JEizw69eFH

Leftwing college professor Brett Weinstein was sad to see Duplass fold, and other REAL liberals should be too.

No, you had it right the first time. Listening to those you disagree with is key to enlightenment and progress.

Punishing people who show curiosity is part of a cynical agenda that requires us to remain divided and cartoonish to each other.

The backlash was for breaking ranks. https://t.co/6sxvjk9CBP

This is the ridiculous nature of our political discourse today. Where a liberal can’t even say that you should hear out a conservative without facing intense backlash and horrible insults… we are in a very dangerous place.