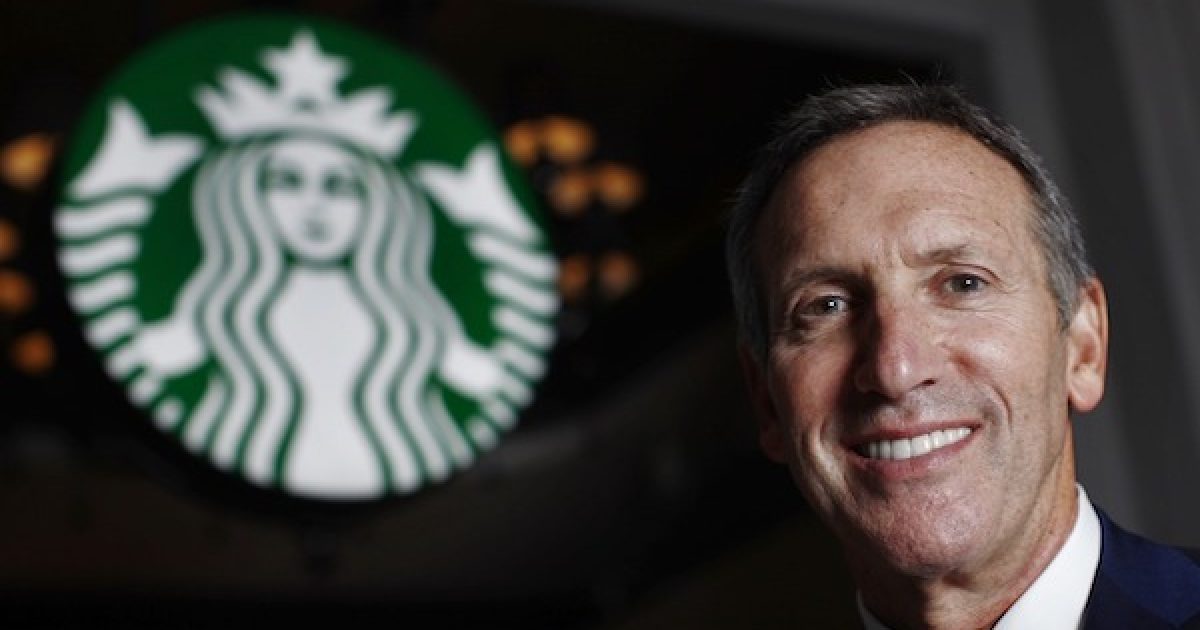 Wow. In a surprising move, Starbucks founder, Howard Schultz, was recently heard arguing that the Democrat Party has swung too far to the left.

He’s right, of course, but one can’t be blamed for cynically wondering if Schultz is saying this merely to make up for the many leftwing decisions the company has recently been seen making. Whether it’s Starbucks’ lack of empathy for police, or their embrace of leftwing social justice causes, or even their extreme anti-gun rights views – Starbucks has long been seen as a partner to many leftwing causes.

Now we’re simply supposed to believe that Schultz isn’t as far left as he seems to be?

To be fair, Schultz’ argument seems based purely on economics, as he wonders how Democrats plan to pay for all of the “freebies” and “goodies” they keep promising to their voters.

Schultz made his surprising complaint about the Democrat Party during his announcement that he would be stepping down from his leadership role at Starbucks to explore the possibility of running for office.

“It concerns me that so many voices within the Democratic Party are going so far to the left. I say to myself, ‘How are we going to pay for these things,’ regarding things like single payer [and] people espousing the fact that the government is going to give everyone a job. I don’t think that’s realistic…

I think the greatest threat domestically to the country is this $21 trillion debt hanging over the cloud of America and future generations. The only way we’re going to get out of that is we’ve got to grow the economy, in my view, 4 percent or higher. And then we have to go after entitlements.”