The left’s prodding and provocation could lead to trouble in the not-so-distant future. 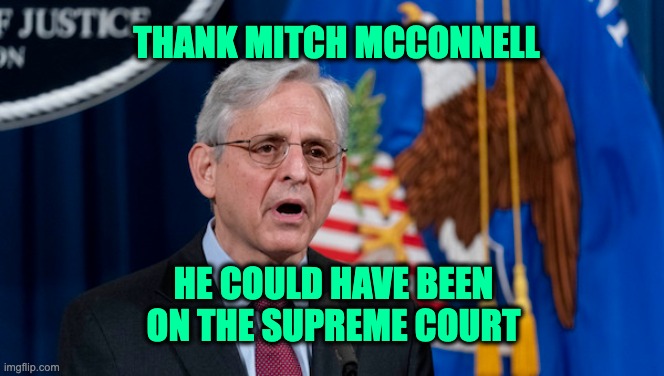 If there is one thing that the liberal left wants more than anything, it’s Donald Trump in handcuffs. Or, at the very least, damage him so much that he can’t run in 2024. leftist dog whistles

Trump, and his entire administration, is triggering to the Democrats – particularly in the progressive posse over on the far left, where the mere mention of the former President is often greeted with unhinged rage. Trump Derangement Syndrome, if you will.

And, of course, this sort of unbridled angst is a significant motivator for political violence in the United States, and we must be careful as to when and where we allow Democratic leaders to harness the power of this sentiment. For instance, when House Rep. Jamie Raskin speaks of the GOP turning “fascist,” he escalates the rhetoric to levels that push us further toward trouble.

Wednesday, as Attorney General Merrick Garland was giving a speech regarding the state of the investigation into the events of January 6th, another leftist dog whistle slipped into the national narrative.

Attorney General Merrick Garland on Wednesday defended the Justice Department’s approach to prosecuting those involved in the Jan. 6 riot, signaling the potential for charges for those who never set foot in the Capitol.

“The actions we have taken thus far will not be our last. The Justice Department remains committed to holding all January six perpetrators at any level, accountable under law, whether they were present that day, or were otherwise criminally responsible for the assault on our democracy. We will follow the facts wherever they lead,” Garland said on the eve of the attack’s one-year anniversary.

The inclusion of “at any level” in his speech is sure to rouse the progressive left’s hopes of having some members of Congress and former President Trump face the music. When this doesn’t occur (for whatever reason that may be), the radical Democrats will be left angry and unsatisfied, and the cycle of political violence in America will get another hearty shove in the direction of disaster.