UPDATE: Lauren Boebert, Who Told Beto ‘Hell No, You’re Not,’ Is Now Running For Congress 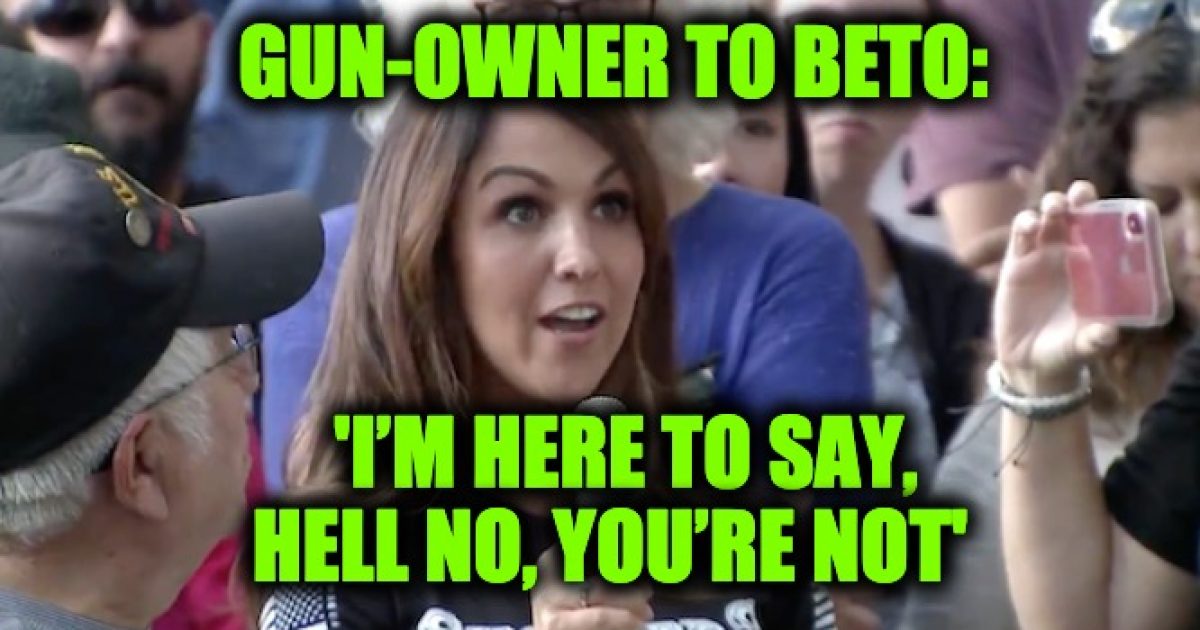 Hell hath no fury, like a woman threatened with being left defenseless. Lauren Boebert Congress

In September Lauren Boebert confronted Beto O’Rourke at a town hall in Aurora Colorado, “I was one of the gun-owning Americans who heard you speak regarding your ‘Hell yes, I’m going to take your AR-15s and AK-47s.’ Well, I’m here to say, ‘Hell no, you’re not.’” Three months later she’s announced she’s running for congress.

She tells him “Hell no!”

O’Rourke’s supporters were so rude to the woman that O’Rourke repeatedly has to tell them to knock it off pic.twitter.com/LD9ORGJHHT

From the Free Beacon:

I would like to know how you intend to legislate evil because it is not the gun, it is the heart of the man that does that. We all have stories. Excuse me,” Boebert said, as the crowd started to yell over her.

“We all have these stories. We all have the experiences. I was living in Aurora during Columbine. I had just recently moved when the Aurora shootings happened. Yet I have very close ties here. Yet all of those people were there defenseless. They had no way to defend themselves against a crazed shooter, so I want to know how you intend to legislate the hearts of men and leave American citizens like myself, American mothers,” Boebert said. “I have four children. I’m 5 foot zero, one hundred pounds, cannot really defend myself with a fist.”

As people started yelling over her, O’Rourke said, “It’s okay. Please let’s allow her to finish.” It is unclear what someone said to Boebert after that, but she told the man beside her she didn’t have her AR-15 with her, but informed him she was carrying a Glock.

“Well, you shouldn’t have that,” the man said. “Don’t worry, sir, I have your back,” Boebert said.

Boebert and her husband own Shooters Grill where she and much of the waitstaff open carry a loaded firearm for self-protection. Appropriately Shooters is in the town of Rifle Colorado According to the Denver Post:

After a man was beaten to death in a nearby alley, Lauren Boebert began openly carrying a gun to protect herself and her staff. Soon after, some of her waitstaff approached her about the possibility of also open-carrying their own firearms during their shifts.

With the waitstaff packing heat, the Western-themed restaurant took on new life.

Today, a sign welcoming firearms on the premises greets customers at the front door. Inside, copies of the Declaration of Independence and the U.S. Constitution accompany the themed menu, which includes such plates as “Guac 9” and “Ballistic Chicken.”

Most important is the fact that the Shooters staff receive regular training,

Legal Heat offers Shooters employees tactical and concealed-weapons training, along with weapon-retention tactics and target practice. In addition to monthly training and safety sessions, waitstaffers use and practice with holsters designed to prevent the gun from being removed from behind by a third party. 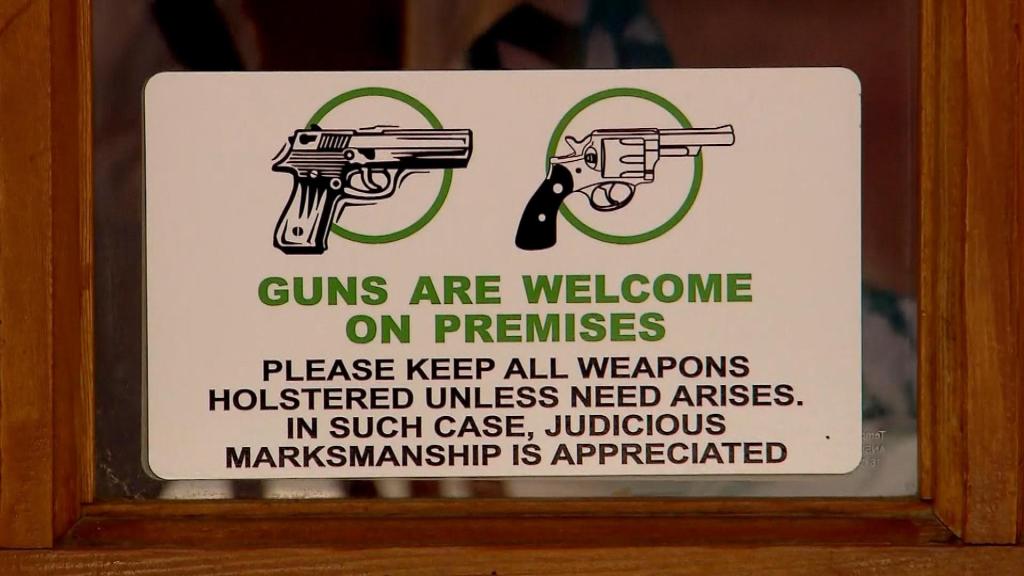 Beto’s promise not only breaks the Second Amendment of the Constitution, but the Fourth Amendment guarantees against illegal search and seizure.

Lauren Boebert is correct in her confrontation of Beto, the only surprising part is that others don’t have the guts to personally confront O’Rourke and his unconstitutional proposal.

For those who are interested, below is a promotional video for Shooters Grill. I wish It was Kosher.

“I was finally fed up enough and made the determination someone needs to be aggressive and passionate enough to give a darn,” Lauren Boebert said in an interview with Colorado Politics. “We have so many Republicans who run as conservatives, but they don’t act as conservative Republicans.”

Boebert, 32, said she’ll file paperwork Monday to run in Colorado’s sprawling 3rd Congressional District and plans to launch her campaign later in the week at her restaurant, which has garnered international attention because her employees carry firearms while they’re at work.

“We have tyrannical socialists absolutely destroying our nation,” she said. “There is a battle for the heart and soul of our nation. I am fired up and prepared to enter this fight with the intention to win. Now is the time where we need to have a loud, disruptive voice in office who is not going to allow these policies to keep dominating.”

Boebert landed in the national spotlight in September when she confronted then-Democratic presidential candidate Beto O’Rourke over the Texan’s proposal to confiscate assault-style weapons.

“I was one of the gun-owning Americans who heard you speak regarding your ‘Hell yes, I’m going to take your AR-15s and AK-47s,'” Boebert told O’Rourke at an Aurora town hall, referring to his remarks in a recent debate. “Well, I’m here to say, ‘Hell no, you’re not.’”

She told Colorado Politics she wants to take the same aggressive approach to Washington, D.C., to take on U.S. Rep. Alexandria Ocasio-Cortez, a lawmaker elected last year from New York, and her fellow members of The Squad, a group of four young, progressive Democratic women of color.

“I’m more fired up and focused to take on AOC and her Squad,” Boebert said. “It’s an atrocity right now that we have these four women running our country into the ground.”

“These Republicans, they’re not qualified to contest her the way I can, and I’m not afraid to do it,” Boebert said. “You hear all these excuses, that he’s just one person, he’s in the minority, and there’s all these other factors and it’s a slow process on purpose. Then how is AOC and her Squad running the country? Don’t give me an excuse that one person can’t make a difference.”

She acknowledged that Ocasio-Cortez and her cohorts aren’t exactly running the country but said they’re setting the agenda without much push-back from Republicans like Tipton.

“They’re definitely shaking up their people and motivating them,” Boebert said. “They’re changing the narrative, and the narrative is following them. And after I’m elected, I’m taking down AOC and the Squad.”