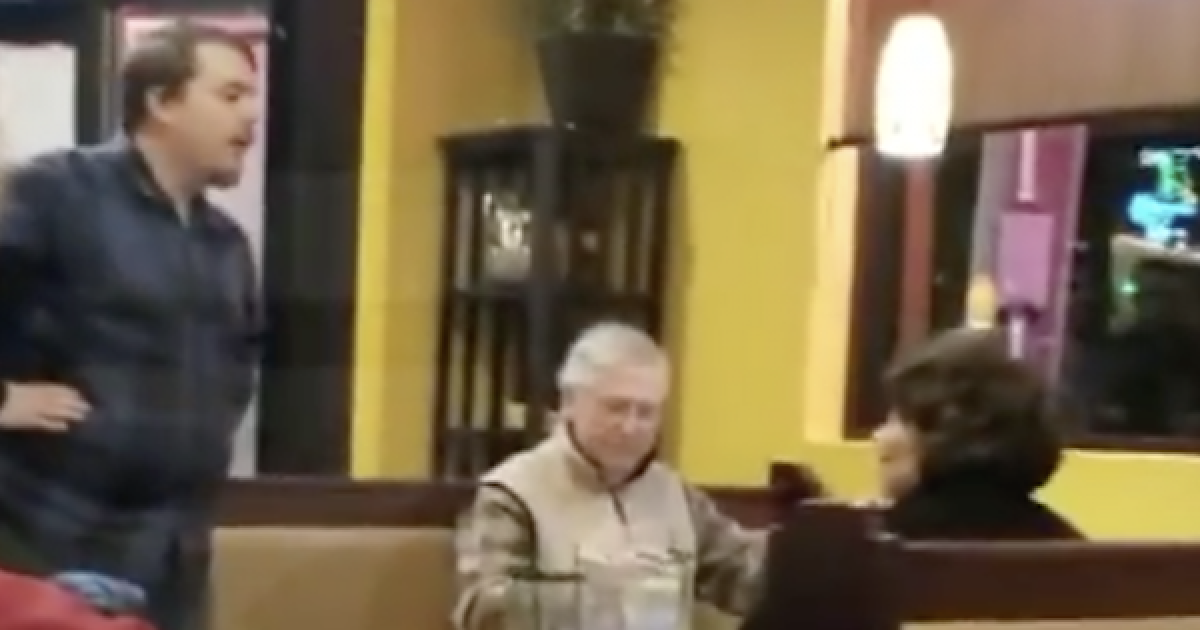 The movement to harass Republicans incited by Democrats such as Maxine Waters, Cory Booker, Hillary Clinton, and Eric Holder has claimed its latest victim, Senate Majority Leader Mitch McConnell and his wife, Transportation Secretary Elaine Chao. The couple was confronted by liberal crazies in a Kentucky eatery one of whom slammed his fists down on their table, grabbed his “doggie bag” box and threw the food out the door of the restaurant.

“Oh yeh, why don’t you get out of here? Why don’t you leave our entire country,” the leftist tells the couple.

Other Diners in the restaurant told the small mob of four men to leave them alone.  According to TMZ,  McConnell kept his cool when the small mob went he thanked supporters, shaking their hands.

“The Leader and Secretary Chao enjoyed their meal in Louisville last night and they appreciate those who spoke up against incivility. They hope other patrons weren’t too inconvenienced by left-wing tantrums. As the Leader often says, the Senate will not be intimidated by the antics of far-left protestors.”

The restaurant, Havana Rumba also released a statement to WLKY regarding the incident.

“We deeply regret the incident that took place at our restaurant this weekend. We strongly believe everyone should feel welcome and safe in our restaurants. It was Friday night in the middle of the rush and our staff was caught off guard as the incident developed quickly. Once we were aware of the situation we acted quickly and efficiently to assure that everyone was safe. For 14 years, we have properly handled every situation that has arisen with no complaints of any kind. We will continue to do so, training our staff and management better. Havana Rumba has always been a welcoming place to all who want to enjoy delicious Cuban cuisine and we are committed to continue bringing that to our Louisville community.”

This is the latest act of political intimidation and or violence conducted by the left. Sadly, because leftists do not have the facts to dispute Republican policies, so the Democrats incite their followers to intimidate GOP leaders. But as Mitch McConnell said a few weeks ago.

‘I want to make it clear to these people who are chasing my members around the hall here, or harassing them at the airports, or going to their homes: we will not be intimidated.’