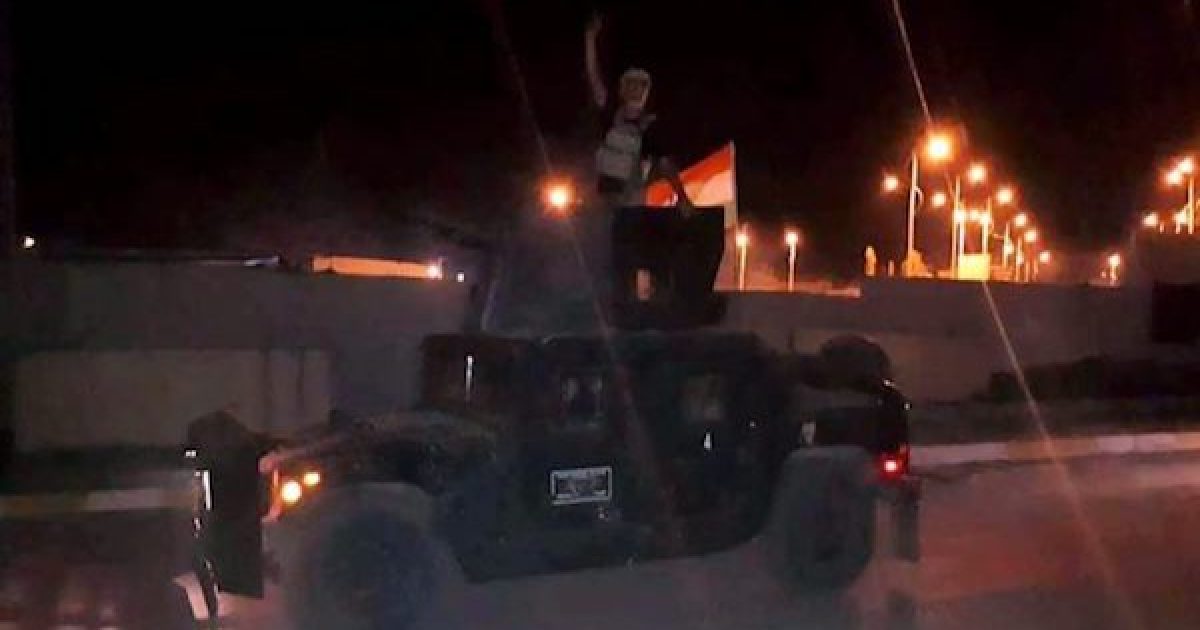 With the stately-paced diplomatic contradances of the Pax Americana disappearing on the rear horizon, now would be a good time to adjust our brains to the “return of history.”

This is not to say that the return of history is a good thing, or that we should rush eagerly to participate in it as if the last 70 years never even happened.

It is, however, to say that after eight years of the Obama presidency, we do not have the means anymore to reinforce a retaining wall against history’s return.  It’s already happening – has been happening for several years – and we cannot stop it.  It is a reality now, and it is what will shape the course of events.  The stasis in which the world largely constrained itself to observe limits set by American power exists no more.

If there is to be a charmed stasis called a Pax Americana again, it will have to be built anew.  The first one was gone a good three years before Trump took office.

The convenience of pretending it was still there has held us intellectually paralyzed for some time, to be sure.  But in 2013 and early 2014, when Iran and ISIS both emerged as forces transforming Mesopotamia and the Levant regardless of recognized borders, and Russia invaded and partitioned Ukraine without meaningful consequence, it was already clear that the post-1945 stasis held loosely in check by a single dominant power had crumbled.

Not just the political character of a nation, but recognized borders themselves, could be materially altered by anyone aggressive and determined enough.  George H.W. Bush and his “This will not stand!” after Saddam invaded Kuwait?  Twenty-five years ago, and no longer applicable.

This is a brief prelude to articulating the obvious opportunity Iran has just created, by reacting to Trump’s decertification and while not designating the IRCG as a terrorist group, he is certainly treating them as a terrorist organization, and sending the Iran-backed militias in Iraq to attack the Kurds.

That’s what happened on Sunday, when the Iran-backed Shia militias, known as the Popular Mobilization Force (PMF), moved into the Kurdish-dominated Kirkuk region of Iraq and began shelling Kurdish positions under the direction of Iranian General Qassem Soleimani.  (The photo in the tweet below is obviously in Iran, of course. It’s a file photo.)

The move could hardly be more “in your face.” As on-scene observers report, the Iran-backed PMF are attacking with U.S. equipment.

Iraq’s central government is an American client and regional partner, and we have sold and given military equipment to it for over a decade. During the battles against ISIS over the last three years – in Tikrit, Ramadi, Fallujah, and Mosul – a paper-thin fiction has been maintained that the PMF are Iraqi forces like any other. The U.S. military has been giving them air support and sharing information and tactical communications with them, because they were fighting ISIS.

But the PMF are ideological Shias, and many (probably most) of their units willingly fight under the direction of Soleimani and his lieutenants. Iraq has her own ayatollahs, and not all the Shias – including the PMFs – embrace political alignment with Iran. But many of them do – and certainly, if they are fighting under Soleimani in Kirkuk, they are Iran’s boys.

The confrontation was building before President Trump’s speech on Friday.  But the timing of this move can be read as Iran’s demonstration of intent: making good on the threat last week to treat American forces as if we are terrorists.

Jafari also said that additional sanctions would end chances for future dialogue with the United States and that the Americans would have to move their regional bases outside the 2,000 km (1,250 mile) range of IRGC’s missiles.

The Kurds are an ally we have armed and supported.  Our own concentration of force in northern Iraq, in Irbil, is in the heart of Kurdish-dominated territory.  It is also a source of significant inconvenience to Iran: it puts our eyes and ears – and those of some of our coalition partners – on territory Iran would much prefer to do militarily advantageous things in, unobserved.

Iran and Turkey have been jockeying to establish preemptive positions in the days since the Kurdish independence referendum on 25 September.  The referendum affects them, and their concerns are legitimate.  Their borders and security are at stake.  But that doesn’t legitimize whatever action they decide to take.

Iran has chosen to jump first with an illegitimate action: an attack inside Iraq, in an area wholly unconnected to the defense of an Iranian border.  Iraq is cooperating by allowing it on her soil and suffering it to be done in her name.

There is no choice here of defusing the situation and “restoring stability.”  Even if a semblance of that could be accomplished, it wouldn’t last more than a matter of weeks.

The reason is simple: there are no unbreachable boundaries that anyone can collide with, in trying to shape what becomes of northern Iraq and eastern Syria.  The “sheriff effect” of American power no longer creates that condition.  As long as there are no such boundaries, the fight will continue until someone prevails by force.

Iran has just struck directly at America’s presence in Iraq, and our partnership with the Al-Abadi government in Baghdad.  She has done it by taking the mask off of the PMF – putting them under the Qods Force commander himself, Qassem Soleimani, in an attack on America’s ally – and using the equipment we provided under the pretense that “Iraqi” forces all really work for Iraq.

The Kurds will fight.  Nothing about this situation demands U.S. boots on the ground (not, at any rate, in numbers larger than what we already have).

People in Kirkuk take up arms as they believe that Iraqi forces, Hashd al-Shaabi will eventually attack their oil-rich city tonight. pic.twitter.com/8Xj3OQU7rX

But what we do will decide whether it is bloody and terrible or not – and whether the instability metastasizes, and whether the outcome benefits or harms us.  There are good reasons for American interests to favor an autonomy settlement for the Kurds, starting with the fact that a “Kurdistan” would lie athwart the long-disputed wind-tunnel between Iran and Turkey, and obviate much avoidable annoyance in that regard by putting it out of dispute.  The whole world, including us, would be better off if the chief patron of that settlement were the United States.

The Iraqi central government in Baghdad, nominal sovereign over the territory, hasn’t been reliable about this matter: i.e., making northern Iraq stable and resistant to depredations from Iran and Turkey.  The PMF attack on the Kurds, timed for Iran’s priorities, clarifies that that isn’t going to change.

If “Iraq” as we have known it is salvageable, the salvage operation had better start Monday morning.  I doubt it will.  From here on, we will see one of the following:

1. Iran and Turkey getting closer to each other as they battle Kurds in northern Iraq, with incendiary implications for the entire region (starting with Syria, which will feel every effect as if the blow were delivered directly).

2. The U.S. brokering a process for pacifying northern Iraq, to the advantage of the current balance of power and with an autonomy settlement for the Kurds as its centerpiece.

3. Russia effectively clientizing the Kurds and thereby designing a new power framework for the Eastern hemisphere: gaining a territorial partnership with spectacular geopolitical and economic advantages for Moscow.

Some form of tactical retaliation against Iran for Sunday’s work might cause the mullahs to draw back temporarily.  It won’t last.  The boundaries are gone, history is back, and the only way forward is history’s way.  Borders and circumspection about them have to come first if you ever want to get to the good works of fostering consensualism and liberal values.