Kristallnacht 80-Years-Ago Today: The First Public Act Of The Holocaust 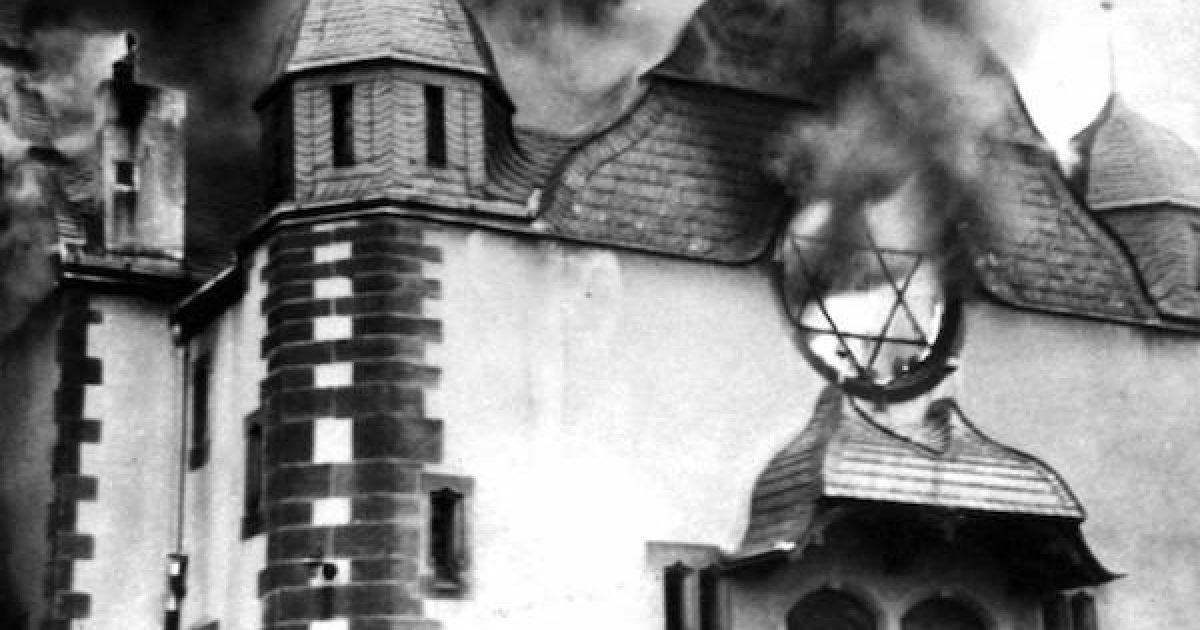 Kristallnacht, the Night of Broken Glass was an anti-Jewish pogrom in Nazi Germany on November 9th-10th, 1938. In actuality, it was much more than just a pogrom. Kristallnacht was the day Hitler’s final solution “came out of the closet.”

Kristallnacht is viewed by many historians as the beginning of the Jewish genocide of the Holocaust. In a coordinated attack on Jewish people and their property, 99 Jews were murdered, and 25,000 to 30,000 were arrested and placed in concentration camps, 267 synagogues were destroyed, and thousands of homes and businesses were ransacked.

The attacks were carried out by Hitler Youth, the Gestapo, and the SS.  Kristallnacht also served as a pretext and a means for the wholesale confiscation of firearms from German Jews and was part of a broader Nazi policy of Antisemitism and persecution of the Jews. Kristallnacht was followed by further anti-Semitic economic, political abuses and horrible genocide.

In the weeks that followed, the German government promulgated dozens of laws and decrees designed to deprive Jews of their property and of their means of livelihood. Many of these laws enforced “Aryanization” policy—the transfer of Jewish-owned enterprises and property to “Aryan” ownership, usually for a fraction of their true value. Ensuing legislation barred Jews, already ineligible for employment in the public sector, from practicing most professions in the private sector. The legislation made further strides in removing Jews from public life. German education officials expelled Jewish children still attending German schools. German Jews lost their right to hold a driver’s license or own an automobile. Legislation restricted access to public transport. Jews could no longer gain admittance to “German” theaters, movie cinemas, or concert halls.

Throughout the world, we remember Kristallnacht, the night the Nazi’s began the Holocaust in earnest.

It’s amazing how little has changed in seventy-nine years. In Arab countries, children’s textbooks are filled with anti-Jewish hatred while others call them “moderates. “Islamic Clerics throughout the world call for the death of Jews.

Sadly Davis’ tale above is not unique, even here in the freest most tolerant nation in the world. The Democratic Party in the United States picked an anti-Semite, Keith Ellison, for it’s Deputy Chairman. Democrats such as NY Kirstin Gillibrand and Gov. Andrew Cuomo protect anti-Semite Linda Sarsour.

Louis Farrakhan, the Antisemitic leader of the U.S. Nation of Islam, has been befriended by members of the Congressional Black Caucus. Al Sharpton, a man who led two anti-Semitic pogroms in NYC, advises Democrats (and is celebrated by Jewish politicians like Senate Minority Leader Chuck Schumer). And Barack Obama the former President of the United States is an anti-Semite. However, no one dared to call him out for is hatred.

Others claim they are only criticizing Israel, but based on the definition of Antisemitism created by State Department, their criticism is Antisemitism.

Three years ago when France was attacked by Islamist terrorists, the White House and State Department refused to acknowledge that the attack on the Kosher supermarket in Paris a few hours before the Jewish Sabbath when families are shopping for their Sabbath Dinner, had anything to do with Antisemitism.

FDR a Democratic Party hero who was elected President four years after Kristallnacht refused to allow Jews to escape to American shores, the British not only denied them entry into England but also closed down their access to the holy land, they could have saved millions but wouldn’t. Jewish blood was cheap.

Former U.S. President Barack Obama reawaken the medieval anti-Semitic blood libel with false accusations against the Jewish State and refusing to acknowledge the Palestinian’s use of human shields and condemning Israel for any civilian casualties. This was despite that his own Chairman of the Joint Chiefs of Staff General Martin Dempsey said that Israel went to “extraordinary lengths” to limit civilian casualties in the recent war in Gaza and that the Pentagon had sent a team to see what lessons could be learned from the operation.”

Jew haters worked with the ADL to prevent Jews from speaking out against the anti-Semitic President of the United States. Jewish politicians walked blindly behind their party’s Anti-Israel President and damn the Jewish people with their silence just to be able to move up the political ladder will not be able to silence us either.

Jews in Congress such as Jerrold Nadler (D-NY),  Sander Levin (D-MI), and Adam Schiff (D-CA), forgot all about what happened on Nov. 9, 1938 and supported the Obama’s legacy deal which will allow Iran to create a nuclear bomb and attack the Jews in Israel and everyone here in America.

A few weeks ago when a crazed anti-Semite rushed into a Synagogue in Pittsburgh Pennsylvania shooting and killing worshiping Jews, instead of blaming the shooter, the media, and the anti-Semitic Democratic Party accused the current president of Jew-hatred, trying to erase the truth that President Trump is arguably the most pro-Jewish POTUS in American History.

Today is the 80th anniversary of Kristallnacht, the start of the Holocaust.

May the memory of the Holocaust started 80 years ago today be a reminder of what happens when the world is silent. May there always be people to speak out against the silence.

And may Americans wake up and realize that one of its major political parties has become the anti-Semite party.