Ken Burns Has A Palestine Problem 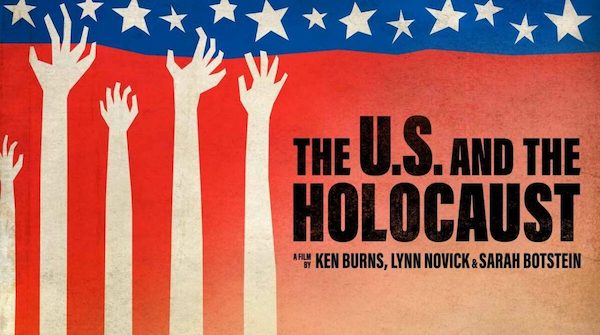 Facebook Twitter Flipboard
by Rafael Medoff and Monty N. Penkower
(Prof. Medoff is founding director of The David S. Wyman Institute for Holocaust Studies and author of more than 20 books about Jewish history and the Holocaust. Prof. Penkower is Professor Emeritus of Modern Jewish History at the Machon Lander Graduate School of Jewish Studies and author of a five-volume study about the rise of the State of Israel between the years 1933-1948.)

For the past five months, in interviews and press releases about his upcoming documentary, filmmaker Ken Burns has claimed that the Roosevelt administration “accepted more refugees than any other sovereign nation” during the Nazi era.

That phrase, “sovereign nation,” struck us as odd. Ordinarily, one would say, “than any other country.” Why emphasize the word “sovereign”?

Now Burns has let the cat out of the bag. Apparently responding to criticism of his handling of the immigration statistics, Burns admitted to an interviewer from The Daily Beast on September 4 that he has been using the term “sovereign nation” to distinguish from the fact that “people escaped to other places, like Palestine.”

Why is Burns trying to disqualify Palestine from the conversation? Why resort to a technicality about sovereignty to try to push Palestine out of the discussion?

Even though Palestine was not sovereign, the ruling authorities there—the Britishindeedy was a sovereign power, and they had to decide how many Jews admit either to the United Kingdom or to the territories under its control. Likewise, President Franklin D. Roosevelt had to decide how many Jews he would admit either to the mainland U.S. or to the non-sovereign territories it controlled, such as the U.S. Virgin Islands.

Sadly, FDR chose to keep Jews out of the Virgin Islands—despite the offer by the governor and legislative assembly of that territory to open their doors to Jews fleeing Hitler. Treasury Secretary Henry Morgenthau, Jr. specifically raised the possibility of admitting the 930 refugees aboard the infamous ship, the St. Louis, to the Virgin Islands in June 1939. But FDR said no, and the refugees were forced to return to Europe; many of them were murdered in the Holocaust.

If Roosevelt had allowed the St. Louis passengers, or other Jewish refugees, to stay in the Virgin Islands, we would surely be crediting him for doing s today. We wouldn’t say rescuing them doesn’t count because the Virgin Islands are not sovereign. The same goes for Palestine.

When we compare the number of Jewish refugees admitted by FDR to the U.S. during the Nazi era and the number admitted by the British to Palestine, we understand Ken Burns’s rhetorical game.

The British authorities ruling Palestine admitted over 250,000 Jews to Palestine during that same period. (We use the numbers cited by Dalia Ofer and other widely-accepted historians.)

Remarkably, even if Palestine is arbitrarily removed from the calculation, the Roosevelt administration still doesn’t qualify as having accepted more Jewish refugees “than any other sovereign nation.” That distinction actually belongs to the Soviet Union.

According to the website of the U.S. Holocaust Museum—which Burns says persuaded him to make the film in the first place—”between 1939 and 1941 nearly 300,000 Polish Jews, almost 10 percent of the Polish Jewish population, fled German-occupied areas of Poland and crossed into the Soviet zone.”

We have no illusions about what life was like for Jewish refugees in the Soviet Union. But those Jews fled there for a simple reason—they chose life, under the Soviets, instead of likely death, under the Germans.

Likewise, in noting how many Jews the British authorities admitted to Palestine, we are not gainsaying the tragic fact that the cruel British White Paper of May 1939 reduced Jewish immigration to a trickle precisely when it was the most urgent. And even the White Paper’s paltry pledge of 75,000 over the next five years was not fulfilled. (Fearing Arab anger over a “flood” of Jews, the British slowly doled out those immigration certificates, not reaching the promised figure until late 1945.)

Nevertheless, it is a fact that the Roosevelt administration’s track record on admitting Jewish refugees was worse than that of either the Soviets or the British.

Even more important than who took in the most is who could have taken in many more. The British could and should have let more Jews into Palestine. Their fear that Jewish immigration would make the Arabs pro-Nazi was obviated by the fact that many Arab leaders, and a large segment of the Arab masses, were pro-Nazi anyway.

As for the United States, the Roosevelt administration deliberately suppressed immigration below what the existing laws allowed. That left more than 190,000 quota places from Germany and German-occupied territories unused during the Holocaust years.

But reminding viewers of all those unused U.S. quota places would mean admitting that it was President Roosevelt’s deliberate policy—not the general atmosphere of nativism and isolationism—that prevented the rescue of those 190,000 Jews. And that, apparently, would not have been consistent with Ken Burns’s chosen narrative.

America And The Holocaust: A Filmmaker’s Perspective