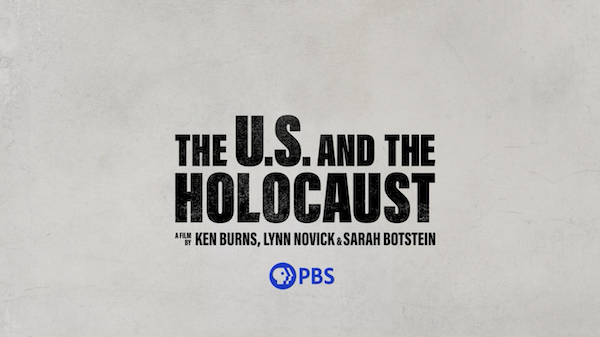 If you’re going to make a documentary film about America’s response to the Holocaust, shouldn’t you at least know how many Jewish refugees were admitted to the United States during those years? Surprisingly, filmmaker Ken Burns appears to be unaware of that basic information—or is, for some reason seeking to misrepresent the facts.

Burns has announced that his forthcoming film will challenge the “myth” that President Franklin D. Roosevelt abandoned Europe’s Jews. That remarkable assertion flies in the face of the historical record that numerous scholars have thoroughly documented. Nonetheless, in recent interviews, Burns has claimed that during the Roosevelt years, the United States “accepted more refugees than any other sovereign nation.” That’s simply false.

Starting with 1933, the year Adolf Hitler and the Nazis rose to power in Germany. America’s immigration laws would have permitted the entry of 25,957 German immigrants. But the Roosevelt administration suppressed immigration far below what the law allowed. That year, only 1,324 German nationals were admitted to the United States. Smaller numbers came from other European countries—961 Poles, 864 Hungarians, 236 Rumanians (and not all of them were Jewish refugees.)

By contrast, the British government in 1933 admitted over 33,000 European Jews to British-ruled Palestine, plus thousands more to the United Kingdom itself, and small numbers to other British controlled-territories.

In the years to follow, the contrast between the Roosevelt administration and the British government was even starker. In 1934, the U.S. accepted 3,515 German citizens—less than 14% of that year’s quota—while the British admitted about 50,000 Jewish refugees to the U.K. and British territories (mostly Palestine).

Later in the 1930s, the British began reducing Jewish immigration to Palestine in response to Arab terrorism—but they still took in more European Jewish refugees than the United States did.

And it wasn’t just the British. Consider 1938, when the Roosevelt administration admitted 17,872 German and Austrian refugees. Both the British and the Japanese rulers of Shanghai each took in a similar number that year. France, too, accepted more Jews than the U.S. that year.

During the years 1939-1941, the overall picture changed, but the United States still did not accept “more refugees than any other sovereign nation,” as Ken Burns erroneously claims.

From 1939 to 1941, the Soviets took in an estimated 300,000 Jews fleeing from Nazi-occupied Poland, according to the website of the U.S. Holocaust Memorial Museum. That was far more than the number of Jewish refugees the Roosevelt administration admitted during those years.

In 1942, the numbers admitted by the American and British governments were similar. In 1943, however, there was a significant gap between the two. That year, the United States admitted just 1,286 German immigrants. The British, by contrast, admitted 8,507 Jewish refugees to Palestine in 1943, as well as small numbers to other British territories. Those trends continued in 1944 and 1945.

Obviously, these immigration numbers do not change the cruel reality of England’s White Paper policy, which blocked most Jewish immigration to Palestine, nor do they change the facts about the Soviet regime’s mistreatment of the Jews in its territory. But the numbers show that Ken Burns is seriously mistaken when he contends that the Roosevelt administration’s record on refugees was better than that of any other country.

None of these immigration statistics are a secret. They all appear in publicly-available Immigration and Naturalization Service charts, which historians have been quoting for decades. If Burns has not seen the charts—or has not read any of the many history books that cite them—that’s cause for concern. If he knows the true figures but is choosing to distort them for partisan purposes, that’s even more troubling.

Sheer numbers aside, there is the problem of the moral relativism inherent in the argument that Burns is making. The Roosevelt administration’s response to the Holocaust should not be minimized or excused just because other countries also did much less than they could have.

Moreover, is it really impressive if the president of a country claiming to represent high ideals of humanitarianism was slightly more generous in admitting refugees than, say, the military juntas ruling in South America? Is that the moral standard by which we, as Americans, judge our country and our leaders?

In fact, the rulers of the tiny South American country of Bolivia—which is only 424,000 square miles—took in more than 20,000 Jewish refugees during the Nazi years. What does that say about the United States, which is nearly 3.8-million square miles?

Translating Burns’s point into more contemporary terms, is it really a badge of pride that America’s meager response to the Darfur genocide was slightly better than the response of, say, Peru or Lithuania? We have a right to expect better from our country.

We also have a right to expect better from our filmmakers. While a full assessment of Burns’s film must await its release, the inaccurate statements that he has been making about the historical record are cause for concern.

Other Posts About FDR And The Holocaust