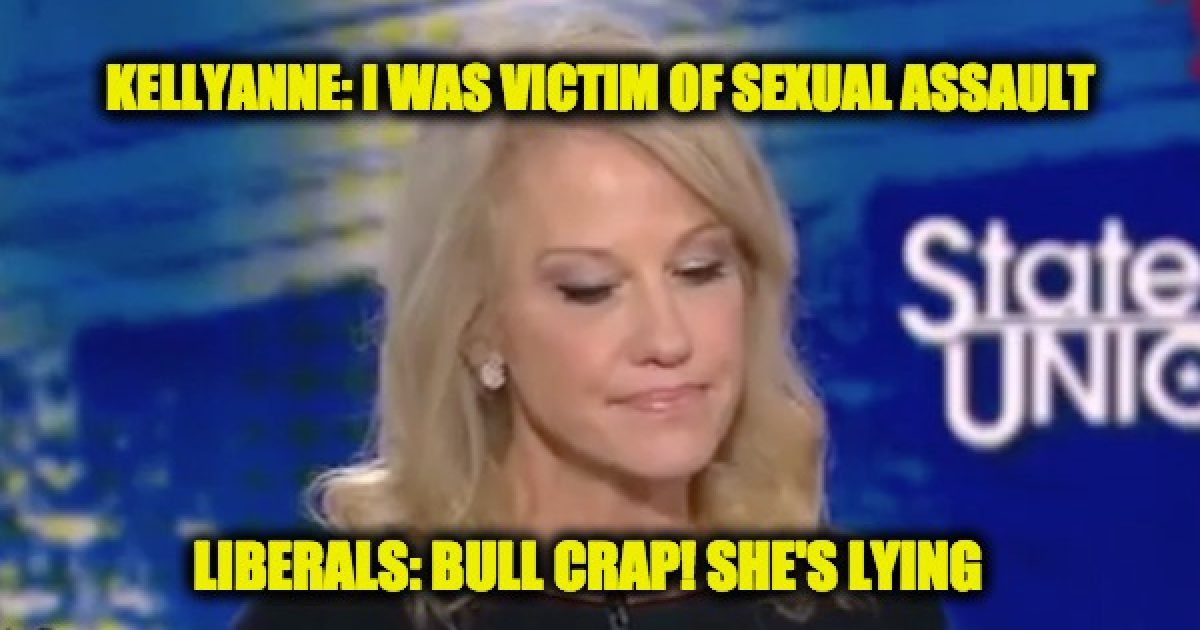 The liberal rule that any woman claiming sexual assault must be believed immediately even if there is no corroborating witness or evidence was first announced in September 2015 at an Iowa Press conference. It was announced by Democratic Nominee Hillary Clinton who said, “Today I want to send a message to every survivor of sexual assault,” Clinton said. “Don’t let anyone silence your voice. You have the right to be heard. You have the right to be believed, and we’re with you.” She even put it up on her campaign site.  The one exception to Hillary’s rule was victims assaulted by her husband, former President Bubba Clinton.

During the recent Kavanaugh hearings Senator Kamala “Thank You Planned Parenthood Funding My Campaign” Harris, Senator “Stolen Valor” Blumenthal, Senator Mazie “Shut Up Men” Hirono,  my Senator Kirsten “the idiot flip-flopper” Gillibrand, and too many other liberals to name in one column, followed that rule announced by Hillary three years earlier. They denounced Kavanaugh as guilty before the Judge, or Ms. Ford testified. And they added a second exception. If a woman was assaulted by Keith Ellison, well she doesn’t count.

On the last Sunday in September 2018 they added a third exception.

Appearing on CNN’s State Of The Union, White House counselor Kellyanne Conway revealed that she’s a survivor of sexual assault.

I feel very empathetic, frankly, for victims of sexual assault and sexual harassment and rape. I’m a victim of sexual assault. I don’t expect Judge Kavanaugh or Jake Tapper or Jeff Flake or anybody to be held responsible for that,’ she said, clearing her throat and pausing to take a breath.

Watching the video, it seemed as Kellyanne Conway was being truthful and didn’t want to talk about her sexual assault. Just before she says it she puts her head down looking very uncomfortable.  I don’t know Ms. Conway except for her TV appearances, but this is the first time I’ve seen her without a smile on her face.

According to the liberal rule announced by Hillary, and used again when Judge Kavanaugh was accused people should believe Ms. Conway right away. But the crazy liberals have another exception just take a look at the tweets below (some of them have adult language):

Fuck off ⁦@KellyannePolls⁩. If you really were a victim of sexual assault you’d be unable to work for & cover for a sexual predator. https://t.co/6QB0iUHCqB

‘I’m a victim of sexual assault,’ declares Kellyanne Conway
Oh my God! This is the most disturbed women – no sense of right or wrong! Her poor kids! ⁦@gtconway3d⁩ ⁦@GOP⁩ ⁦@JeffFlake⁩ ⁦@lisamurkowski⁩ ⁦@SenatorCollins⁩ ⁦@ https://t.co/dIeOFOQU0U

I call BS on her claim that she is a sexual assault victim. No offense to the #MeToo movement, but when a proven pathological liar like @KellyannePolls says this, we reserve the right to question her motives!

I’m so sorry but I don’t believe K Conway, she lies so very much!! Why should I believe her? I don’t!!!

So, she has no excuse for being such a nasty tool of the world’s worst sexist!

Why do you give this woman airtime. All people hear is blah blah blah sorry she was abused, she’s makes such a mess of what she’s trying to say because she gets sarcastic and annoying. She appears on @CNN just to spew her alternative facts “SMH”

If Miss Conway is to enter the fray, she will have to say who-what-when-where. Otherwise, given her record of lying or promoting Potus’s lies or simply making stuff up, she has to spill.

Kellyanne I DON’T believe you.

I am a survivor of sexual assault and i have NEVER talked about is as casually as she just did. I’m sorry but…,

Interviews with KAC are a waste of time. ????
She is playing to an audience of one (????????)
She has to make the (????????) happy.
KAC has
NO Credibility.
NO Substance.
Like @LindseyGrahamSC & @ChrisChristie
She’s hoping for a position with more power
PLAIN & SIMPLE

Boy, these liberal rules are so confusing,