Kayleigh McEnany Slams Jen Psaki, I Didn’t Do A “Ton Of Circling Back”

We "Did Hours and Hours Of Research Beforehand" 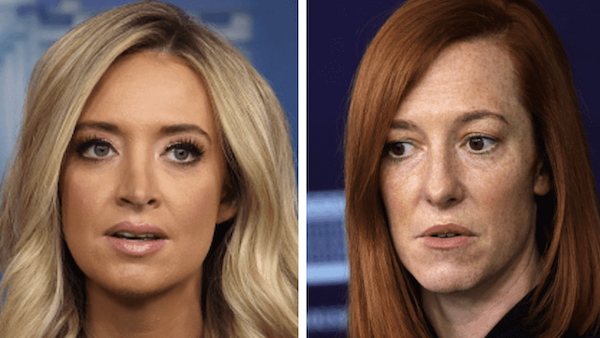 Former White House Press Secretary Kayleigh McEnany took a jab at her successor Jen Psaki, saying she didn’t need to do a “ton of circling back” with reporters because she did a lot of research and had access to her boss.

McEnany, who was recently announced as a Fox News contributor, commented during an interview with “Fox & Friends.”

And while she said she wishes President Biden’s press secretary well, there was certainly an unmistakable air of reasoning on why McEnany was more forthright with answers during her tenure at the White House.

“I wish Jen Psaki all the best. It is a very hard job,” McEnany said. “But that being said, we took great pains in our administration to do hours and hours of research beforehand, days sometimes.”

She noted that President Trump was far more accessible than Biden, who is often kept under wraps by his handlers. “I always knew where my boss stood. Unlike other press secretaries who maybe didn’t have walk-in privileges, I could walk in at any time,” she boasted. “I always knew where his head was at, so I didn’t have to a ton of circling back because President Trump gave a lot of access to me.”

“Transparency is what he [Trump] offered, and Joe Biden vowed transparency. Now he’s set a 100-year record for not going to the podium,” she added.

Jen Psaki has faced much criticism since she began serving as Biden’s press secretary over the past few months – Namely because she frequently fails to answer questions from reporters.

Kayleigh McEnany’s response, in fact, was to a montage video aired by “Fox & Friends” showing Psaki repeatedly dodging questions and telling reporters she’d “circle back” once she has the answers.

Anchor Steve Doocy also referenced an incident with Biden that resurrected claims that the President is being shielded from scrutiny by his staff.

A White House feed was cut on Wednesday at a virtual event after Biden said he was “happy to take questions” from Democratic lawmakers.

The White House staff would never be given permission to cut President Trump’s video feed, which raises the question, who is running the White House? pic.twitter.com/RcG35kt8T2

Doocy noted that this may have been a normal procedure, “It could have been one of those things that we have seen in the past where only his initial comments are telecast, and then they break into discussion groups.”

With that said, Doocy wanted to know, “Why hasn’t he had a solo press conference?”

Biden has faced increasing criticism for not holding a formal press conference since taking office.

That fact led even CNN to describe the President as “invisible,” noting that “an analysis of the past 100 years shows he is behind his 15 most recent predecessors, who all held a solo press conference within 33 days of taking office.” Perhaps that’s due to a combination of patriotism and dementia.  It could be that dementia Joe remembers a section of the Pledge of Allegiance as “one nation invisible,” rather than “one nation indivisible.”

To be fair, why would Biden need to do a press conference when the media does his messaging for him?

“It’s exactly like the campaign. That was his strategy all along,” McEnany claimed. 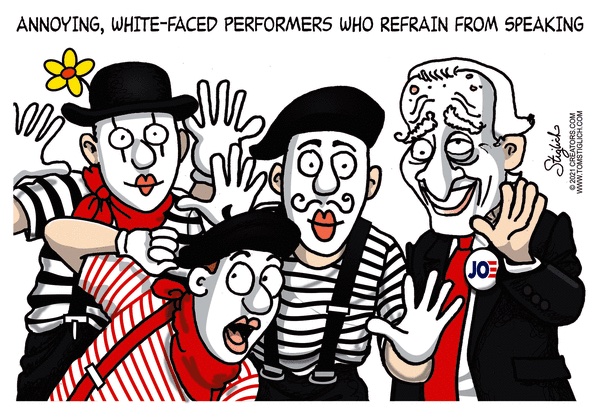 When asked about McEnany’s new role as a Fox News analyst, Jen Psaki thankfully didn’t have to circle back.

A reporter queried if she would be willing to sit down with McEnany for an interview, to which Psaki replied: “Sure. I’ve done ‘Fox News Sunday’ twice now. I’m happy to go on a range of shows.”  Chris Wallace, the anchor of Fox News Sunday, is more likely to be friendly to another liberal.