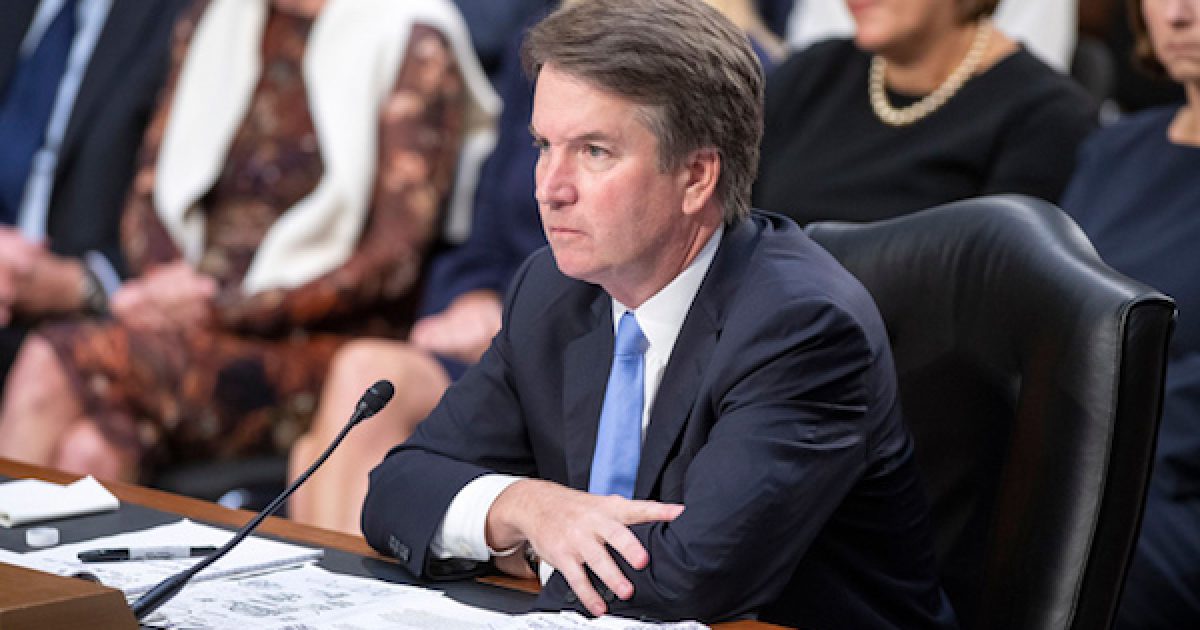 It still boggles the mind that Diane Feinstein wants the FBI to investigate a case that is outside of their responsibilities, past the statute of limitations, and the supposed victim says it happened at a party that she doesn’t remember where it was held the year and date in which it was held, and at whose house. The only thing she remembers is her age and some of the people who were there. Last week the Democrats were screaming the supposed victim must be heard, now New York’s mentally challenged senator Kirstin Gillibrand is screaming how dare you ask her to testify. Through all this nonsense one fact is being left out of the reports.  It is no longer a case of “he said, she said (Kavanaugh vs. Ford), now it is a case of “he said, he said, and he said vs. she said,” as two other people mentioned in Dr. Ford’s letter have come out and said what she is talking about never happened.

First, it was Mark Judge who was allegedly in the room with Kavanaugh and Ford at the time denied the incident ever happened, or that the party ever occurred.

On Wednesday, the Daily Caller reported that another “witness” who was supposedly present when Judge Brett Kavanaugh allegedly assaulted Dr. Christine Blasey Ford 35 years ago says there was no such party and no such incident.

Patrick J. Smyth, who attended high school with Kavanaugh in the early 1980s, issued a letter through his lawyer stating flatly that he doesn’t remember such a party and never saw Kavanaugh misbehave around or toward women, CNN reported early Wednesday morning. Smyth’s letter comes on the heels of a statement from Mark Judge — who was allegedly in the room with Kavanaugh and Ford at the time — that also denied such a party ever occurred.

“I understand that I have been identified by Dr. Christine Blasey Ford as the person she remembers as ‘PJ’ who supposedly was present at the party she described in her statements to the Washington Post,” Smyth said in the statement obtained by CNN. “I am issuing this statement today to make it clear to all involved that I have no knowledge of the party in question; nor do I have any knowledge of the allegations of improper conduct she has leveled against Brett Kavanaugh.”

“Personally speaking, I have known Brett Kavanaugh since high school, and I know him to be a person of great integrity, a great friend, and I have never witnessed any improper conduct by Brett Kavanaugh towards women. To safeguard my own privacy and anonymity, I respectfully request that the Committee accept this statement in response to any inquiry the Committee may have,” he added.

As the Daily Caller reported, three of the four individuals named by Ford have now denied the incident ever happened.

Additionally, some people, including a friend of the accuser, have indicated that Kavanaugh did not conduct himself in the manner described by Ford.

One Democrat member of the Judiciary Committee, Sen. Mazie Hirono, has even blamed all American men for the controversy, saying they need to “just shut up and step up.

The best response to her was a tweet by Kurt Schlichter who told her “Go F*ck Yourself” (asterisk added).