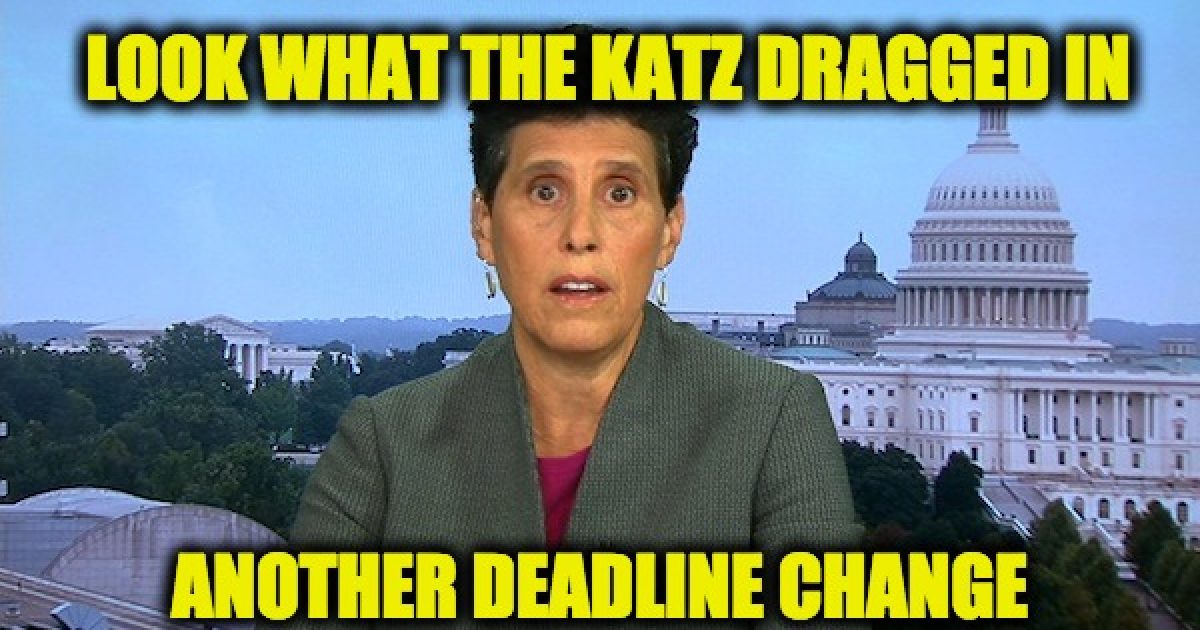 Facebook Twitter Flipboard
Debra Katz, Attorney for Christine Blasey Ford, the woman accusing Judge Kavanaugh, sent a letter to the  Judiciary Committee Friday night calling the 10 p.m. timeline set by Chairman Chuck Grassley (R-IA)  “arbitrary” and an “aggressive and artificial” deadline. And “modesty” requested she is given another day to decide whether to testify.

“Its sole purpose is to bully Dr. Ford and deprive her of the ability to make a considered decision that has life-altering implications for her and her family.  She has already been forced out of her home and continues to be subjected to harassment, hate mail, and death threats,” Katz wrote.

It is Katz who is doing the bullying. Originally the deadline was 10am Friday, that deadline came and went.
In the afternoon Grassley announced:

“I’m extending the deadline for a response yet again to 10 o’clock this evening. I’m providing a notice of a vote to occur Monday in the event that Dr. Ford’s attorneys don’t respond or Dr. Ford decides not to testify,” Grassley said earlier Friday.
He added that if they couldn’t get a deal on “a reasonable resolution as I’ve been seeking all week, then I will postpone the committee vote to accommodate her testimony. We cannot continue to delay.”

As Mark Finkelstein commented at Newsbusters:

So Ford is not just not ready. She’s not yet “at all” ready. In contrast, it’s fair to assume that Brett Kavanaugh will be composed, consistent and confident in his statement, and ready to take on the worst that the Judiciary committee Dems can throw at him. He already breezed through the first set of hearings, with his antagonists not laying a glove on him.

It’s incredible how everyone cares about Ms.Ford and her feelings, but no one cares about Kavanaugh and his family, who may be entirely innocent. Kavanaugh’s family has received death threats also, but only Fox reports the harassment the Kavanaugh clan has been subjected to.
Facebook Twitter Flipboard