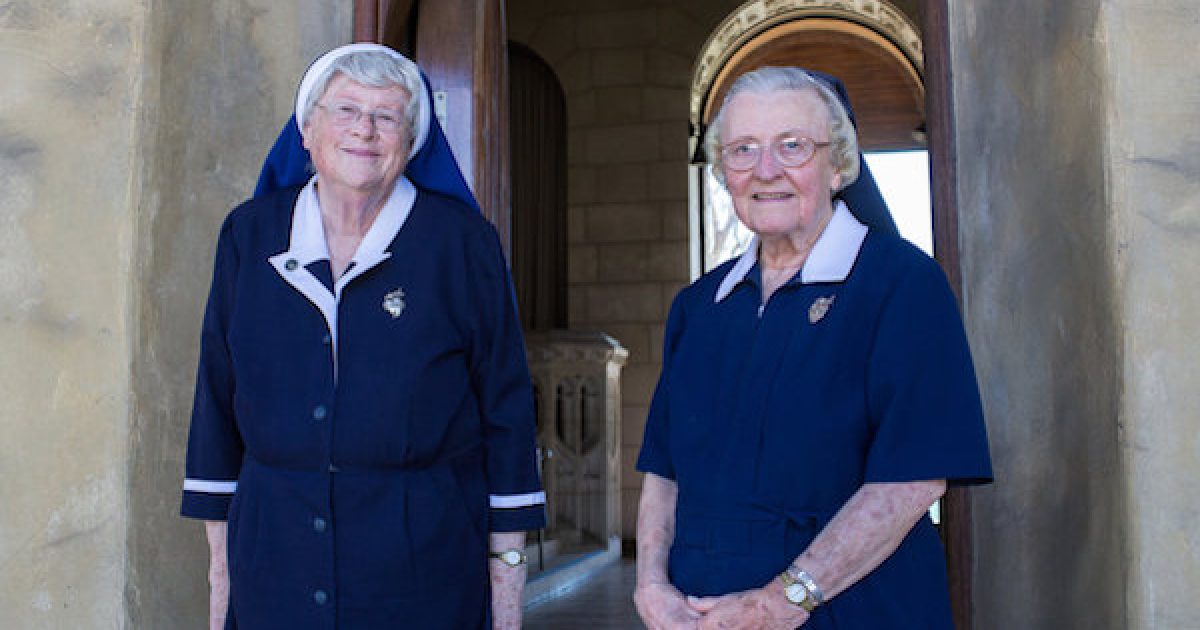 Pop singer Katy Perry should be exactly the sort of preening, arrogant “rich people” that the elitist denizens of Hollywood claim they hate the most. Especially after her effort to destroy lives of an enclave of unassuming Catholic nuns. Yet, despite the ruination that this unremarkable singer has wrecked on this group of women of God, not a soul in Hollywood has spoken a word against her.

Perry is one of those singers who is very popular now, but will eventually have no lasting impact on American music. Her “hits,” such as they are, songs such as “I Kissed a Girl,” “Roar,” “Part of Me,” and “Last Friday Night,” are songs that will never reach the iconic status of the Beatles, Elvis, or even the Bee Gees, Michael Jackson or Prince. Perry’s songs aren’t terrible, certainly, but they just have no important place in the pantheon of American artists. They are forgettable toe tapers that won’t long be remembered when she finally passes from the scene.

But whatever her oeuvre will mean to music history, her work has made her rich and famous in her time. And it has all clearly gone to her head.

In her avarice, Perry decided that she wanted to own the property where an enclave of nuns have lived for decades. Perry, you see, wanted the property occupied by the Sisters of the Immaculate Heart of Mary’s convent. The nuns’ building is located in the ritzy Los Feliz neighborhood of Los Angeles and is an incredible manse with 25 bedrooms, 24 bathrooms and sits on eight acres.

Without bothering to talk to the nuns who live there, Perry struck a deal with the assumed owner of the property, the Royal Catholic Archbishop of Los Angeles, headed by Archbishop Jose Gomez. Perry forked over around $14.5 million to buy the property in 2015.

But the nuns say that the Church does not own the property and Perry never bothered to ask them their opinion of the supposed sale of their home for the last 45 years.

Of course, this story is not about two rich and powerful people going head-to-head. This is about a spoiled, super-rich party girl facing nuns who have no money because of their vow of poverty and service to God and man.

Shouldn’t this be exactly the sort of arrogant, self-centered “rich person” that Hollywood pretends to hate because, you know, in their assumed role as protectors of the common folks, they are all about helping the powerless… or something.

Sadly, one of the nuns Perry is trying to dispossess has already died from the stress this flash-in-the-pan singer has caused.

One of the nuns Sister Catherine Rose Holzman (on the right in the picture above) amazingly died right in the courtroom as she tried desperately to protect her religious order from the greedy pop singer.

Sister Holzman had appeared in court to protest Perry’s take over of the property.

As the Chicago Tribune reported:

“Katy Perry, please stop,” the nun said on Fox 11 in Los Angeles. Please stop trying to buy the Sisters of the Immaculate Heart of Mary’s convent, even though the nuns had gone to court to block the sale.

“It’s not doing anyone any good,” Holzman said, then walked into a courtroom, collapsed and died….00.

Another sister of the convent, Sister Rita Callanan, was also on hand during the court case. “I found her videos and . . . if it’s all right to say, I wasn’t happy with any of it,” Callanan said of the singer.

But Sister Callanan insisted that she and her sisterhood have the right to the property, so the sisters had arranged a different deal with a developer who would pay a full million dollars more than Perry and promised to keep the convent open to the public.

Holzman insisted that the deal the sisters made was better both for them and for the church.

But things took a bad turn for the nuns. The archdiocese took the sisters to court when the restaurateur that the women had made their deal with was convicted of fraud and ordered to pay the archdiocese millions in damages for trying to interfere with the church’s sale to Perry.

Sister Holzman said that the women had no choice but to appeal to the singer.

Again per the Tribune:

“We asked her to save us,” Holzman told the cameras outside the courthouse. The nuns had accepted that the legal system would not save their convent from being sold to a pop star, so they pleaded with the Vatican and Perry herself to take mercy.

Then they stood up and walked into the courtroom, and only one came out.

Sadly, Perry defeated the nuns and refused to listen to their pleas. In an April 13 court ruling, Perry stopped the nuns from completing the sale they contracted to make. Perry’s way was cleared to take possession of the convent from the archdiocese.

The nuns are already finding Perry’s meddling in their lives is doing them no good.

Sister Callanan is now at a tiny convent attached to St Bernadette’s Catholic Church in Los Angeles; the convent is a depressing building, grey and cold, not even a hundredth of the size of their spiritual home.

She lives frugally and can’t buy expensive groceries, as she now has to rely on a stipend – a regular sum of expenses – from the RCA, which she says is barely enough to survive and was reduced this month. She says the archdiocese refuses to pay any of their legal bills.

“The archdiocese pays my rent and bills where I am – £358 for rent and £179 for a housekeeper – but the rest comes out of my stipend, which they’ve reduced by £538 a month,” she explains.

“My health insurance has only been partly paid recently – I got cancellation notice from health insurance, as they didn’t pay the bill, so I had to borrow money from a friend as I didn’t want it canceled. I was two months in arrears. They better pay it back to me.”

“I have health issues, I have diabetes and breast cancer. They don’t pay some of the bills on time, I said when it comes to this sort of insurance, you have to pay it. I don’t know if I’m covered, I’m supposed to be, that’s all I know. Sister Catherine Rose had an unpaid medicine bill for £500 then she made out a check to the pharmacy and it bounced. It’s horrible.”

“He is claiming he’s taking care of us, that’s not true. We send bills up there and they don’t get paid. I get my stipend, but it’s not leaving me enough for living expenses for the way the cost of living has risen groceries.”

This is nothing short of a disaster for these women.

Now, with all this, imagine if this situation was being forced upon these poor women by a hedge fund billionaire, an oil man, or a banker. Hollywood would be screaming about how evil this “rich white man” has been toward these women.

Hollywood would most assuredly be looking to destroy a normal, everyday, rich white guy if one had been at the center of a plot to oust a pack of nuns from their home just because he wanted to steal away their property.

Yeah, it would be never-ending hashtags, moaning about the evils of society, and pontificating on social justice.

But, super-rich Katy Perry perpetrates this and we get… silence.

What could better show Hollywood’s hypocrisy?