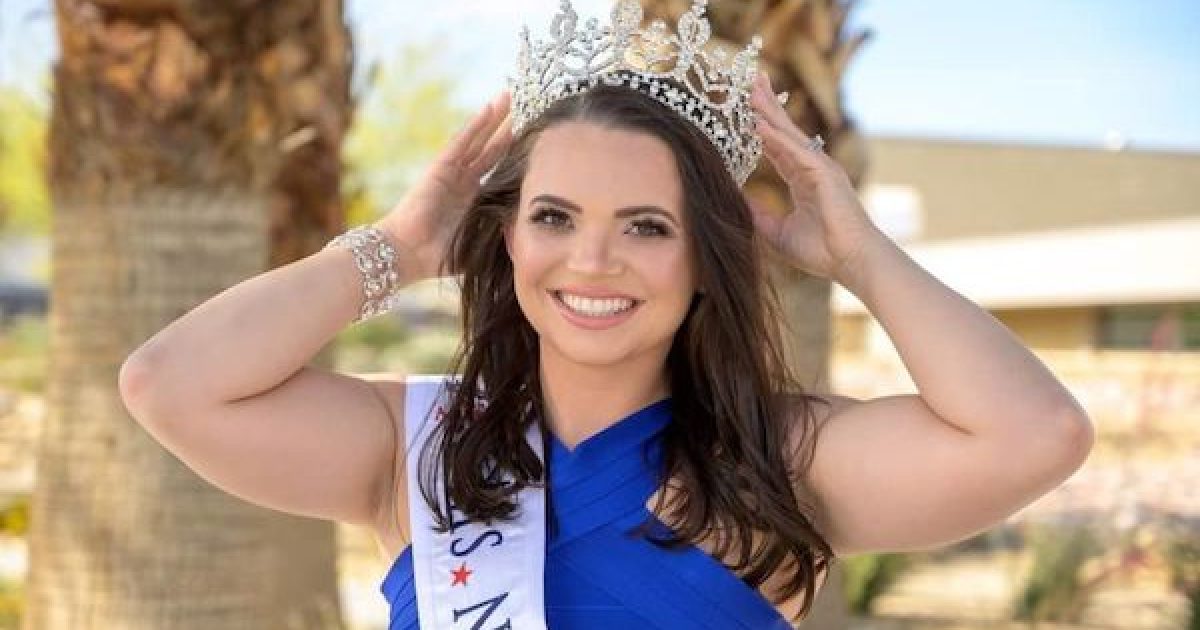 On Sunday, Katie Williams, a combat veteran and a member of the Army National Guard, said she was stripped of her title of Miss Nevada 2019 and disqualified from competing in the Ms. America pageant because of her conservative, pro-Trump political views (yes it’s Ms. America, not Miss America).

This reportedly happened AFTER Williams was encouraged to get a photo of herself in her sash with President Trump and Donald Trump, Jr. per CBN:

“I feel like if I have more liberal views and less conservative views then this wouldn’t even be an issue. She assured me that that was not the case. And yet as soon as I turn around there are posts about the Human Rights Campaign, which are great. I’m all for the Human Rights Campaign. But for them to not say anything about that and then for them to criticize me for supporting my sitting president? I couldn’t even believe it,”

Screenshots of what was described as her online conversation with Susan Jeske, CEO of the Ms. America Pageant, were posted to Twitter. Ms. Jake also wanted her to wear her sash and get a picture with Rep. Dan Crenshaw because “Congressman Crenshaw is cute with his eye patch too!”

This is one of the pictures that the Pageant Director got upset about that Katie had posted on her own personal Facebook page. pic.twitter.com/EyYDURQvKM

It appears that Williams may have been the victim of a set-up.

Made one for the Pageant just like I was asked too. https://t.co/OhaqMfSoc2

Then disqualified because of these political posts. And I “mixed” pageant and politics. pic.twitter.com/xxEy5iI5Vi

She also posted her email to Jeske in which she observed what seems to be a distinct double standard:

My response after her email stating I’m disqualified.

Here are screenshots of the Facebook conversation I had with Susan Jeske, CEO of the Ms. America Pageant, showing her initial support of my political beliefs. pic.twitter.com/3wEfZG6DQB

She addressed the issue in a video posted online:

Thank you to everyone who supported me, but I have to get this off my chest!

This isn’t the first time something like this has happened, at the end of July Miss World America stripped conservative Kathy Zhu of her Miss Michigan title over her conservative political tweets, And I am sure Katie Williams won’t be the last. Viewpoint discrimination against conservatives and those who support the president is now considered okay by the very people who claim to decry bigotry and prejudice.