Rep. Katie Hill’s New Brand Of Sexism! Out With The Old. In With The New! 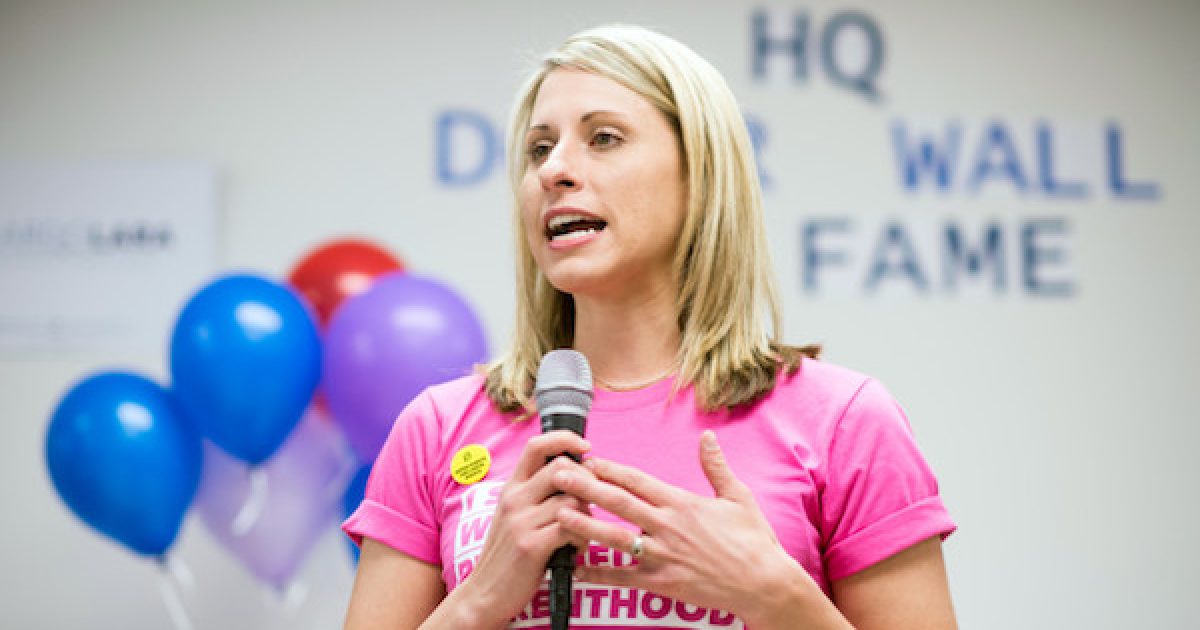 After taking office in Jan 2019, California Democrat freshman Congresswoman Katie Hill was quick to call out the “archaic sexism” running rampant in Washington DC and promising to eliminate it. From the looks of it, she’s working overtime on that mission! But she isn’t eliminating sexism. She’s giving it a new lease on life and in the immortal words of Shifty Schiff, I’ve seen the evidence with my own eyes! (Pass the eye bleach!)

It seems the MAJORITY of Democrats in DC are working overtime to perfect hypocrisy. It’s like watching an “Animal House” marathon 24×7. I am so done with the blatant in-your-face disregard for law and the seemingly never-ending hypocrisy of the Left.

They accuse Republicans of not being transparent. For being secret. Being sexist, racist, liars, thieves, and pretty much every other name in the book. This new breed of young Progressive Democrats gives a whole new meaning to indulgence, unfettered power, and total lack of responsibility.

My Congressional district seat is occupied by Congresswoman Katie Hill. A Democrat. She was part of the “Year of the Woman” for the Democrat party during the 2018 election cycle. And just like Alexandria Ocasio-Cortez (AOC), Rashida Tlaib, and Ilhan Omar, she has no boundaries, no rules, and no real understanding of our Constitution.

A few weeks back I started covering stories about this new wave of young Democrats and the blatant, in-your-face way they conducted business. Let me tell you, within 24 to 48 hours I received a flood of emails, links, and calls with more details that “I needed to know and see”. I have received over 700 images, pictures, texts, and notes on the escapades of one Katie Hill, both before and after her election.

NOTE: Ms. Hill is currently in divorce proceedings with her soon to be ex-husband. This piece is not about her divorce issues. That is their personal business and should be no one else’s business. This piece strictly focuses on her total disregard for her position as a Member of Congress and her inability to live up to and follow the same rules she holds others to, like President Trump and every Republican on the planet.

Katie’s campaign was amazing. Millions came in from Bloomberg, Pelosi, and the rest of the Democrat team to make sure she and other local Democrats took control of a very strong Republican area in California. Katie’s young team worked hard for her and got her elected.

Upon arrival in Washington DC, one of the first things she did was comment about how sexist DC was, lamenting that she was being hit on and nasty comments being made about her. Younger Congresswomen said they were being looked “up and down” and that some were greeted with “Hey Beautiful.” Others were criticized for their attire.

Katie and the others declared this sexism would no longer be tolerated, vowing they would be “pulling back the curtain on what many see as a pervasive, institutionalized culture of sexism on Capitol Hill, calling out specific incidents of sexism directly to try to force change in the way Washington works.” GREAT! I think that’s wonderful.

In a CNN article from April 2019, Rep. Katie Hill said, “It is archaic sexism.” In another CNN interview Katie was quoted saying, “I think it’s more of this ingrained institutional piece of it that has to be broken down and the only way it can be broken down is by seeing women as your peers and over and over and over again and having those kinds of behaviors not be accepted.”

In an interview with Lily.com she raised eyebrows when she revealed a conversation, she had with a male member of Congress about one-minute speeches that were being made on the House floor.

“I called him ‘Mr. One Minute’ or ‘One Minute Man,’ or something.” Hill told Lily.com. (I guess making an off colored joke?) “I didn’t even think about it that way, but he was like, ‘I can also be Mr. Five Minute Man or Mr. Whatever Minute Man You Want.’ It was in front of people, and the rest of us were all looking at each other. One of my young colleagues said, ‘Well, that took a turn.’”

Hill says that is not her only example of inappropriate comments and situations she’s endured since taking office in January.  It must have been Hell for her in that kind of environment, considering all that sexual innuendo and pressure.

Many stories (note I said stories) about these young Congresspeople in DC having a great time partying and enjoying their newfound power and money, all the things they railed against. How quickly they adapted!

After all Katie’s complaints about off-color jokes and comments, she was, ironically, caught on camera by VICE during the campaign making a sex joke about one of her staffers. She refused to apologize. The video provided a glimpse into the culture of the Hill campaign’s headquarters.

During a major fundraising push, Katie was heard saying: “We are all doing like booty-call texts. Well, Kelsey is. She is texting all of her ex-hookups.” Hill goes on, saying: “You have 28 minutes. That’s probably longer than most of the times you’ve slept with them.”

The staffer is seen staring uncomfortably at her laptop during the joke. Sexist? Another staffer exclaims, “Katie! You are on …” and abruptly stops. Why stop if it’s OK? Isn’t that a form of sexism? Just askin’!

Katie told the Times she was just being herself. Good to know!

Katie Tweeted that she “opposed the Kavanaugh nomination because he is a threat to reproductive health, campaign finance reform, and our workforce. But now we’re talking about putting a serial predator up for a lifetime appointment in the highest seat we have in the U.S. That can’t happen.” Take note of the “serial predator” part, we’ll come back to that in a bit.

Stay with me here people, I’m laying a foundation to show you the unmistakable solid hypocrisy and disdain that people on the Left, like Rep. Katie Hill, has for many Americans and their values.

The Washington Blade wrote a story that started with: “Rep. Katie Hill, an out bisexual from Southern California’s 25th District, announced her decision to vote for the impeachment of President Donald Trump.” And quoting Katie as saying: “I believe in our country, in the Constitution, and in the checks and balances we have in place to protect our democracy. Those rules have ensured that our government is and will always be of the people, by the people, and for the people. At this point, I believe a threshold has been crossed by this President and those checks and balances are in jeopardy.”

Take note of the words: Those rules have ensured that our government is and will always be of the people, by the people, and for the people.

Shortly after that story ran, Hill’s Husband posted on his Facebook and Twitter accounts, “Out Lesbian? She has been married to me for 15 years and for the last year she has been sleeping with her campaign finance director.” Nothing illegal going on there. But definitely hypocritical considering her stance on sexism and all the sexual garbage she complained about going on in DC.

Pictures I’ve seen show her in sexual situations with her female finance campaign staff member. Text messages confirm that they were in a “relationship” (while still married). The Finance Director for the campaign at that time was Graham Kelley. The name is important, not to embarrass, but to validate how this all ties together.

The young lady in those pictures is still on her campaign staff and to date has been paid over $8 thousand according to financial reports. However, Mr. Kelley no longer works for the campaign and is now employed in Hill’s Congressional office as her Legislative Director.

And therein lies the problem.

Remember when Hill said ”Those rules have ensured that our government is and will always be of the people, by the people, and for the people”? Well, congress has rules. Rules she swore to uphold. Rules she chose to ignore and break. Yes chose!

If rules are made to be followed, then they should be followed by everyone. Neither Hill nor her campaign has denied any of this. News sources have reached out to her office with no reply. There have been several stories in national papers and still no comment from Hill’s office.

Democrats and the media will usually jump all over a Republican for not denying allegations… Well, Katie?

Hill calls herself a leader in the Party. Is this what we can expect from their Party leaders?

Many Democrats fought Trump from day one. Waters, Schiff, Pelosi, Schumer and so many more saying or suggesting that the Russians had the goods on Trump that made Trump a threat to national security because they had proof he was in a hotel room with Russian hookers and they had nude pictures. Schiff wanted them so bad that he got scammed into believing that Russian pranksters had those pictures for him.

So what does all this mean?

If I was able to get all these files from several sources (none of them Russian or Ukrainian), what’s to keep
the Ukrainians, Russians, Turks, or any other group from getting these same files and more? Remember, Democrats were worried about National Security with Trump? AND I have seen worse pictures and explicit texts! (I’ll be in therapy for a long time!)

She has access to very sensitive information. With her lack of regard for rules and respect for the position she holds and her inability to really secure her information, can we really trust her to keep America safe?

I say NO!
Katie Hill needs to step up apologize and then resign.
Just like they have asked many Republicans to do for doing much less.