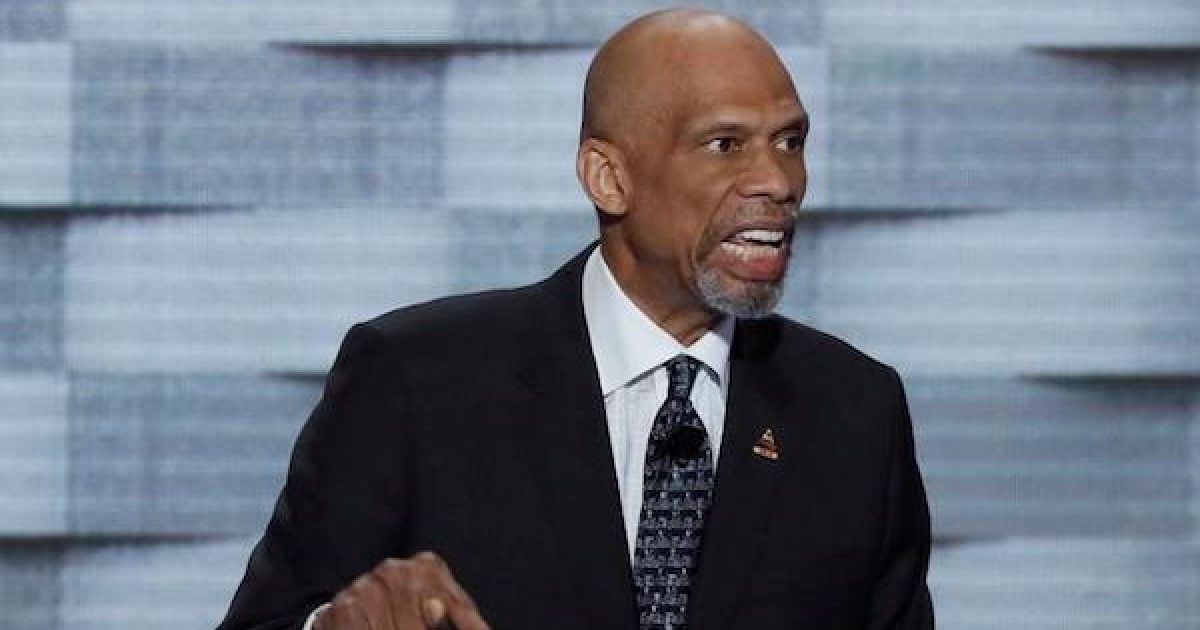 One-time basketball great Kareem Abdul-Jabbar went on the attack against “white America” for rejecting former NFL player and notorious national anthem protestor Colin Kaepernick and treating him like a “Grinch” for preventing a “dream of a white America.”

The former L.A. Laker blasted Fox News and The Blaze for “editorializing” about Kaepernick’s tweet and raising the alarm to “Defcon 1,” thereby making sure their “readers don’t have to burden themselves with thinking.”

Perhaps the Basketball Hall-of-Famer does things without thinking, but just because people take a position, he doesn’t like it doesn’t mean they aren’t thinking.  Willis Reed was always thinking and strategizing on the basketball court and he beat Kareem’s arse up and down the hardwood. 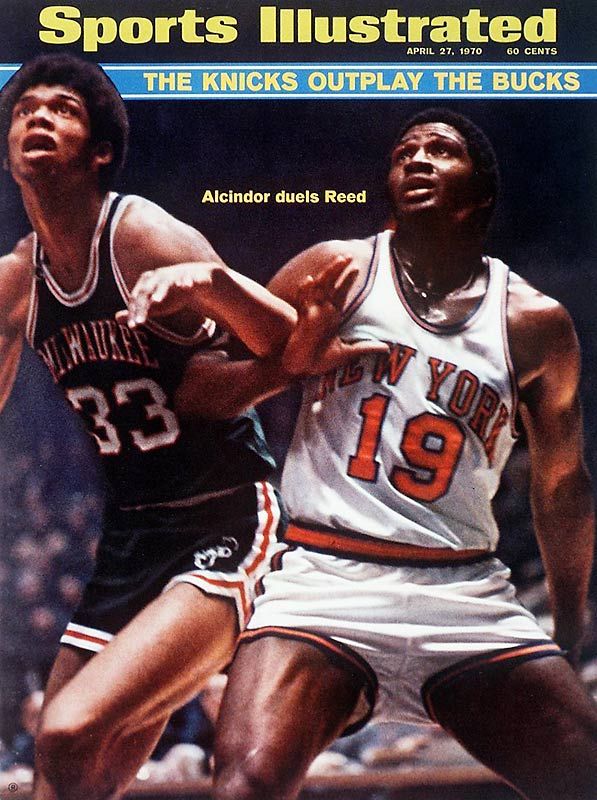 Kareem Abdul-Jabbar was a superstar. If he became a free agent, there would have been a line of teams begging him to join them. Colin Kaepernick is mediocre QB with a superstar’s ego. When he declared as a free agent, but no one wanted him.

Abdul-Jabbar slammed The Blaze for saying Kaepernick “bashed America” with his Thanksgiving Day tweet, but went on to insist that facts are facts and accused whites of hating Kaepernick because he opposes “White Christmas American values.” Really? I think Kaepernick bashed America and I don’t have Christmas values, they didn’t teach that in my Hebrew School.

Technically, pointing out a fact isn’t “bashing.” America’s forefathers did indeed steal the land from the indigenous people, often over their dead bodies. Just as indigenous people stole land from other tribes. That’s just historical fact. Like pointing out to grandpa that his zipper is open. I’m not bashing him, just stating a truth. So, why the panicky attacks on Kaepernick? Clearly, there’s something much more insidious going on here: the sustained attempt to steal Kaepernick’s political voice by characterizing him as un-American. The Black Grinch who wants to steal White Christmas American values.

Abdul-Jabbar next equated Kaepernick to Civil Rights icon Dr. Martin Luther King Jr as some people said mean things about King, too, because Christians are racists.

The irony is that the moral values that determined King’s crusade were rooted in his devotion to Christianity, not communism. Yet, it was mostly Christians who rejected their own supposed beliefs because they were espoused by a black man who literally embodied Jesus’s teaching of turn-the-other-cheek. History has taught us over and over that religious values are quickly abandoned when they conflict with economics or traditional social norms.

These racists, Abdul-Jabbar exclaims, have been trying to “drown out Kaepernick’s voice by shouting unfounded personal insults” at him since he first began protesting against the country in 2016.

The NFL came in for scorn, as well, over its intention to schedule a workout for Kaepernick so he could show the league that he is still in top playing form. The NFL wasn’t serious, the left-wing sports commentator insisted:

Kaepernick’s highly publicized tryout last month did not seem designed to seriously consider him for readmittance into the NFL. Instead, it looked like a media-savvy sham-show to make the NFL look like the good guys while destroying Kaepernick’s credibility as an athlete and therefore as a spokesman for anything, be it social justice or Nike.

Kareem doesn’t seem to realize his buddy Colin screwed up his latest chance to get an NFL gig?

Jay-Z reportedly helped Kaepernick secure a workout for NFL teams as a way to make amends with his liberal fanbase after working on a project with Commissioner Roger Goodell. They thought he sold out. 24 of the NFL’s 32 teams were set to show up to the private workout in Atlanta. There wasn’t supposed to be any media in attendance.

At the last minute, seemingly out of the blue, Colin and his camp decided to change the location so there would be media. You know, for transparency. Colin (or Kunta Kinte as his shirt read) got called out for turning the event in a sideshow.

Ultimately, Abdul-Jabbar says, the attacks from whites on Kaepernick are not even about Kaepernick. They are about shutting up other black people.

The attacks on Kaepernick are “about all the other athletes who conservatives are trying to preemptively silence.” Any player can say anything he/she wants if they can back it up with talent, Kaepernick doesn’t have talent.

“Fox News, Breitbart, and the other mouthpieces of entitlement and walling-off-the-truth can’t touch them,” Abdul-Jabbar wrote. “But other players, especially young ones working their way up through the ranks, maybe stifled by the example of Kaepernick left to twist in the wind of no-change.”

Abdul-Jabbar adds that attacks on blacks are worse than ever under Donald Trump. He also wrote that blacks are routinely told “Shut up or die,” and that “Aggressive efforts have been made to keep African Americans and college students from voting.”

Really. Please send me the link to the video where Trump told blacks to shut up or die.

Finally, after recounting several incidents of racism perpetrated decades ago, Abdul-Jabbar concludes accusing whites of telling “truth-tellers” to “shut up.”

For much longer than 50 years people have been ordering truth-tellers to shut up and punishing them when they refuse. I’m sure their tactics have silenced some athletes. Not all. They can never silence all because the kind of grit it takes to become an athlete is the same kind it takes to place truth above self-interest. But they sure will keep on trying as long as they get paid to pander to those who wrap themselves in the pretty colors of the flag rather than the bold words of the Constitution.

Interestingly no one tried to shut up Kareem Abdul-Jabbar when all of those white people were paying his salary by purchasing tickets for the Milwaukee Bucks, and later the LA Lakers when he played for those teams.

Abdul-Jabbar is right about one thing. People are trying to force athletes to “shut up” and stop advocating for their political ideals. Just to name a few, ESPN fired Curt Schilling for his conservative tweets. Britt McHenry also says ESPN fired her because she is a conservative. Former pro baseballer Aubrey Huff has been told to shut up because of his support for Trump. NFL rookie Nick Bosa felt the need to delete his pro-Trump tweets because rabid leftists were lining up to destroy his budding NFL career. And they even targeted MB player Trevor Bauer for his pro-Trump tweets and the fact that he likes to post admittedly childish jokes and taunts on Twitter. And this isn’t even to mention NFL team owner Robert Kraft and his QB Tom Brady who the media has shamed for years because they both dare to support the president. There are dozens more just like this.

Yes, there are a lot of people telling athletes to shut up. But someone should recommend to Kareem Abdul-Jabbar that he do some thinking before he spews stupidity.