We Are VERY Powerful- Ye (Kanye) West Says So 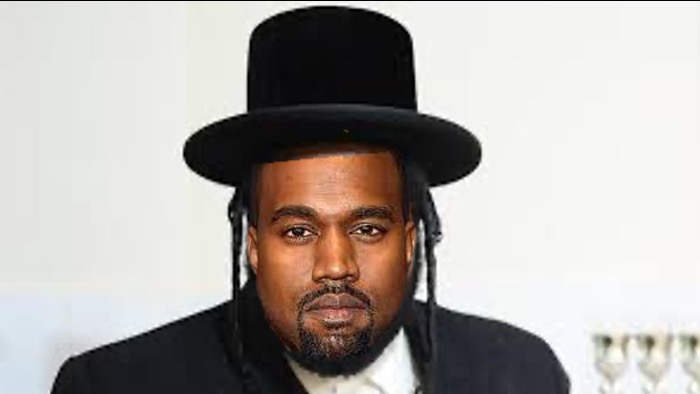 Rapper Ye West makes me proud to be Jewish. I knew we were good but who knew we were THAT good? On a radio show yesterday, the crazy rapper who was dumped by Kim Kardashian because he was crazy, said that Jews run the media:

Kanye West, poster of anti-Semitic rants, doesn’t understand why “the Jewish media” has stopped covering him.

“They blocked me out. The Jewish media blocked me out,” the controversial rapper fumed in Sunday’s episode of Revolt TV’s “Drink Champs” podcast.

With statements like that, Ye proves that after millions of years of evolution, mankind is a bit of a disappointment.

That latest statement was a follow-up to a similar Ye statement written to Diddy made on Instagram last week:

“This ain’t a game. Ima use you as an example to show the Jewish people that told you to call me that no one can threaten or influence me.”

That same day West went on Twitter and invented a new level of military preparedness just for Jews.

“I’m a bit sleepy tonight, but when I wake up I’m going death con 3 On JEWISH PEOPLE. “The funny thing is I actually can’t be Anti-Semitic because black people are actually Jew also You guys have toyed with me and tried to black ball anyone whoever opposes your agenda.

Isn’t he wonderful? Kanye West believes the Jewish people are so influential. Thank you, Kanye. My middle finger salutes you.

This is not the first time Ye West explained Jewish power. In a 2013 radio interview, he explained:

“People want to say Obama can’t make these moves or he’s not executing. That’s because he ain’t got those connections… Black people don’t have the same level of connections as Jewish people… We ain’t Jewish. We don’t get family that got money like that.”

WOW, Jews are rich! Mister West, where do I go to pick up my check from the Worldwide Jewish Conspiracy (WWJC)? Mr. West, do you want to get some of that money also? All you have to do is change your name. I hear it worked for Whoopi Goldberg.

Ye West made statements that some will call Anti-Semitic in an Interview with Tucker Carlson that was edited out of the show before it was shown on FNC. Thankfully Vice’s Motherboard got a copy of the segment:

At one point, West once again referred to the stereotype that Jewish people control financial systems while saying he would prefer his kids were taught about Hanukkah instead of Kwanzaa because “at least it will come with some financial engineering.

He also referred to the belief that Black people are the true Jewish race, which is often used to promote antisemitism against non-Black Jews. “When I say Jew, I mean the 12 lost tribes of Judah, the blood of Christ, who the people known as the race Black really are,” West said. “This is who our people are. The blood of Christ. This, as a Christian, is my belief.”

In other words, Kanye is saying the Jewish nation is multi-Racial. That will make the woke people happy.

For example, I didn’t know that the minor Jewish holiday of Hanukkah was a financial holiday. This proves the statement, “A jellyfish has existed as a species for 500 million years, surviving just fine without a brain, like Kanye. The Hanukkahs statement was sad, but it was new. All I’ve ever gotten for Hanukkah were presents and jelly donuts.

Moses had a black wife, but I still don’t understand how Black people became the actual Jewish race. As a matter of fact, I didn’t know that Jews were a race. Before Ye, the understanding was the Jewish people were a nation, Just like what God said to Abraham, “I will make of you a great nation.” That means that Kanye West knows more than God.

Thank you, Ye West! we are so happy no one ever made a clap on -clap off device for your mouth.