Which Reporter is The Biggest Whiner? The Lid And Zeppelin Discuss: Podcast Of Today’s Lid Radio Show 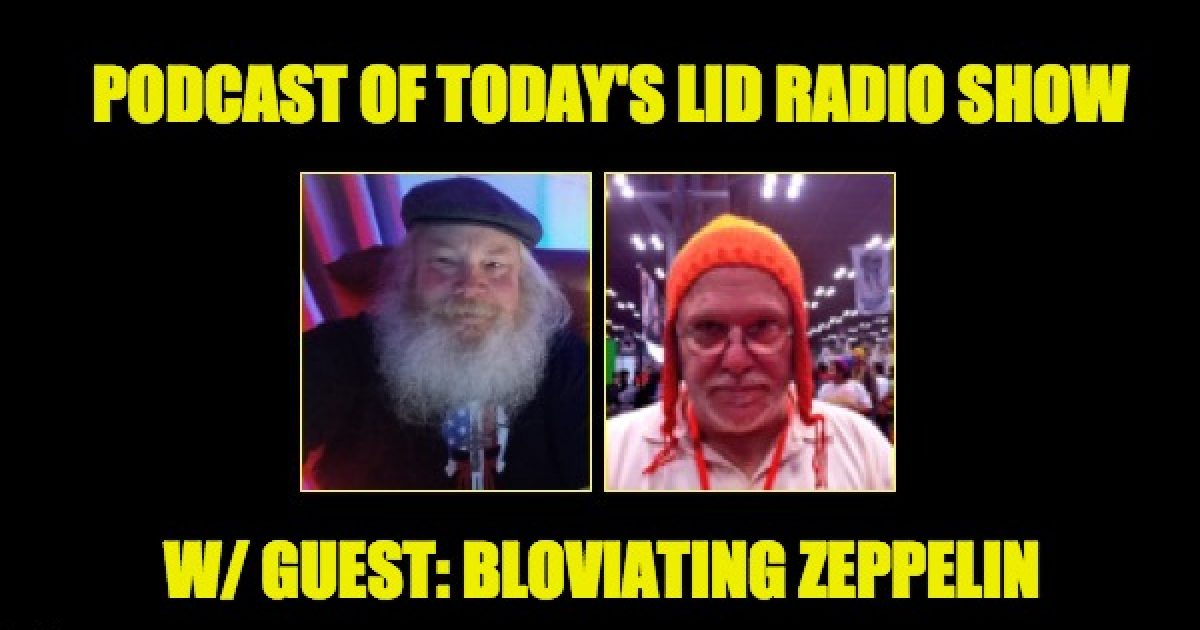 Magic mirror on the wall, which reporter is the biggest whiner of all.

It’s bad enough that the mainstream media believe their job is to advocate socialist views, but they whine all the time. It hurts our ears! Sometimes it Jim Acosta griping that Kim Kardashian got a meeting with the POTUS and he didn’t, or April Ryan complaining that someone else was selected to answer a question before her, or Andrea Mitchell whining that Hillary Clinton isn’t president.

Listen below for a podcast of the June 6th Lid Radio Show as Bloviating Zeppelin, and I put a proverbial sock in the mouths of some of the worst media offenders. And for those media maniacs who spent the past week playing that little liberal game of “Where’s Melania?” we came after you too

As usual, the June 6 Lid Radio Show was fun and informative  BZ and I had a great time and I am sure you will enjoy it also

Listen to “6/6 Bloviating Zeppelin” on Spreaker.

If you are not familiar with BZ the Bloviating Zeppelin he is the Editor/Publisher of the excellent website Bloviating Zeppelin,  host of the fantastic show on SHR Radio:  BZ’s Berserk Bobcat Saloon, which can be heard on these  SHRMedia and High Plains Talk Radio networks every Tuesday and Thursday Night @11pm Eastern. Because he is wary of taking a night off, every Wednesday Night BZ is featured on the Sackheads Radio Show. on the same two networks.

You can follow The Bloviating Zeppelin on Twitter @BZep, and make sure to listen to BZ’s Berserk Bobcat Saloon every Tuesday and Thursday @ 11PM Eastern, Sackheads Radio every Wed. at midnight EDT and of course, the website Bloviating Zeppelin should be one of the sites you visit regularly.