Graham’s List Includes Two Of The Most Notorious Men In The ‘Russiagate’ Narrative. 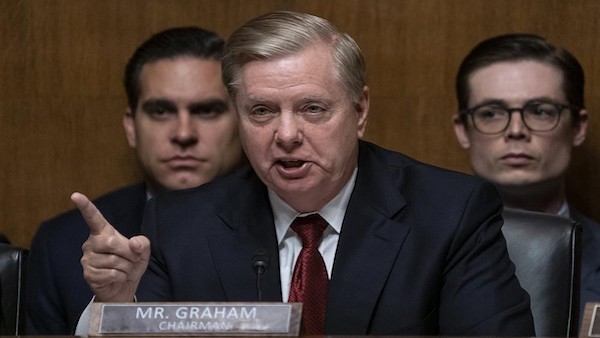 As we approach the all-important 2020 election, it seems that there are still some concerns over unfinished business from 2016.  Namely – just how did it come to be that the Obama administration was able to spy on the Trump campaign via the FBI? The senate judiciary committee is trying to get America the answers.

This was the scandal formerly known as RussiaGate, which has been rightfully rebranded as “ObamaGate” because there was no definitive evidence of Russia collusion, but plenty of clues as to just how and why No. 44’s office was involved in the pretext of the Mueller probe.

As the GOP continues to investigate the investigators in 2020, Senator Lindsey Graham is prepared to bring all manner of former big-wigs onto the floor of the Capitol for grilling on the subject.

Senate Judiciary Committee Chairman Lindsey Graham said he “absolutely” will call former FBI Director James Comey and former FBI Deputy Director Andrew McCabe to testify before his panel as part of its ongoing investigation into the origins of the Russia probe.

Graham, R-S.C., said Wednesday night on “Hannity” that he would call on Comey and McCabe to testify before his committee in September.

James Comey’s testimony will be of particular interest for many Americans after the former FBI Director did not press charges against former Secretary of State Hillary Clinton in the case of her illegal and immoral private email server hidden in the bathroom of her Chappaqua home.

But the most fun will be if Graham calls Clapper and Brennan. Based on their history, they will act snotty and will commit perjury. Sadly their testimony will probably be in closed hearings, so we might have to wait for John Durham to wrap so we can see a perp walk.

Much of this post was first seen at LibertyHub