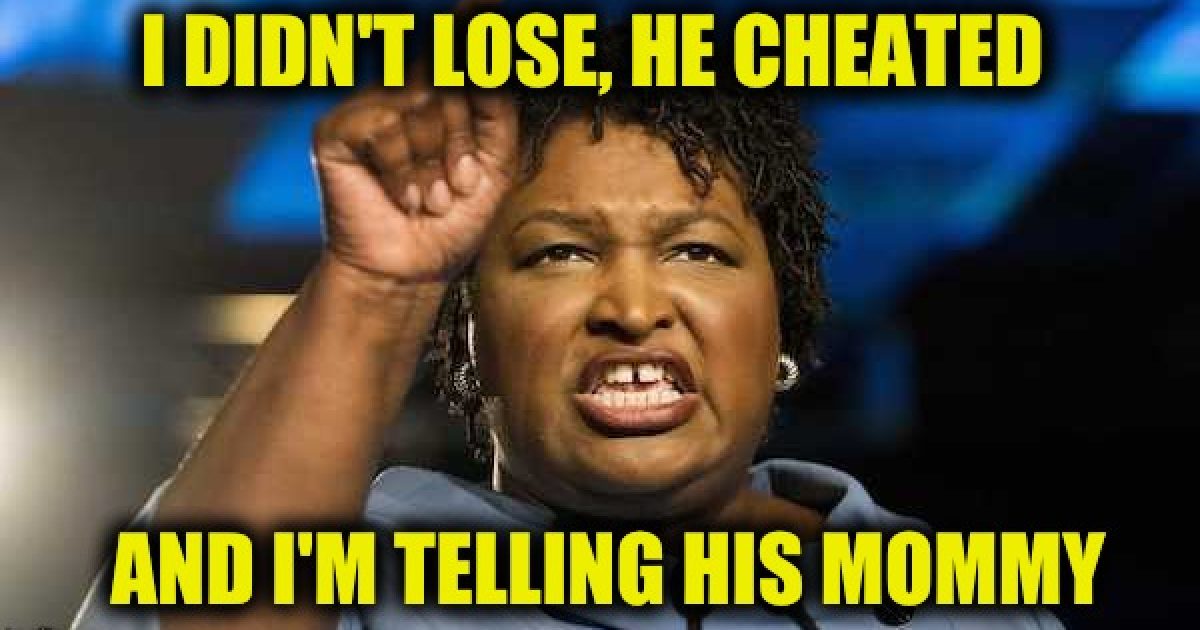 After spending 4 years claiming she was ‘robbed’ in an election she lost by tens of thousands of votes, her unreal response to this judicial slapdown shouldn’t surprise anyone.

Stacey Abrams is a top-tier grifter. She’s never been one to let facts get in the way of a good lie. Why would we expect that to change now?

On Friday, a case Stacey Abrams had before the courts came to a close. A judge ruled against every single complaint she had raised. That didn’t stop her from declaring herself ‘vindicated.’

The judge presiding over this case was an Obama appointee, suggesting that it’s about as friendly a court as a case like hers might reasonably hope for. That by itself doesn’t guarantee a victory. You still have to make your case.

The fact that the judge brushed aside every allegation made by Abrams tells us that she failed to do exactly that.

A federal judge delivered a decisive ruling Friday against allies of Democrat Stacey Abrams in their 4-year-old voting rights lawsuit, upholding Georgia election laws on all counts in the case Fair Fight Action filed days after the 2018 election.

U.S. District Judge Steve Jones’ judgment concludes the ambitious case against Georgia’s voter registration and absentee ballot practices after a trial in which voters testified about problems at the polls but few of them were unable to cast a ballot.
“Although Georgia’s election system is not perfect, the challenged practices violate neither the Constitution nor the VRA (Voting Rights Act),” Jones wrote in a 288-page order.

The decision followed what is believed to be the longest voting rights trial in the history of the Northern District of Georgia, lasting 21 days with testimony from over 50 witnesses, wrote Jones, a nominee of President Barack Obama.

The judge took dead aim at her voter suppression complaint.

In his decision, the judge summed things up perfectly by noting that Abrams and her organization were not able to provide a single piece of direct evidence showing a single voter was prevented from voting due to Georgia’s system.

“The court finds that the burden on voters is relatively low,” Jones wrote about the “exact match” rules. “Here, plaintiffs have not provided direct evidence of a voter who was unable to vote, experienced longer wait times, was confused about voter registration status.” –RedState

But a grifter’s gonna grift. Although the judge specifically said she had failed to provide ANY evidence of inability to vote, longer wait times, etc., Abrams declared victory in her loss, counting on people to have not read the ruling. 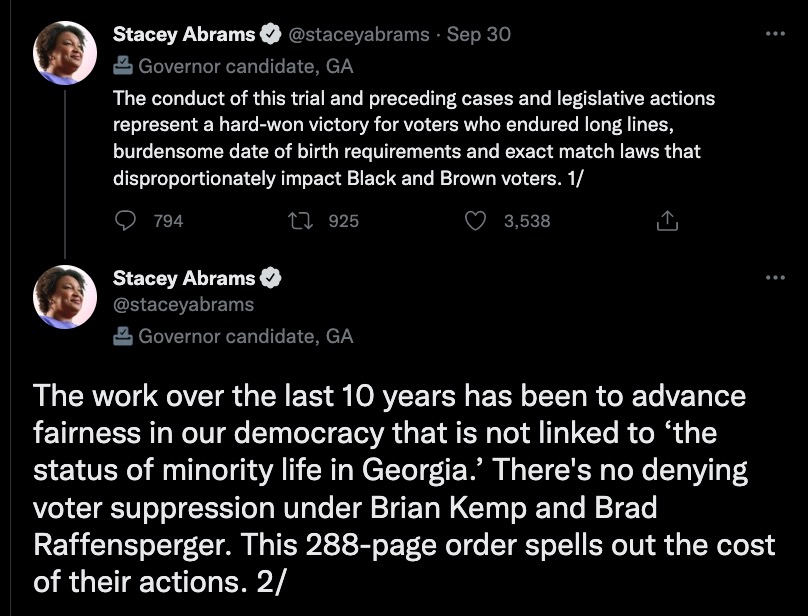 Any victory, in that case, was for the side DEFENDING against your bogus allegations, Stacey.

Brian Kemp had something to say about her loss. Here’s what he shared on social media. 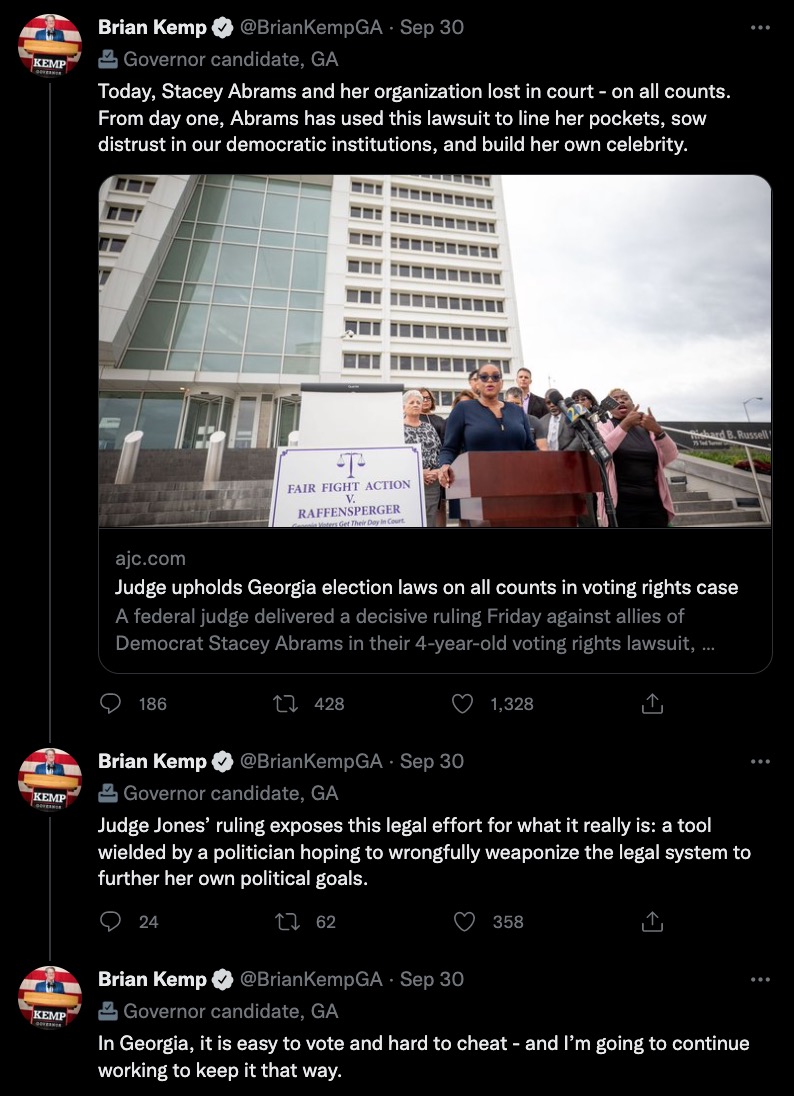 Any victory, in that case, was for the side DEFENDING against your bogus allegations, Stacey.

Brian Kemp had something to say about her loss. Here’s what he shared on social media.

“God no, I don’t want you to read any of these,” said the Democratic former Georgia gubernatorial nominee, who previously penned romance novels under the pseudonym Selena Montgomery.

“I want people to read them in the quiet of their home,” Abrams said. She later asked: “Can I leave now?” –HuffPo

That’s a great question. Much of America hopes the answer to that question would be ‘yes.’ But that is likely too much to hope for.