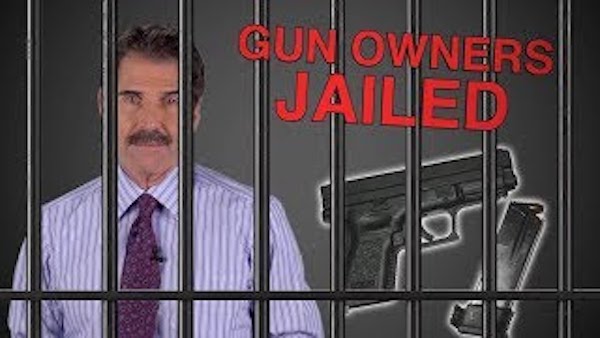 Fox News’ John Stossel on Wednesday delivered another timely warning to law-abiding gun owners who may be traveling to New York, and in the process threw a verbal punch at the Big Apple legal system whose version of enforcing the laws is arresting people at the airport for essentially doing what the law requires.

Stossel’s tale involves a Georgia woman who brought a firearm along when she visited her daughter in New York. He notes, “Roughly once a week, New York City locks up people for carrying guns legally licensed by other states.”

People with guns declare them at the airport ticket counter. The TSA checks the guns, in checked baggage, and sends the bags on their way. Except in New York, where people who declare on their trip home are told to wait and are then arrested.

This is the kind of demagoguery that could put the Empire State in the “travel advisory” crosshairs of the Second Amendment Foundation. Earlier this week, SAF warned law-abiding gun owners to avoid traveling to, or through, California because of its extremist gun control laws. SAF said this was the first time that it has issued such a “travel advisory,” and SAF founder and Executive Vice President Alan Gottlieb hinted privately that it means there could be more.

Reaction to SAF’s advisory was viral. It spread across social media like a California brush fire.

People who think they might be able to use the Firearm Owners Protection Act of 1986 as a defense against the New York gun law are mistaken. They traveled to the state, not through it. And in New York, if you don’t have a New York gun license, you’re subject to a felony arrest.

Perhaps this problem might be solved by the passage of the Concealed Carry Reciprocity Act, under which all states would recognize carry licenses and permits of all other states. Then, again, perhaps not since this isn’t really a “carry” issue as much as a transit issue.

Regardless, opposition to that legislation has ramped up in the form of an email blast by the Seattle-based Alliance for Gun Responsibility. The group virtually gasps hysteria by declaring:

“Right now, the NRA’s No. 1 priority is forcing Congress to pass concealed carry reciprocity legislation – which would allow gun owners to carry concealed weapons across state lines. If this passes, every town in every state will needlessly become more dangerous and vulnerable to acts of gun violence.
“And with Trump in the Oval Office and the GOP controlling both houses of Congress, turning this bill into law could be scarily easy. The NRA’s top lobbyist says: “I go to work every day believing in our chances for success.”

“The stakes are sky-high, Dave, and the NRA appears to be inching toward the finish line here – so we need to know where you stand on this issue before it’s too late”

What they’re not telling recipients of this message is that criminals already carry from state to state, and they never bother with licenses or permits. People intending to break laws violently are not going to be deterred by a requirement that only penalizes law-abiding citizens. But the thought that honest gun owners might exercise their rights across state lines terrifies gun prohibitionists.

Stossel has a video on his Facebook page (embedded below) in which he calls New York Assistant District Attorney Jack Ryan a “sadistic bully” for enforcing the draconian gun law by arresting people and costing them thousands of dollars to defend themselves in court. Ryan seems indifferent to the problem and passes the buck to the New York Legislature.

Stossel sums it up: New York lawmakers do not want you to have a gun. But most of them are just too cowardly to admit it.