Joe Scarborough & Lover/Co-host Say The President Wants To Use WHAT? 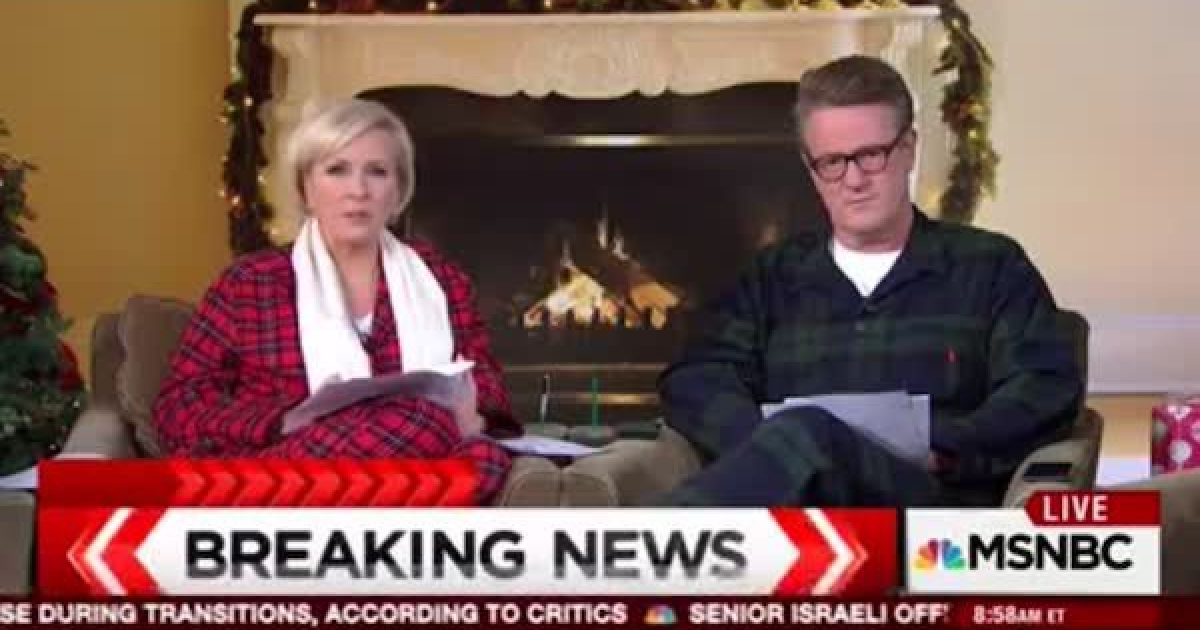 Joe Scarborough wasn’t always so bad, he was even tolerable, but that was before he started to do the nasty with his married and very liberal co-host. But perhaps if he didn’t become liberal he would have to sleep in the dog house.

Regular viewers of Morning Joe at the time (and I was) saw the transition start, and after Mika announced she was dumping her husband of 23 year years, Joe’s shift to liberalism accelerated as did his Trump derangement syndrome.

Then in June after one anti-Trump barrage by MSNBC’s morning lovers, the counter-puncher-in-chief’s tweet went too far, “I heard poorly rated @Morning_Joe speaks badly of me (don’t watch anymore). Then how come low I.Q. Crazy Mika, along with Psycho Joe, came to Mar-a-Lago 3 nights in a row around New Year’s Eve and insisted on joining me. She was bleeding badly from a face-lift. I said no!”

That’s when it became a no holds barred battle:

To Joe and his lover/Co-host, Trump became a “joke” of a president who couldn’t do anything successfully. Trump cured cancer, Joe and Mika would complain he caused overpopulation.

Their latest madness is based on the president’s strong stance on North Korea which according to Mika is making the president excited at the prospect of getting to use nukes.

“On Monday’s broadcast of MSNBC’s ‘Morning Joe,’ co-host Mika Brzezinski argued President Trump is ‘excited about the concept’ of using nuclear weapons and ‘wants to use nukes.’

“Co-host Joe Scarborough said that President Trump is ‘not limited by the fears that limited JFK or even Ronald Reagan. And by the way, when I say fears, don’t flinch. I mean, you have reason to be scared of a war that could wipe out 500,000 people.’

“Brzezinski said, ‘I just think he wants to use nukes. That’s what I think he feels.’

“She added, ‘You’ve heard him over the past year. He’s excited about the concept.’”

Joe then told his sweetheart how his statement was meant to show an agreement with her stance, however false.

Actually, the Presiden told John Kelly that he wishes he could get rid of all nukes. But then General Kelly isn’t changing his opinions because he’s sleeping with a liberal co-host.

Mika Brzezinski: Trump ‘Excited’ About War in North Korea: ‘He Wants to Use Nukes’ pic.twitter.com/2UB6X8jC9Q