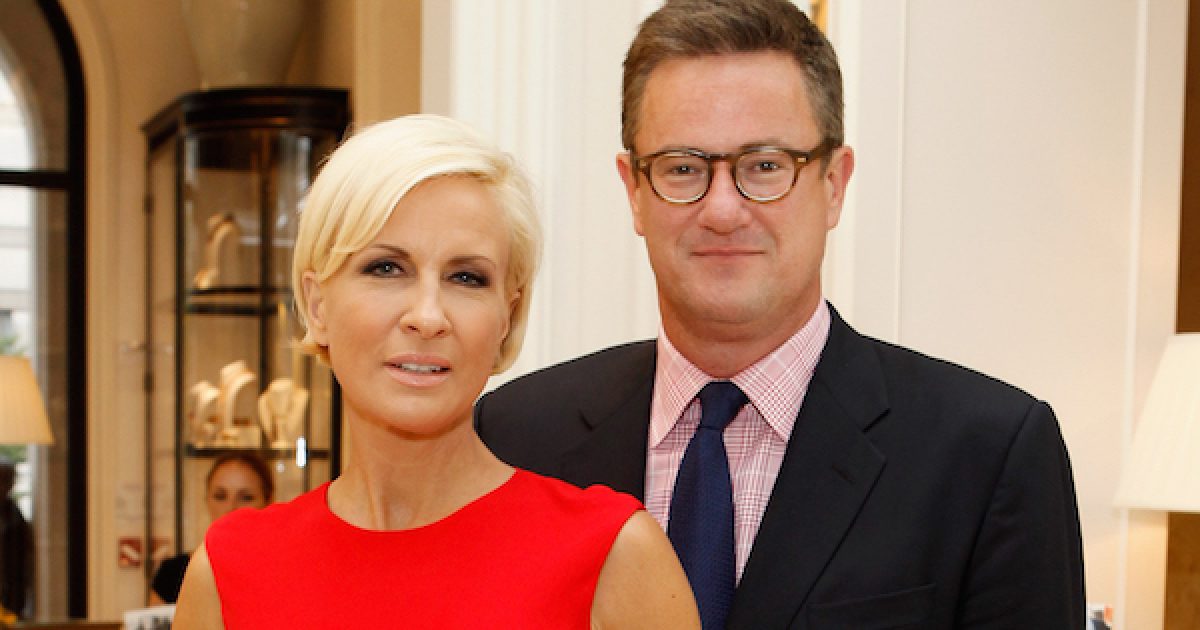 Once upon a time, Joe Scarborough was a conservative Republican from the “Redneck Riviera” of the Florida panhandle. After his political career, he had an interesting morning show on TV which was popular with political geeks.

Sadly, it seems like those days are long gone now, as Scarborough has embraced the leftwing media swamp of the New York, D.C., Los Angeles triangle, and his TV show has become a booooring three-hours of nothing but ad hominem attacks on Republicans and anything else that might be conservative,

The change seemed to have started when he started “doing the nasty” with his then-married co-host the very far-left talking head Mike Brzezinski, he routinely agrees with the opinionistas at the Washington Post and the New York Times, and he almost always has bad things to say about his former party. Oh, that’s right… Scarborough recently abandoned the GOP in a very public and very ugly manner.

On Monday, Scarborough’s hate of the of the GOP bubbled to the surface again when he stole a page from the Democrat Party’s talking points and decided to attack the Republicans as anti-law enforcement. Instead of chastising the FBI for breaking the law and using the FISA process to ignore the 4th Amendment rights of an American citizen, Scarborough decided to argue that the GOP had become beholden to Wikileaks and the likes of Edward Snowden.

It doesn’t seem helpful at all to Donald Trump’s cause, in fact, it hurt’s Donald Trump’s cause. It may bring up a question of this one FISA warrant. And I say may because, again, the central argument for all of these stooges in conservative media I’ve got to say unfortunately a lot of places that I have respected greatly in the past, but a lot of the stooges in conservative media are saying, look at this FISA memo. And it looks like, you know, we have evidence that it was, you know, that they put it out there, the FISA warrant was issued without adequate evidence. Well, they know that the central argument, that the intelligence community has been giving, that the FBI has been giving, that the Justice Department has been giving is we can’t tell you the underlying information that justifies the FISA warrant because, guess what, that’s classified information.

And again, they know it. But The Wall Street Journal is now parodying national Devin Nunes. The National Review certainly sound like they came close to excusing or parodying Devin Nunes, all of them knowing better. All of them knowing that it’s the underlying information that is classified that the FBI and Donald Trump’s own Justice Department says we can’t show the public. They’re taking — they’ve become the party of WikiLeaks and Edward Snowden. I guess it was only a matter of time until Donald Trump’s thinking infected the entire Republican party, even on intel matters.

We actually have definitive proof that someone at the FBI abused their power and withheld information from the FISA court, but instead of lambasting the FBI for the “mistake,” Scarborough attacks the GOP for holding the FBI to a constitutional standard. It’s disgusting.

Joe’s wrong, it’s not the GOP that has changed, it’s the Democrats and their friends in the media like you. They used to care about civil rights, about accountability, and about the “little guy,” but no more. Now they only care about undermining Donald Trump and keeping Democrat hands on the reins of power.