Joe Biden: Virus Relief Checks Are Being Held Up Because Trump Wants To Sign Each One (Video) 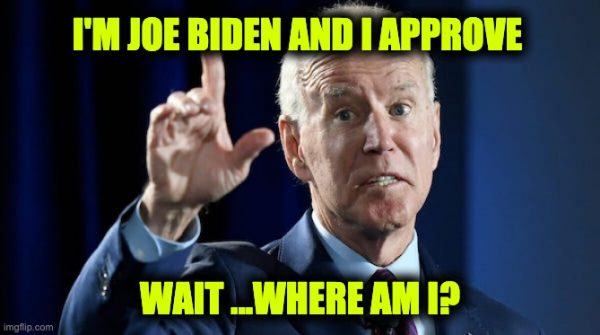 “No American should have to wait a single minute so Donald Trump can put his signature on a physical check,” said Biden.

Joe Biden: "No American should have to wait a single minute so Donald Trump can put his signature on a physical check." pic.twitter.com/v88AQeFeuE

Biden has totally lost it….now he’s hallucinating. Does he realize how long it would take Trump to sign millions of checks? On top of that, his hand would be probably be permanently damaged.

Someone really needs to let Joe Biden give this whole thing up already.

He’s struggling so hard to be relevant from his basement and it’s just not working.

Every time the media covers him there, he offers up another gaffe and more evidence that he’s not the right person for the job.

Today’s entry was more than a bit bizarre. For some reason, he seemed to believe that virus relief checks going out to help people whether the crisis was being held up because the president wanted to put his signature on physical checks. That is straight-up nuts.

What’s even more bizarre was he was actually reading it.

Most checks would be direct deposited. But no, Trump isn’t physically signing any of them. If he really believes that, there’s a big problem. No one is holding up checks but getting money out to all Americans can’t be done in a day. But if we want to talk about the avoidable delay, let’s talk about House Speaker Nancy Pelosi and the Democrats who held it up for a week trying to get their pork and pet programs in.

How is it possible for anyone to be this stupid?

And then to raise the level of idiocy one of the hacks at the briefing asked the president: “Do you want to sign the checks?”

Yeah sure, and he’s going to sign the direct deposits too. Your bank statement will show that the deposit came from “TRUMP,”  and everyone who works at a bank issuing the small business loans will have to get a tattoo on their forehead that says “Loans Paid For By Trump.” Biden will come up with that or something just as stupid tomorrow.