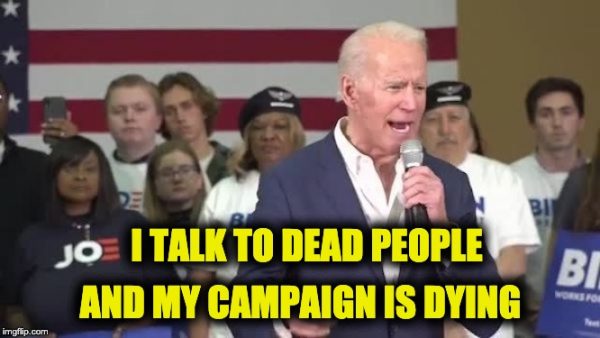 When 0ne is working on an agreement with a foreign leader, it is always best to make sure the foreign leader cannot disagree. At least that’s the approach of Joe Biden, who claimed when he was VP, he worked on the Paris Climate Accord with former Chinese leader Deng Xiaoping, who died 23 years before the agreement was signed. Wow talking to the dead! That’s quite a skill. Maybe that’s why it seems his campaign is dying.

The SCHMOTUS (Schmo of the United States) was campaigning in South Carolina, a must-win primary state for him. Biden was “bragging” about his eight years being Obama’s number two and use his work on the Paris Climate Accord as an example of his broad experience with foreign leaders.

Joe Biden claimed tonight that he worked with Chinese leader Deng Xiaoping on the Paris Climate Accord.

Except the current Chinese President is Xi Jinping.

Deng Xiapoing left office in 1992 and has been dead for 23 years. pic.twitter.com/ddEAmPhkZi

“One of the things I’m proudest of is getting passed, getting moved, getting in control of the Paris Climate Accord, I’m the guy who came back after meeting with Deng Xiaoping and making the case that I believe China will join if we put pressure on them. We got almost 200 nations to join.” 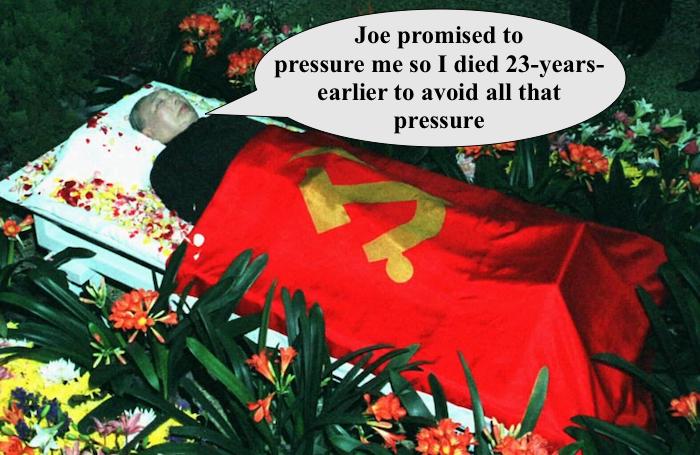 Hey, if he can negotiate with a dead guy, I can interview him.

Understand that the agreement Biden forced dead leaders to join would have killed the American economy.

Per the Heritage Foundation:

“If carried out, the energy regulations agreed to in Paris by the Obama administration would destroy hundreds of thousands of jobs, harm American manufacturing, and destroy $2.5 trillion in gross domestic product by the year 2035″   But it would not affect some of our international economic competitors the same way.

“China will be able to increase these emissions by a staggering number of years — 13.  They can do whatever they want for 13 years.  Not us.  India makes its participation contingent on receiving billions and billions and billions of dollars in foreign aid from developed countries.”

While speaking to the dead might be an accomplishment for Joe Biden, the Paris Agreement was not good for the United States. One would think he couldn’t be out-negotiated by a dead guy, but he was.  Maybe that’s why he announced on Tuesday that he was running for the Senate: