Even His CNN Colleagues Expressing Disgust With Jim Acosta’s Antics 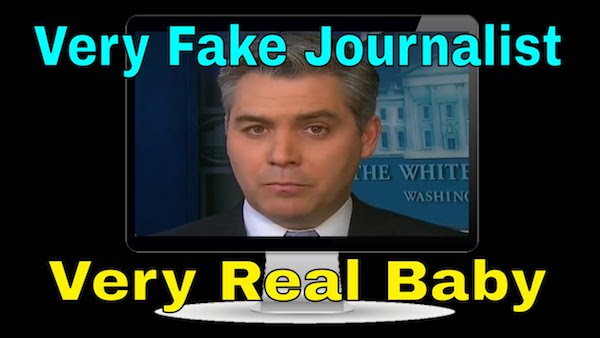 A good journalist covers a story a lousy one becomes the story.

While CNN has several other problems to deal with at the moment, the actions of one particular personality of theirs just keep getting more unnerving.

That person is Jim Acosta, CNN reporter often assigned to the White House press briefing room, who has been making life a living hell for anyone within earshot.  Certainly, we’d expect CNN to send a left-leaning twerp to cover the liberally-hated Trump administration, but what Acosta has accomplished is so much more infuriating than your average looney liberal’s slander.

Acosta has, for all intents and purposes, been attempting to garner a great deal of attention to himself by consistently aggravating whoever has taken the podium at the end of the President’s workday.  His confrontations have become so brazen and obnoxious that even his fellow “journalists” at CNN have begun to express their disdain for Acosta’s ridiculous behavior.

“One of Acosta’s colleagues, an on-air conservative political commentator for CNN, said he sees an ulterior motive in Acosta’s actions. He said Acosta’s widely noticed clashes with the White House give the impression that he wants a new role at the network.

“‘He’s angling to host an opinion show,’ he said. ‘These [White House] briefings are his auditions.’

“Another CNN employee in Washington, D.C. made it clear that Acosta’s outbursts aren’t as popular behind the scenes as CNN sometimes makes them out to be on the air.

“‘Ugh, just ugh,’ a producer told the Washington Examiner when asked about Acosta.

“Acosta is CNN’s most visible White House correspondent, and his notoriety grew Wednesday when he pressed Stephen Miller, a top White House adviser, on the administration’s new Republican-backed bill that aims to sharply reduce immigration.”

Once again, Acosta has been proven willing to suffer a room full of eye-rolls in order to get what he wants.

These malfeasant maneuvers by the annoying reporter certainly done little to repair the wholly maimed reputation of his employer, as CNN continues to suffer from an enormous lack of credibility within the cable news landscape.  After picking fight after fight with the President Trump administration, Americans are quickly discerning just how unscrupulously the entertainment network operates.