Jerusalem Day: Why Jews And Christians Aren’t Allowed To Pray Atop The Temple Mount 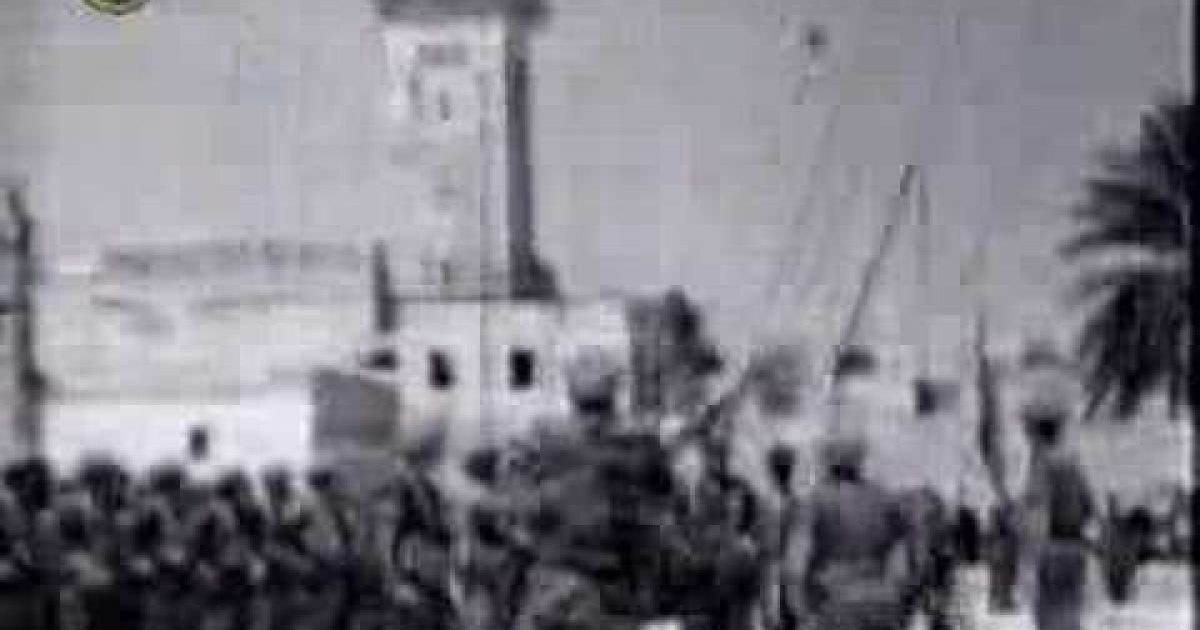 Today in Israel is the celebration of  Yom Yerushalayim. It commemorates that wonderful day (per the Hebrew calendar) when the IDF liberated the Old City of Jerusalem during the Six Day War. It is also appropriate to remember on Yom Yerushalayim that if it were not for the progressive hubris of the man considered to be the hero of Jerusalem’s liberation Moshe Dayan, Jerusalem and the Temple Mount would not be the issue it is today.

Jews were denied access to the Holy sites in the Old City Jerusalem since 1948, when Jordan took it over during the War of Independence. In the intervening 19 years the Jordanians waged systematic destruction, desecration and looting of Jewish sites. But on that day 44 years ago was a miracle 1900 years in the making, even if you cannot understand the Hebrew in the recording below, you can understand the joy, and reverence as Jews approached the Temple mount for the first time in nearly 20 years (in the video at the bottom of this post you can see and hear the joy of this moment 49 years ago).

It should be noted that despite what commentators and the mainstream media will tell you, the Kotel, the “Wailing Wall” is not the holiest site in Judaism, but it is the retaining wall for the holiest place, the Temple Mount or Mount Moriah which where the two Jewish Holy Temples stood (Jews also believe mount Moriah was also the place where patriarch Abraham almost sacrificed his son Isaac).

The Kotel is closest place to the holiest spot for Jews where non-Muslims are allowed to pray. Thanks in part to Moshe Dayan, Jews and Christians are not permitted to pray atop the Temple Mount. In fact if you look like you are praying—heck if you kneel down to tie your shoes,  you can be thrown off the mount (or attacked by the Muslims there).

When Israel gained possession of the Temple compound during the Six Day War, Prime Minister Levi Eshkol wanted to create a multi-faith council to run the compound. The Muslim Mosque would not have been touched, but all faiths would be allowed up on top of the mount and allowed to pray.

For his part, Dayan thought the Temple Mount should remain in Muslim possession. In his biography Dayan clearly stated that he was worried that Jews would try and rebuild the Beit Hamikdash (the Jewish Temple) and that was the last thing he wanted. Additionally Dayan did not want to upset the Muslims so he barred all non-Muslim prayer at the site.

Of course there was no way, that a third Temple could be built, by Jewish tradition until the coming of the messiah no new Temple can be constructed.  That didn’t stop Dayan, like most progressives he felt he knew better than anybody. He didn’t consult the Prime Minister or the Knesset, nor did the Israeli people have a say. Dayan took it upon himself, he “gave” control of the Temple Mount back to the Arabs because he wanted to make sure that there wouldn’t be a third Temple.  There was nothing that Prime Minister Eshkol could do about it, after all Moshe Dayan, was a war hero.

Today is a wonderful celebration but it would have so much extra meaning if Israel could celebrate Yom Yerushalayim with a beautiful ceremony where the two Temples stood, on top of the Temple Mount, but that isn’t possible.  Thanks to the General, only Muslims are allowed to pray on top of the Temple mount.

The Jewish people have lost possession of the the Temple Mount three times since King David purchased the site 30 centuries ago. Only once, was the site given away voluntarily, when Moshe Dayan gave it away 44 years ago. Moshe Dayan will go down in history not as a hero, but as the man who gave away the Temple Mount, providing Barack Obama and the Muslims the opportunity to make Jerusalem an issue, and to claim that Israel is trying to change the status of Jerusalem every time someone is caught trying to pray to God atop the mount:

There is an old story about non-Muslim prayer atop the Temple Mount:

An American couple was honeymooning in Jerusalem and has a chance encounter with Yitzhak Aharonovich, who at the time was  Israel’s public security minister. Aharonovich  asks them if they are enjoying their trip. They respond that it is wonderful, that the only thing missing was they had always wanted to visit the temple mount. Being a nice guy Aharonovich says he could arrange it for them.

Aharonovich reminds the couple that there are things they are not allowed to do on top of the Temple Mount. He reminds Aharonovich that they are newlyweds and asks if it would be OK if they stole a quick kiss while no one was looking. “Of course” said Yitzhak . “What if it was a long kiss?” “Well you are newlyweds ” said the public security minister. The groom went on, what if it was a kiss and a hug? The minister replied,”As long as you are married.” “What if we no longer could control our passion, ripped off each others clothes and made mad passionate love..right there in front of everyone?”Aharonovich said“ I supposed that would be OK, the Torah does say “Be fruitful and multiply.” The groom went even further,  “What if we were overwhelmed with ecstasy and we screamed out at the top of our lungs OH GOD, OH GOD !”

“ARE YOU CRAZY?”   Asked Aharonovich, “THAT COULD LEAD TO PRAYER!“

The video below was created from news pictures and the radio broadcast of the moment in 1967 when Israel retook the Temple Mount. Though it is in Hebrew, you will hear the joy, especially when paratroop commander Mordechai Gur cries into his field radio – “The Temple Mount is in our hands!