Lesson For Senator Murphy: Guns Are Different From Gun Violence 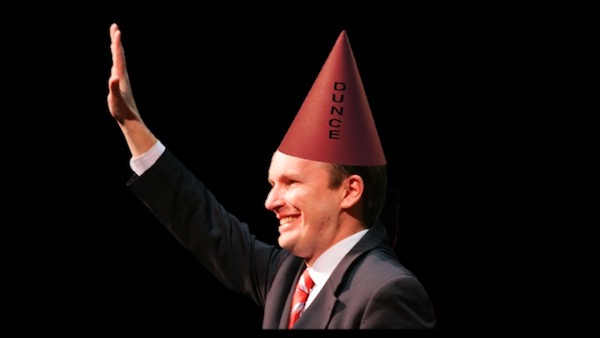 Dr. Jerome Adams is Indiana’s state health commissioner, an emergency room trauma surgeon, a gun owner, and President Trump’s nominee for the position of Surgeon General.while he easily moved through most of a hearing before the Senate Health, Education, Labor, and Pensions committee, there was one tense moment in the hearing.

While he easily moved through most of a confirmation hearing before the Senate Health, Education, Labor, and Pensions committee, there was one tense moment in the hearing.

The tension arose when left-wing, anti-gun Democrat Chris Murphy (D-CT) asked Dr. Jerome Adams what he would do about gun violence in America if he was to become the next Surgeon General? Murphy also wondered how Dr. Adams would deal with gun violence as a public health problem.

While it might seem odd that the question of “guns” would come up with the nominee for Surgeon General, the left has succeeded in pretending that guns are a health concern these days. Which is why if you take your child to the local pediatrician, one of the questions that you’ll get asked is if there is a “gun in the home.” As if it’s your Doctor’s business whether or not you exercise your 2nd Amendment rights.

Thankfully, it seems that the good Dr. Adams understands the connection (or lack of a connection) between health issues and gun rights because his answer to Senator Murphy was nearly perfect.

[Dr. Adams] started off by saying that he owns a gun and he often treats gunshot victims.

“I am a gun owner and I have my lifetime gun permit,” he said. “I also work in a level one trauma center, took care of a gentleman last week who was shot six times. I see it each and every day.

He then attempted to respond directly to Murphy’s question, arguing that guns and gun owners should be separated in the discussion about the gun violence plaguing cities around the country.

Adams continued: “There are evidence-based programs, some good ones out in Colorado, where they’re bringing law enforcement, gun owners, and the public health community together to look at solutions to lowering the violence. And it’s not just homicides, it’s also suicides. There are more suicides than there are homicides in this country. And I think there are lots of partners out there if we’re willing to stop demonizing each other and really work together to look at evidence-based programs that help lower violence in children and throughout the country.”

The response also fit with the rest of Dr. Adams’ testimony as he promised to ignore politics and focus on science and health when he is confirmed as Surgeon General. Dr. Adams also said that his top priority as Surgeon General will be to helm our national response to the ongoing opioid crisis.

We need more intelligent and rational leaders, like Dr. Jerome Adams, who can tell the difference between a political issue and a health issue and can understand that the government doesn’t have a role to play in every aspect of our lives.

Senator Todd Young (R-IN) offered his full-throated support of Dr. Adams at the start of the hearing: