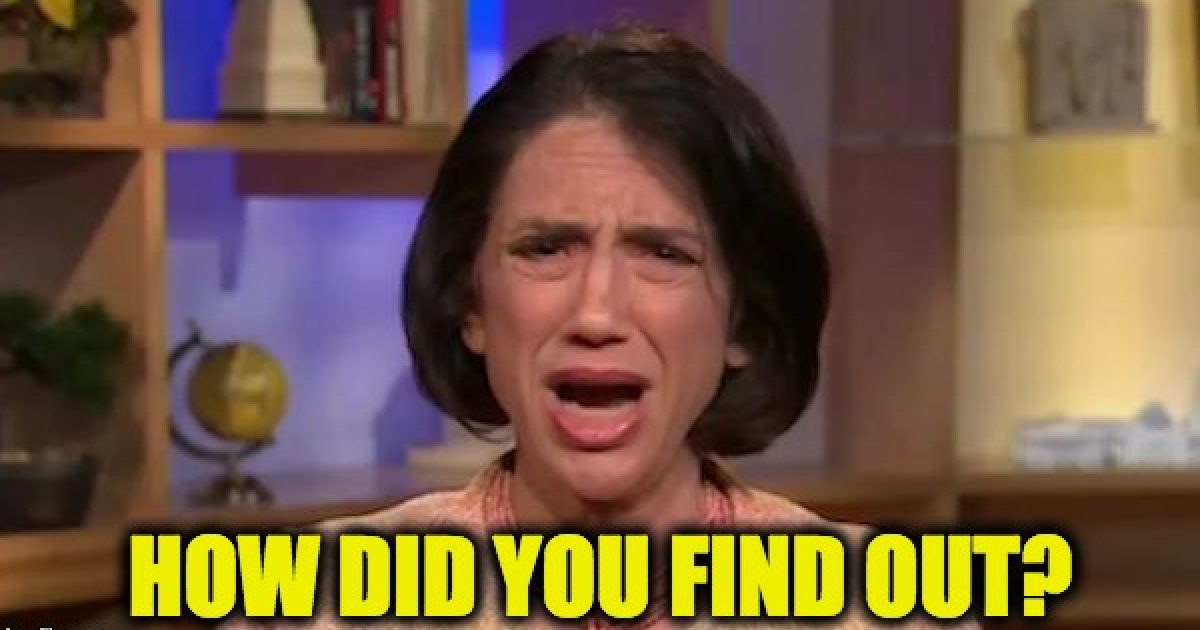 Facebook Twitter Flipboard
Her appearance has absolutely nothing to do with why Washington Post “Conservative” columnist Jennifer Rubin is being described here as a pig, but frankly, that is the most positive thing one could say about her after her July 1, appearance on Morning Joy.  If you are not familiar with her, Jennifer Rubin writes the Right Turn blog for The Washington Post, supposedly opinion from a conservative perspective. If she is a conservative then so was Ted Kennedy.
Maybe to the readers of the very liberal Washington Post, Jennifer Rubin is a conservative, but to the rest of us conservatives, she is nothing more than an arrogant liberal.
On Sunday’s Joy Reid show she crossed the line. Jennifer Rubin went beyond being a fake conservative and proves she is indeed an awful human being. Rubin decided that White House press secretary Sarah Huckabee Sanders’ “life sentence” for being in President Donald Trump’s administration and “inciting against the press” should be being made uncomfortable.

The next time that Sarah Sanders or the President starts in with his “fake news” and “enemy of the people,” I would suggest one of two things: either the entire press corps walk out of the briefing room; why should they put on air a message that is a coded word to every nutcase in America to come after them? So get up and leave, or, in unison, holler back. They sit there; they take it; they record it; we have to be there; we have to let them say their piece. No, you don’t. Your lives are all endangered; your lives are on the line. These people whip up a crowd, and it’s not just gunmen. When my colleagues go to a rally, and he turns the crowd against them so they are screaming in their faces and he selects out one or two reporters as he did with Katy Tur; what do you think that is? That’s incitement to violence, too. And I think the press has to defend them; I think Democrats have to defend them, and I think this argument about using the outside salad fork first, or whatever it is that they concern themselves with is silly.

I do think there’s one point that they miss, however. And that is you have to do what is most effective. I don’t think what’s most effective is throwing Sarah Sanders out of a restaurant; I wouldn’t serve her either, frankly. But what’s most successful is getting a million people on the street to protest. So let’s redirect all of that good, pent-up energy to something that makes a difference. Let’s get a million people to go to Maine or a million people to go to Alaska and start putting pressure on those Senators. So it’s perfectly civil to do that–no one is telling them to be violent protesters, but we’re not going to let these people go through life unscathed. Sarah Huckabee has no right to live a life of no fuss, no muss, after lying to the press—after lying to the press, after inciting against the press. These people should be made uncomfortable, and I think that’s a life sentence, frankly.

How’s that for consistency –Rubin objects to the president calling out members of the press because she believes he is putting them in danger and follows up by saying that Sarah Huckabee Sanders mother of three young children should be perpetually harassed.  Should she be attacked in front of her kids? Should her kids be bothered?

Who died and made Jennifer Rubin God? According to the Declaration of Independence, our rights are endowed by our creator, it doesn’t say they are endowed by a fake conservative who writes for the Washington Post.

But Jennifer Rubin is not a conservative, she is a pig.

There is probably no animal as disgusting to Jewish sensitivities as the pig. It’s not just because it’s not Kosher, but because it’s a faker. The Torah gives two physical signs that mark land animals as kosher, they chew their cud, and have fully split hooves. All the other non-kosher land animals don’t have the right hooves. Only the pig appears to be Kosher on the outside with split hooves but is unkosher on the inside.

Just as the pig sticks out its hooves when it is resting as if to say “I am kosher,” Jennifer Rubin calls herself a conservative.

Below is a video of Rubin’s disgusting diatribe, courtesy of Newsbusters