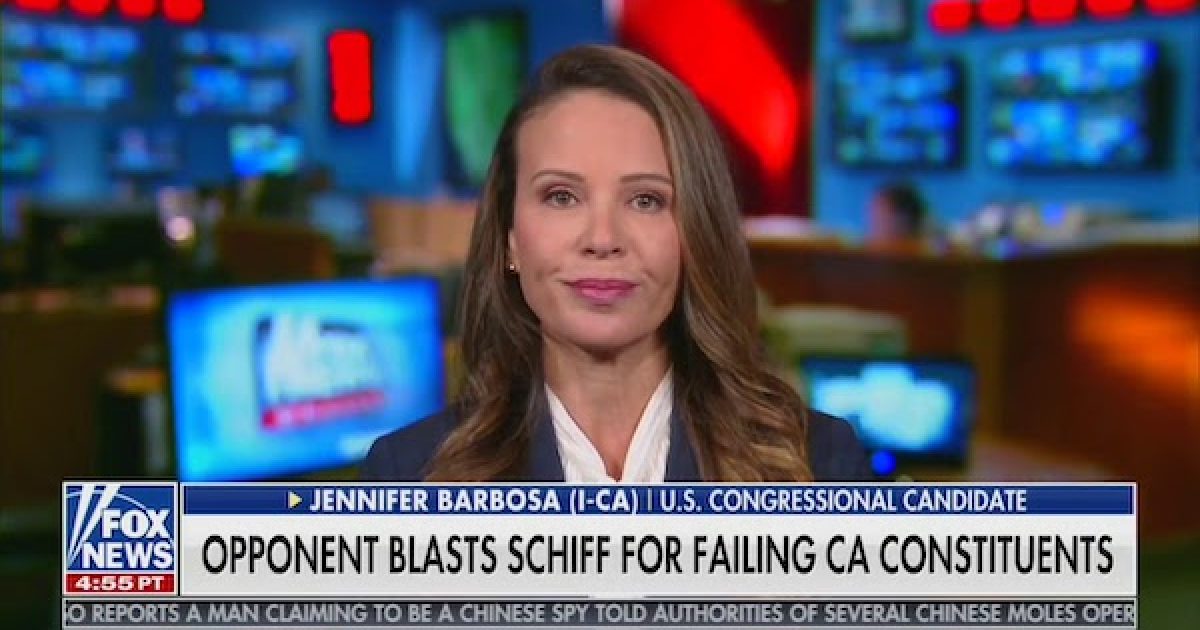 Would it surprise anyone that the Bug-Eyed BSing Barrister of Burbank, also known as Adam Schiff, has been neglecting his district? His challenger, Jennifer Barbosa, says she has been one of Schiff’s constituents since 2012 and paints a pretty ugly picture of his job performance.

The Daily Caller has more…

“Adam Schiff has been my congressman since 2012. He became my congressman through the redistricting process,” Barbosa, who is running as an independent against Schiff in California’s 28th congressional district, said during an interview on Fox & Friends.

“Since he became my congressman he has not presented any legislation that has become law. In terms of homelessness, what he’s done is he’s basically rubber-stamped Maxine Waters’ bill to deal with homelessness, and her bill essentially replicated the same failed policies that Mayor Garcetti has implemented in our city over the past few years.”

“We know they’re not working,” she alleged, before calling for Schiff to stop using taxpayer money on trying to impeach President Donald Trump. “We need to stop allocating federal funds for affordable housing which costs $500,000-700,000 per unit and really focus on mental health services for the people who are living on the street.”

“Seeing the impeachment inquiry – when he’s wasting all these resources – we know that Ken Starr’s impeachment cost about $70 million,” she continued. “That’s $70 million that really could be spent on much better things in our district.”

Barbosa’s statements come just days after the conclusion of the second week of public impeachment hearings.

Barbosa comes armed with facts which is something that doesn’t seem to influence impeachment Dems at all.

Schiff has had some shady dealings with Ukraine, as have many of his fellow Democrats.

While Schiff ignores his constituents and chases impeachment, it is becoming more and more clear that he and his fellow Democrats should be the real focus of Ukraine investigations.