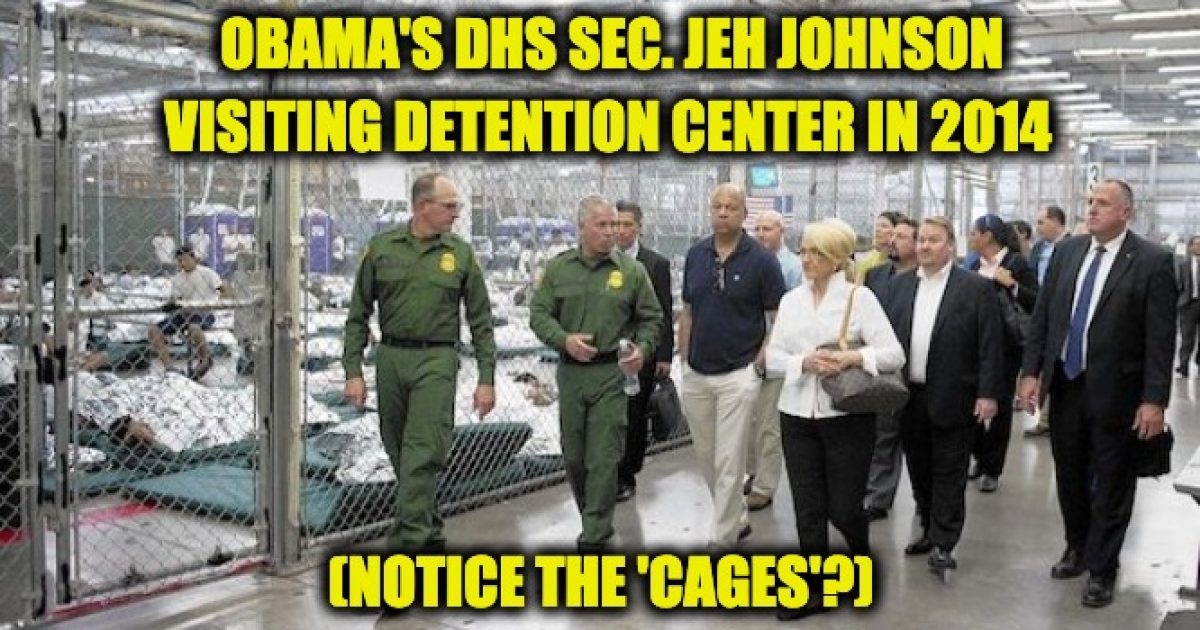 If they won’t listen to Republicans, reason, or common sense, maybe the far-left will listen to Jeh Johnson who worked for Barack Obama. Jeh Johnson, who served as Secretary of Homeland Security under Obama from 2013 to 2017, blasted Democrat candidates who are pushing for open borders, calling it “unworkable and unwise.”

Johnson, in particular, was referencing a trend amongst those Democrats such as Elizabeth Warren, Cory Booker, and Julian Castro who have called for illegal border crossings to be decriminalized.

“That is tantamount to declaring publicly that we have open borders,” Jeh Johnson said when questioned by the Washington Post. “That is unworkable, unwise and does not have the support of a majority of American people or the Congress, and if we had such a policy, instead of 100,000 apprehensions a month, it would be multiples of that,” he warned.

Jeh Johnson, who ran DHS under Obama, says the favored Democratic position by 2020 candidates is “tantamount to open borders.” https://t.co/9hiukQNgjN

That’s what Democrats want, only they won’t bother with the apprehension part.

Castro, during the debates, strongly advocated for open borders and general lawlessness, pushing to get rid of Section 1325 of the Immigration and Nationality Act which would decriminalize illegal border crossings.

Warren said that “We should not be criminalizing mamas and babies trying to flee violence at home or trying to build a better future.”

Nobody is doing that. We’re criminalizing those that try to ‘build a better future’ through illegal means. You know, like a bank robber who is also likely trying to better their future.

Booker recently declared that he would “virtually eliminate immigration detention” by executive order. And recently Senator “Spartacus” went below our southern border to personally (and illegally) escort five illegal aliens into the United States.

The Democrat party is so far astray that they have become the opposite of President Trump – the party of lawlessness and disorder.

It has to be noted that Johnson knows what he’s talking about when discussing the threat of open borders. He and the Obama administration, like Trump today, separated families as a means to keep children safe, kept them in marginal conditions as a deterrent and has admitted that under his watch, DHS built the so-called cages the left is foaming at the mouth over today.

A New York Times column from 2015 shows the Obama administration was cited by a federal judge for holding illegal immigrant children and their mothers in “widespread deplorable conditions:

In a decision late Friday [7/24] roundly rejecting the administration’s arguments for holding the families, Judge Dolly M. Gee of Federal District Court for the Central District of California found that two detention centers in Texas that the administration opened last summer fail to meet minimum legal requirements of the 1997 settlement for facilities housing children.

Judge Gee also found that migrant children had been held in “widespread deplorable conditions” in Border Patrol stations after they were first caught, and she said the authorities had “wholly failed” to provide the “safe and sanitary” conditions required for children even in temporary cells.”

Thomas Homan, who served as executive associate director of Immigration and Customs Enforcement (ICE) under Obama and acting director under Trump,  recently revealed it was the previous administration that was responsible for building cages to house illegal immigrants.

“I’ve been to that facility, where they talk about cages,” Homan explained. “That facility was built under President Obama under Secretary Jeh Johnson. I was there because I was there when it was built.”

Even Obama-era officials recognized the threat before us. How far to the extreme has the Democrat party gone when they make the former President look reasonable when it comes to detention centers and blame this president for everything that Obama started?