They Want Pedophile Island And Lots Of Cash 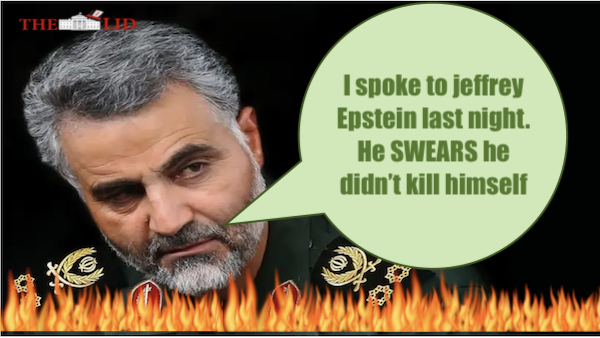 In “Firefly” Shepherd Book once said: If you take sexual advantage of her, you’re going to burn in a very special level of Hell. A level they reserve for child molesters and people who talk at the theater.

For many, the death of Jeffery Epstein was a bitter disappointment for the fact that his demise cheated a great many of his victims from receiving the justice that they deserve. The U.S. Virgin Islands announced they trying to get some justice from the late pedophile/trafficker of underage girls. They are suing Jeffrey Epstein’s estate.

The conduct of Epstein and his associates shocks the conscience and betrays the deepest principles and laws of the Virgin Islands,” said  Attorney General Denise George. “The Virgin Islands is not, and will not be, a safe haven for human trafficking and sexual exploitation. We will hold accountable those who break our laws regardless of political, social or economic status.”

Epstein, a wealthy financier of dubious origins, was long believed to be trafficking in child sex slaves – a belief that was made all the more believable after his unfathomably lenient sentence in 2008 in which his child trafficking charges were reduced to “solicitation.”

Then, after an arrest last year on similar charges led only to his alleged suicide in a Manhattan detention center, many believed that Epstein’s saga would end there.

Authorities in the Caribbean aren’t yet done with the multi-millionaire. The infamous islands Epstein owned, which some call Pedophile Islands, are now at the center of the story.

The government of the U.S. Virgin Islands on Wednesday sued the estate of late accused sex trafficker Jeffrey Epstein, alleging the wealthy investor raped and otherwise sexually abused young women and girls — as young as 12 years old — at his secluded private island getaways in that territory.

Epstein’s criminal enterprise — from 2001 through 2018 — “facilitated … the sexual molestation and exploitation of numerous girls” on his two private islands, claims the lawsuit filed by Attorney General Denise George in Superior Court of the Virgin Islands.

The lawsuit seeks forfeit of those two islands, which are worth an estimated $86 million, as well as unspecified monetary damages and the breakup of corporate entities that Epstein allegedly used to provide him with girls who sexually serviced him three times each day.

The girls, ranging in age from 12 to 17 years old, were “deceptively lured” and recruited “with money and promises of employment, career opportunities and school assistance” to the Virgin Islands, where Epstein and other abusers “participated in sexual acts of rape and abuse of minors,” the suit claims.

Per reports, the girls were supposedly sexually abused inside a “temple” on the island (picture below), and many of them were held in underground rooms below that building,

In addition to Epsteins’ estate, defendants in the case include several Epstein-controlled companies, and unidentified “John and Jane Does” who allegedly facilitated and participated in sexual abuse of underage girls.\

The lawsuit filed Wednesday says that Epstein’s controlled entities owned aircraft that “Epstein used to transport young women and children to and from the Virgin Islands” in the years before and after his arrests.

The New York Post adds that he didn’t stop in 2004 as previously thought,

“The Epstein Enterprise used the term ‘work’ as a code for sexual abuse, and, upon information and belief, reportedly kept computer records of the contact information for the victims.”

Additionally, Epstein — who’d been facing a criminal probe in New York before his apparent suicide in a Manhattan jail cell last year — had only been accused of abusing girls up until 2005. The lawsuit filed by George expands his alleged abuse by 14 years.

“As recent as 2018, air traffic controllers and other airport personnel reported seeing Epstein leave his plane with young girls, some of whom appeared to be between the age of 11 and 18 years,” the papers say.

The “Little Saint James” Island named in the lawsuit has been at the center of several conspiracy theories surrounding Epstein, and this latest news will likely invigorate discussions of the strange story once again.

Watch the video of the AG’s announcement below