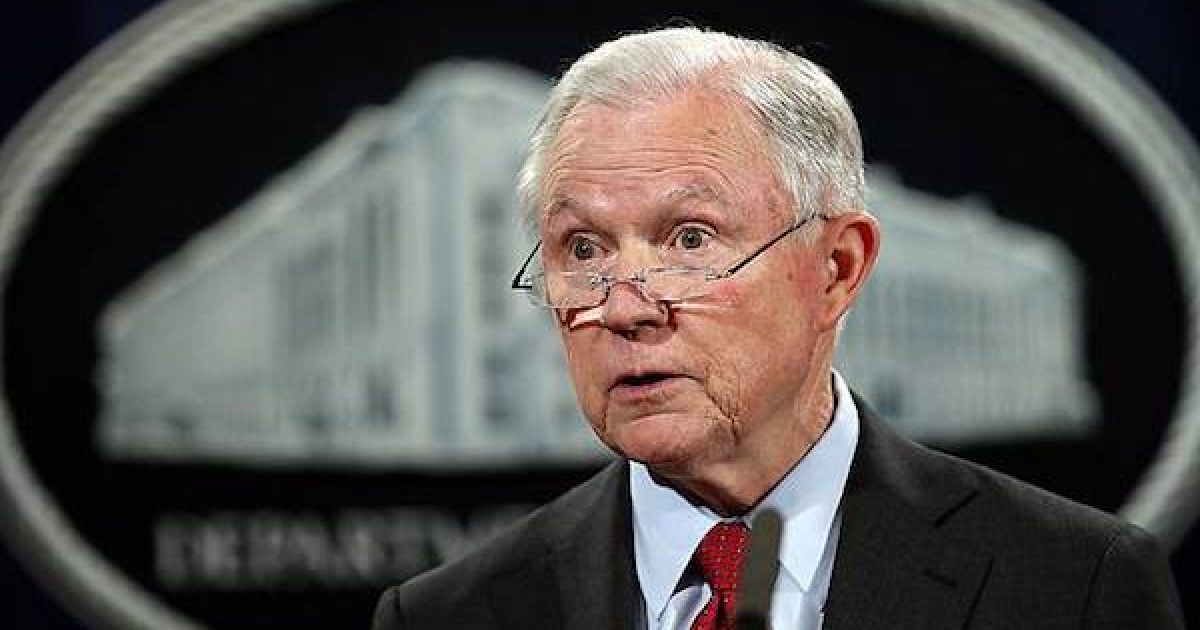 This hasn’t been a good time period for the reputation of the once-great FBI and Attorney General Jeff Sessions is angry and wants things fixed NOW!

There is little doubt left in the minds of most Americans that the Federal Bureau of Investigation has transformed into a dawdling and desperate piece of the American intelligence community.

The first chink in the armor came during the 2016 presidential election in which the bureau, then under the tutelage of ineffective imbecile James Comey, colluded with, and refused to charge, Hillary Clinton with any crime in relation to her obviously illegal handling of a private email server while operating as Secretary of State under Barack Obama.  Clinton’s actions were undoubtedly dangerous, having allowed confidential information to be stored on the unprotected device, possibly leading to a compromise of national security.

For his obsolescence, Comey was fired by President Donald Trump in a move that irked leftists to no end.

Then came news that the Pulse Nightclub shooter, Omar Mateen, had been reported to the FBI by a diligent gun shop owner who was wary of the radical Islamist’s hopes of purchasing thousands of rounds of ammunition.  In this case, the FBI did nothing, and Mateen went on to slaughter dozens of Americans in what, at the time, was the worst mass shooting in U.S. history.

Now, as Florida reels from the heinous actions of Nikolas Cruz this week, a familiar story is emerging:  Cruz had been on the FBI’s radar for perceived threats against his school–sort of. The FBI apologized on Friday, revealing that it had received a tip from someone “close to the shooter” on Jan. 5, 2018  that Nikolas Cruz was acting erratically and may have been planning a school shooting. The agency failed to act on the tip.

You guessed it:  Nada from the FBI.

Attorney General Jeff Sessions has had it with this incredible lack of discipline and common sense within the once-vaunted organization.

“Attorney General Jeff Sessions said Friday he has ordered an immediate review of the processes at the Department of Justice and the FBI, following the school shooting in Florida.

“‘It is now clear that the warning signs were there and tips to the FBI were missed. We see the tragic consequences of those failures,’ Sessions said in a statement.”

Just how bad was the FBI’s ignorance of the threat that Nikolas Cruz posed?

“Earlier Friday, the FBI said a caller ‘provided information about Cruz’s gun ownership, desire to kill people, erratic behavior, and disturbing social media posts, as well as the potential of him conducting a school shooting.’

“FBI Director Christopher Wray said in a statement the agency is still investigating the matter and reviewing its process for responding to tips.”

Sessions isn’t the only politician taking the FBI to task for their inexcusable lack of ability.

“‘We constantly promote “see something, say something,” and a courageous person did just that to the FBI. And the FBI failed to act,’ Scott said in a statement.”

As Americans, we must demand more of our intelligence community in order to prevent tragedies such as this from plaguing our society.

Some Twitter users have taken this sentiment even further, outlining quite the paradox within the system by reminding the nation of the number of resources that the FBI has squandered in their abroad investigation into a democratic conspiracy theory regarding the Russian government and President Donald Trump.