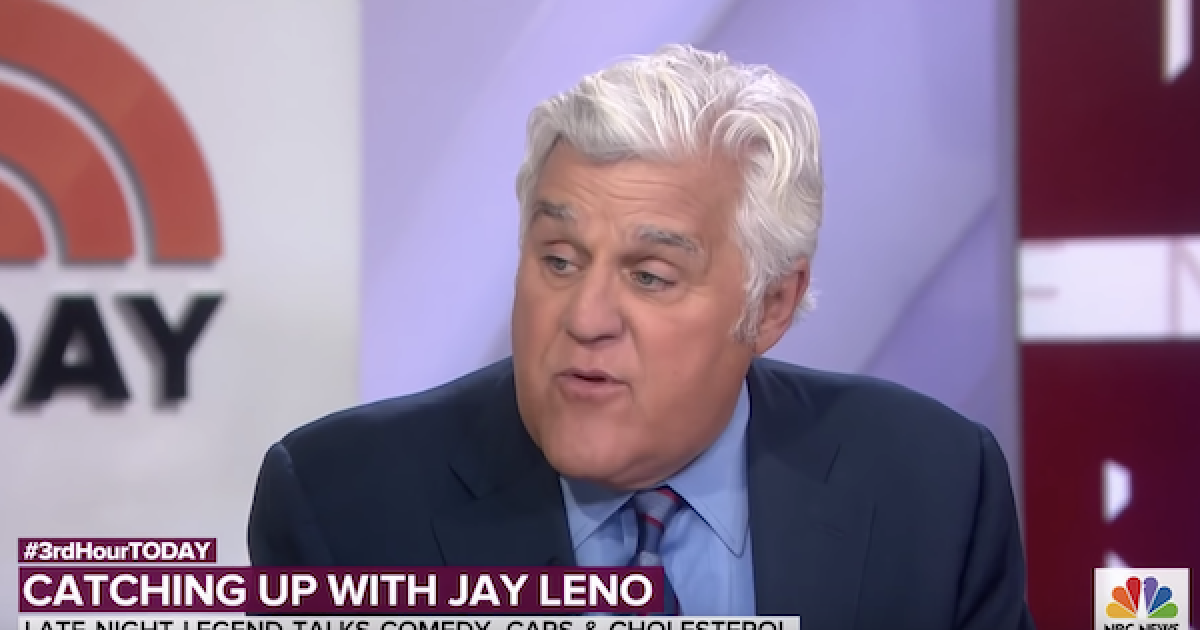 In recent times Late Night TV, once a must watch for many people, has become too mean-spirited to watch. Former Tonight Show host Jay Leno agrees. Leno is very discouraged over the drive toward far-left politics now indulged by the new group of late-night hosts since he left the air.

Leno recently appeared on NBC’s Today show and lamented over how “everyone has to know your politics” these days if you want to be a late-night comedian. He also worried that things have become too “one-sided.”

“It’s been five years since you left The Tonight Show, and you see the place we are right now in this country,” co-host Al Roker noted, wondering: “Do you miss being on the show, or is it such a different time that it would be hard to do?” Leno replied: “No, it’s different. I don’t miss it. You know, everything now is, if people don’t like your politics they – everyone has to know your politics.”

Leno noted that he tried to follow famed host Johnny Carson’s model and perform his host duties in a more even-handed way, politically. Leno is right, Carson felt the purpose of late night TV was to entertain and warned about late-night hosts getting too self-important about politics. Late night TV was there to entertain:


Leno agrees and noted that when he got political hate mail equally from both sides that he felt he was striking the right balance.

Worrying about the current late-night environment, he warned: “But when people see you as one-sided, it just makes it tough.”

Leno thought maybe someday the late-night political pendulum just might swing back to the right side of the political aisle.

Because, you know, the theory when we did the show was you just watch the news, we’ll make fun of the news, and get your mind off the news. Well, now people just want to be on the news all the time. You just have one subject that’s the same topic every night, which makes it – makes it very hard. I mean, all the comics, Jimmy and Colbert and everybody else, it’s tough when that’s the only topic out there.

Leno is right. The current crop of show hosts summarily excludes half the voting public. They aren’t just unmindful of people right of center. They are contemptuous and hateful of them.

It may be no surprise that Leno’s newest TV gig is on the Fox sitcom Last Man Standing, a show known for its conservative leanings.

Leno’s discussion about late night politics is embedded below: