The Jared Kushner ‘Scandal’ Is a Nothing Burger 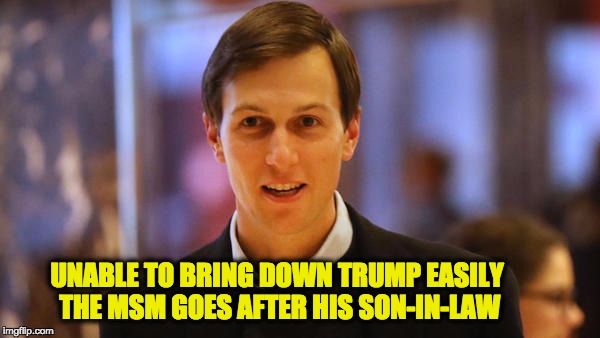 You don’t have to be a rocket scientist, or even a journalist, to understand that the entire controversy currently swirling about President Trump’s son-in-law, Jared Kushner, is being blown way out of proportion. The stories themselves, usually titled something melodramatic like “Jared Kushner now a focus in Russia investigation,” always reveal themselves to be nothing but sensationalist garbage. For example in the aforementioned Washington Post story, the 5th paragraph actually, explicitly says that the Post had not been told that Kushner was a “central focus” or even a “target” of the investigation AND no one has accused him of actually doing anything wrong. (See below.) 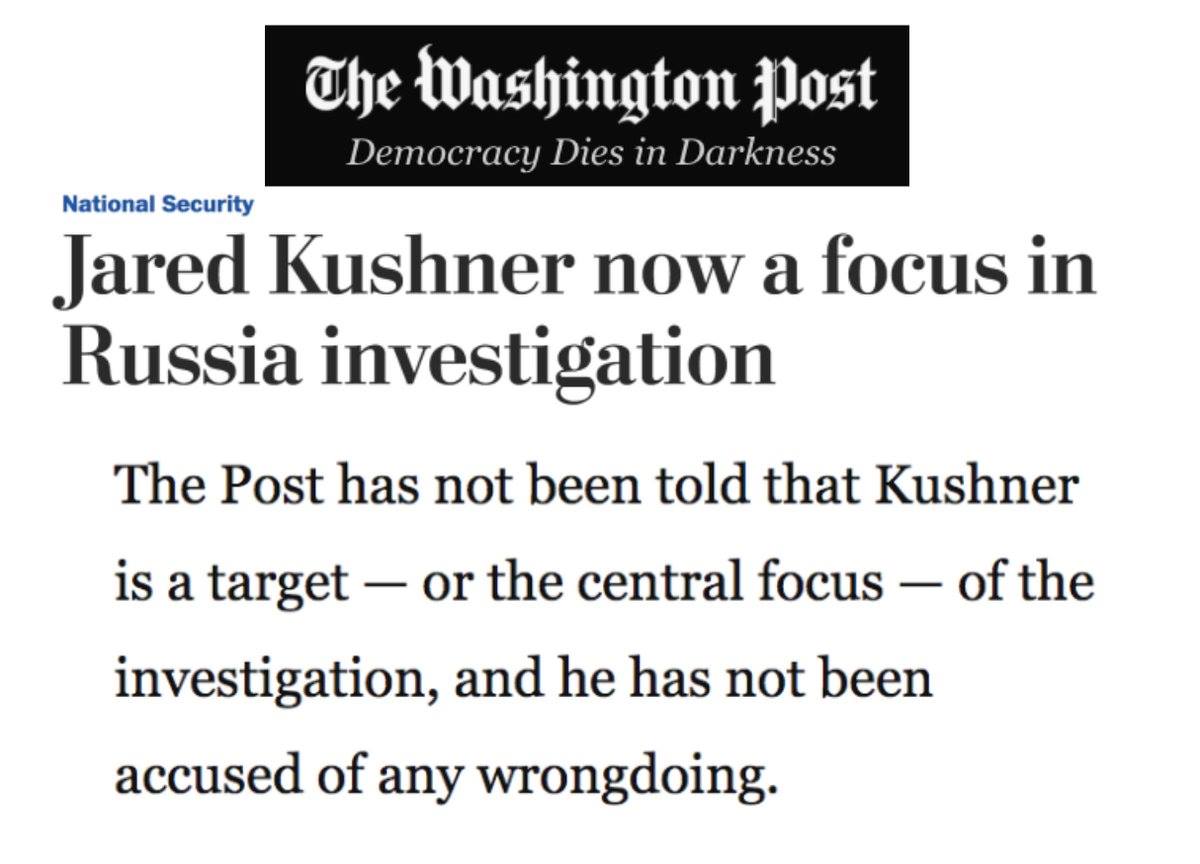 This is just HORRENDOUS journalism. It’s the kind of journalism that one might expect from a leftist rag that is simply out to undermine the presidency and create problems where none exists. It’s all a part of the hurricane of misinformation and lies being propagated by the liberal media and being repeated daily by Democrat politicians.

How do we know that there is nothing to the Jared Kushner story? Because, the media keeps telling us that they haven’t been told that he did anything wrong. Because, honest liberals like Alan Dershowitz are willing to explain that Kushner has done nothing wrong. And because, government officials keep telling the media that there is nothing wrong with the conversations that Kushner was having.

Let’s start with some sanity from the right. Former presidential candidate Rick Santorum (R-PA) recently explained to CNN that not only did Kushner do nothing wrong, it wasn’t even “inappropriate” for him to have the conversations that he was reportedly having with the Russians.

Then from the left. Brilliant liberal legal mind, Alan Dershowitz seems completely flabbergasted by the attempts to smear Kushner when he doesn’t seem to have done anything wrong. Dershowitz argues that even if we “assume the worst case scenario” there is STILL nothing wrong with what Kushner is reported to have done. Nothing.

Let’s assume the worst case scenario.
Let’s assume there was a quid-pro-quo.
Let’s assume that the Trump campaign promised: ‘If you help us get elected, we’ll drop the sanctions.’
How is that different from what President Reagan did with Iran?
President Reagan, the campaign, promised Iran that there would be some quid-pro-quo if Iran didn’t hold back and release the hostages after the inauguration of President Reagan.
So, when we start to criminalize things we don’t like — in the absence of federal criminal statue, and I still want to know: Where’s the beef?
What is the statue?
What are they investigating them for? Is it obstruction of justice? Is it treason? Is it accesory to hacking?
None of these things seems to me to constitute violations of federal criminal law.

Finally, the upper levels of the administration itself have been trying to explain that there is nothing wrong with seeking every avenue possible to speak with the Russians. Department of Homeland Security chief John Kelly, tried to explain the idea that more conversations are always better to ABC’ Martha Raddatz… who seemed unwilling to understand that talking with the Russians is obviously better than NOT talking to the Russians.

Martha Raddatz: Good to see you. I want to get to this breaking story. I know you don’t want to talk about the investigation, but do you think backchanneling is normal and acceptable?

The two go back and forth over the same ground several times before Raddatz finally brings up Obama sycophant and former CIA chief Michael Hayden who has often criticized President Trump and recently argued that Kushner’s actions were obviously terrible. While Secretary Kelly refused to criticize Hayden, he once again reiterated that there was simply nothing wrong in attempting to open new lines of communication with another nation, particularly Russia, who we’ve had such an antagonistic relationship with in recent years.

John Kelly: Yes, you know, and Mike is a great guy, but I just say, any information flow into the government and then considered by the government, I won’t criticize that. I don’t think it’s a bad thing. You consider it in terms of whether it’s reliable, but all of these lines of communication are, you know, a positive thing in my opinion. You just have to assume, like in this case with the Russians, that it’s constructed in a way that they’re trying to get you to do certain things. But at the end of the day it’s not a bad thing to have lines of communication across the spectrum.

Folks, there is simply nothing to the current stories swirling about Jared Kushner. Everyone, even the liberal media reporting on the “story,” understands this. This is simply a new way to attack the President, undermine his authority, and hurt his chances of getting any of the major items in his agenda passed.