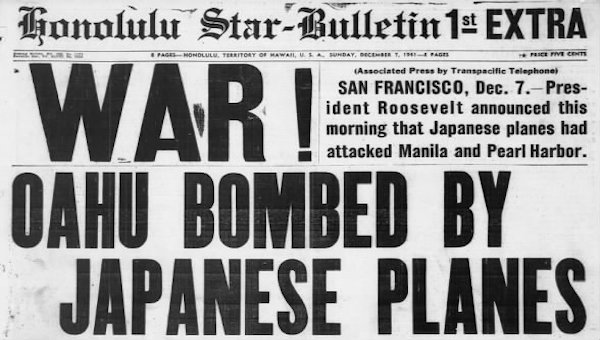 On December 7, 1941, was a quiet Sunday morning in Hawaii. That all changed at 7:55 AM when planes and submarines from the Empire of Japan attacked the U.S. military base at  Pearl Harbor. Most of the U.S. Pacific Fleet docked at Pearl Harbor. U.S. fighter planes at the base were clustered together on their airfield—making easy targets for the Japanese warplanes. 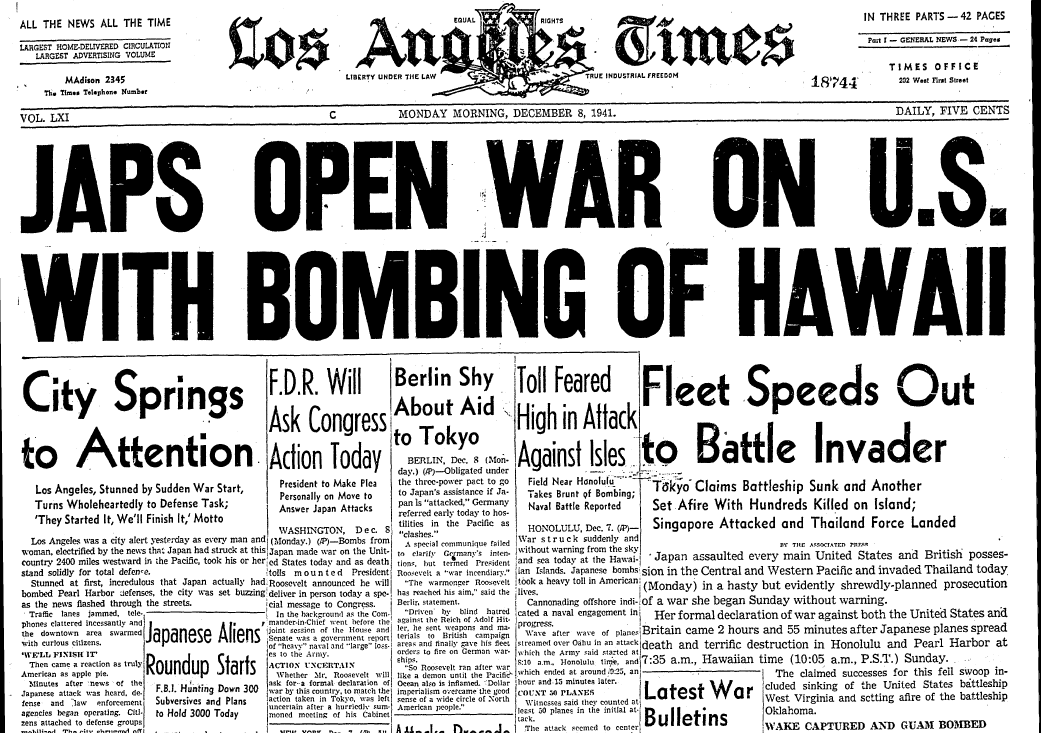 2,403 Americans were killed, and 1,143 were wounded. 1,177 of the dead were aboard the USS Arizona. In total, eighteen ships were sunk or run aground, including five battleships, 188 U.S.warplanes were destroyed, and 159 were damaged.

A memorial to the people killed on the USS Arizona Memorial rests over the ship’s wreckage. Another monument was erected to honor the USS Utah, which rests on its side in the harbor. To this very day whenever a USN ship nears either memorial, everyone onboard comes to the ship’s deck in their dress whites to salute the American heroes who died in the attack. 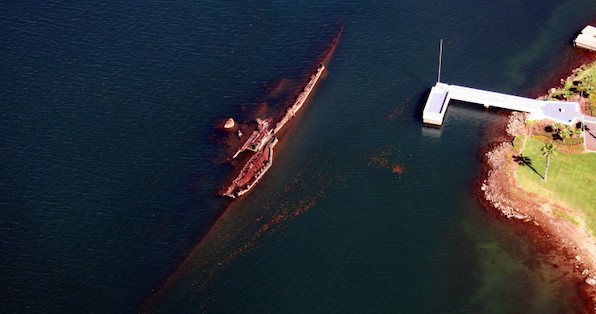 Tensions Between The U.S. And Japan

In the months before the attack, Japan joined Germany as an axis power in WWII. The U.S. was trying to stay neutral (at least publicly). Japan began to expand its territory with attacks on European colonial holdings, such as French-Indo China (Vietnam), British Malaysia, Singapore, Dutch Indonesia, and the Philippines, which was a U.S. territory. The invasions led to an American embargo of oil exports to Japan. American oil represented about 80% of the Japanese supply.

Those Japanese invasions of European and American holdings and the U.S. oil embargo led to negotiations between the U.S. and Japan. It was an attempt to cool down the tension between the countries. On December 7th, as their warplanes were bombing Pearl Harbor, Japan’s negotiators were in Washington D.C. preparing for a meeting with Secretary of State Cordell Hull, adding to the surprise of the Pearl Harbor attack.

The day after the Japanese attack on Hawaii, President Franklin Delano Roosevelt spoke before a joint session of Congress. His speech was broadcast across America. There is much to criticize about the Presidency of FDR, but on December 8, 1941, he was brilliant.

FDR did not mention gun control. Nor did he bring up global warming or vaccines. He did not rationalize that the Japanese bombers weren’t representative of all Japanese people in the world. He did not mention negotiations. Nor did he mention the need for more negotiations. Instead, FDR calmed Americans’ fears. He instilled in them the confidence and hope they needed as citizens from their leader. Still reeling from the Great Depression, now shaken by the first attack on American soil since the War of 1812 almost 130 years earlier. America needed to be reminded of its exceptionalism and rallied for the battle ahead.

Roosevelt’s speech was broadcast on radio and greeted with a standing ovation from both political parties in Congress. 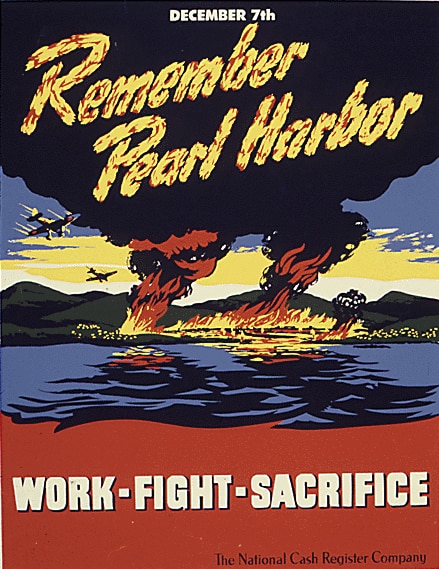 Within an hour after Roosevelt was done speaking, a near-unanimous Congress declared war on Japan. The vote was 82–0 in the Senate and 388–1 in the House. Jeannette Rankin, a pacifist Republican from Montana, was the only vote against the war resolution.

Two days later, Germany joined Japan in declaring war against the U.S., Congress responded by declaring war on Germany the same day. The United States was now engaged in the Second World War. 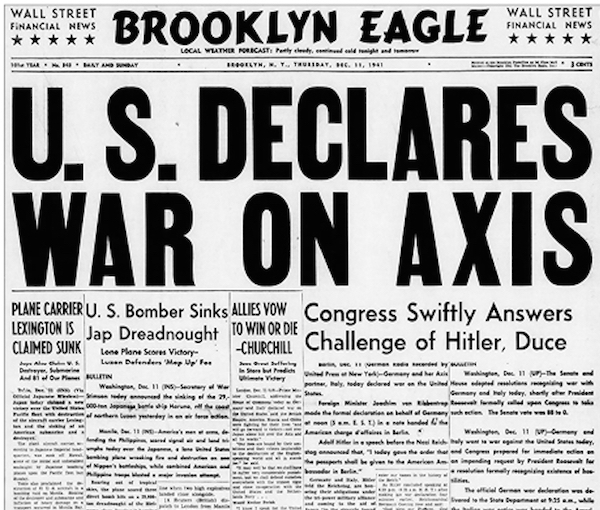 Interestingly the U.S. Constitution, Article I, section 8 gives Congress the power to declare war. The declaration of war against Japan and Germany was the last time Congress declared war.  Congress may have supported the Presidential decisions to wage war since WWII but they did not consider or pass a war declaration.

Below is the text and video of President Roosevelt’s Day Of Infamy speech: