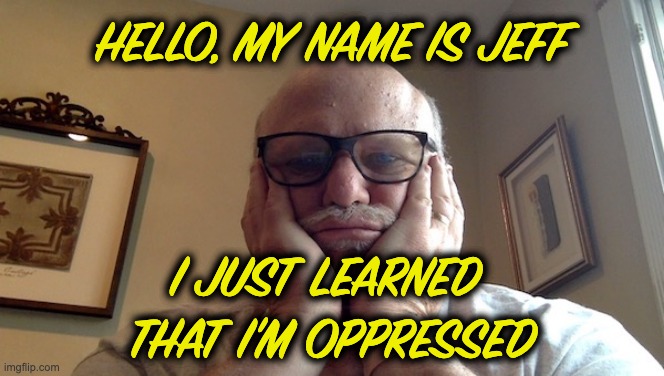 James Mason University is under fire for telling students that all whites, all men, and all Christians are “oppressors,” Fox reported.

The outrageous claims were part of a PowerPoint presentation for new students covering social justice, identity, power and privilege, and white supremacy. 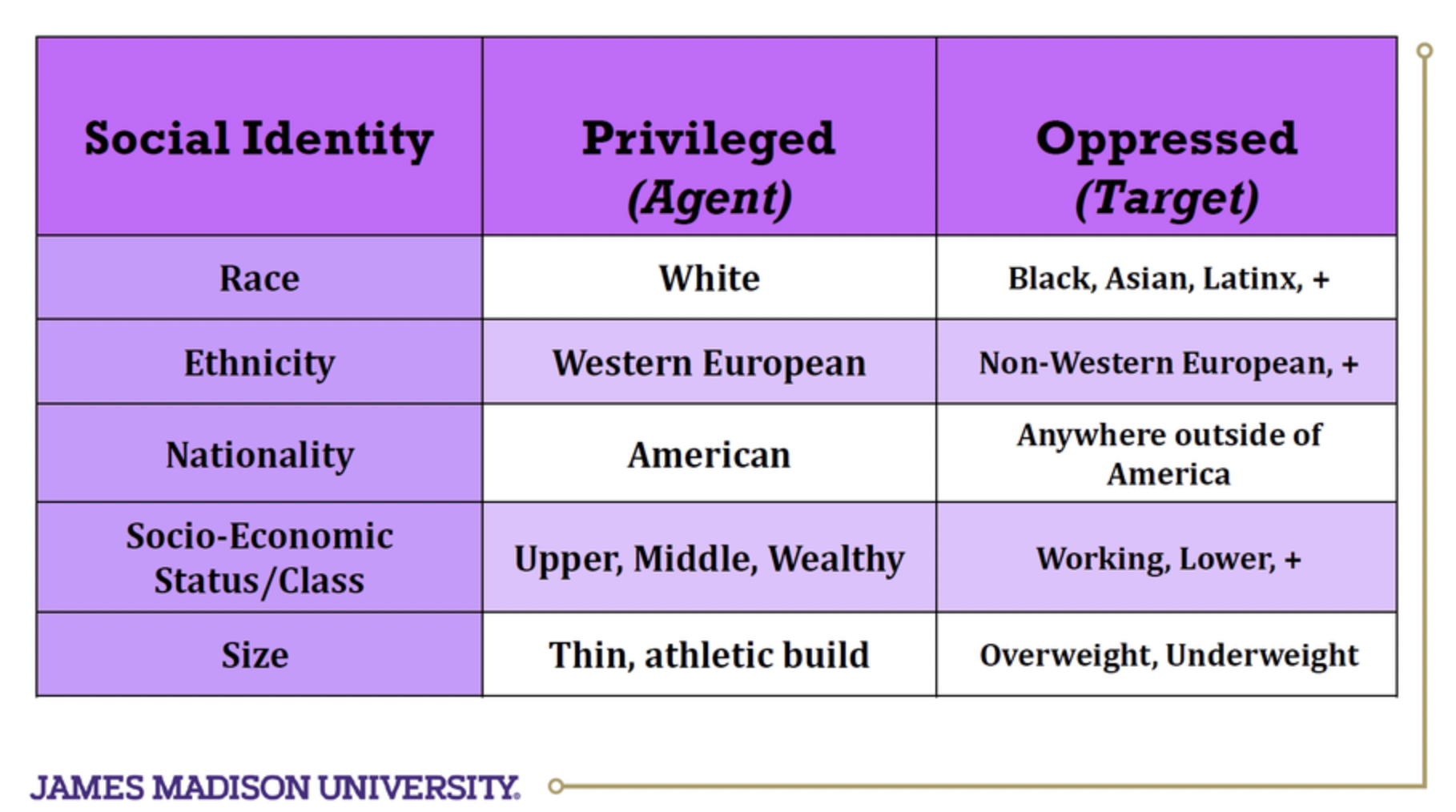 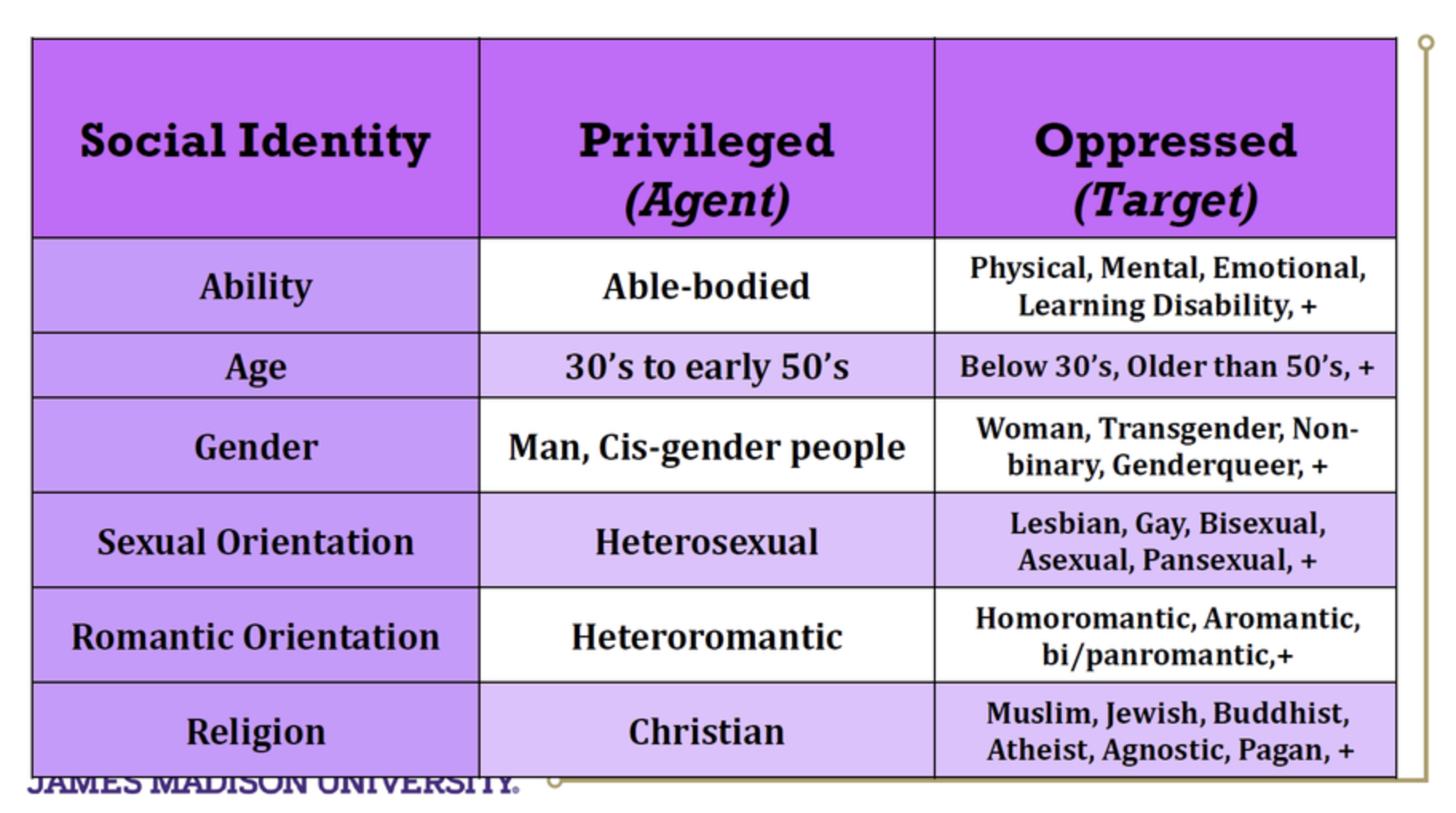 Gee, I am overweight, have a learning disability, older than 50, and Jewish—be nice to me because I’m oppressed!

But not all students were meekly accepting of the James Madison oppression chart.

JMU College Republicans chairwoman Juliana McGrath shared her frustration with Fox News, saying the training at the Virginia university that’s meant to bring students together will ultimately be divisive.

According to McGrath, the most “shocking” inclusion in the presentation was the implication that followers of the Christian faith specifically were deemed as oppressors even though all religious individuals regardless of denomination believe in the same thing – a higher power.

“In our chapter of College Republicans, we actually have a very diverse chapter and we have people of different races, of different backgrounds and specifically of different religious beliefs. And that’s always been very welcomed,” she said. “I feel like no matter your political beliefs, you always find some type of common ground. And I think oftentimes religion is that common ground. And so I think to say that Christians are oppressors to Jewish people or Muslims is not very fair because in the end, we all kind of believe the same thing. We all believe in a higher power.”

“Going to a predominantly White institution and being taught that you’re the oppressor cannot be helpful for any aspect of their lives at JMU,” one source told Fox. “And on the other side of that, it’s teaching minorities, the LGBTQ community, and other groups that they’re inherently oppressed, which also cannot be beneficial to first-years. At the end of the day, teaching some people that they are oppressors may lead them to take further advantage of their ‘power’ and it teaches minority groups that they will always be oppressed.”

This is what many of our schools are teaching.

But that leaves one important question. I have never been oppressed before. What am I supposed to do? Is there a secret handshake? Decoder ring?  Do I have to add it to my email signature or business card? When one becomes oppressed, do they have to stand on a chair and sing their college alma mater?