What Percentage Of Jailed Illegal Aliens Have Committed Non-Immigration Crimes? 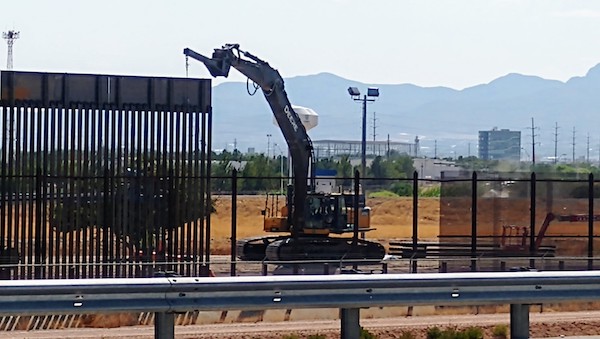 Remember — Joe is running on a promise to NOT deport people. That must necessarily include everyone referenced in this report. Illegal entry to the country is already a crime. But what if you don’t count that one? How many illegal aliens are doing time for more ordinary crime? jailed illegal aliens

Would you peg that number as below 40%?

Is it higher still?

Yes, the real number is higher than any of those figures… and (surprise, surprise) it’s a statistic that Obama/Biden didn’t think it was that important to track.

The U.S. government spent at least $162 million last year to incarcerate tens of thousands of criminal illegal immigrants for committing crimes that include rape, murder, kidnapping and terrorism. The offenders were imprisoned by the Federal Bureau of Prisons (BOP) and the U.S. Marshals Service (USMS), which confirm that 94% of aliens jailed in 2019 were unlawfully present in the U.S. The alarming data was recently disclosed in a new report issued by the Department of Justice (DOJ) and Department of Homeland Security (DHS), which disclose that nearly 70% of known or suspected aliens in BOP custody last year had been convicted of a non-immigration related offense and 39% of known or suspected aliens in USMS custody committed a non-immigration related crime.

…The new report states that 51,074 known or suspected aliens were in DOJ custody in 2019, with the majority (27,494) in BOP facilities throughout the country and 23,580 in USMS custody at various institutions. The BOP operates 122 prisons nationwide while the USMS houses detainees in federal, state, local and private jails. More than half of the 51,074 were confirmed by ICE to have orders of removal. More than 28,500 of the aliens in BOP custody committed fraud and 1,147 weapons offenses, according to stats provided by the DOJ and DHS. Over 1,000 illegal immigrants jailed by the BOP carried out racketeering and continuing criminal enterprise offenses such as murder for hire and 535 committed sex crimes that include production or distribution of child pornography. Around 1,028 aliens executed serious felonies such as kidnapping, murder, terrorism, rape and extortion, the report states. More than half of the USMS arrestees committed drug offenses with the rest incarcerated for immigration crimes, fraud, weapons violations, sex offenses and racketeering. Nearly 1,000 of the illegal aliens jailed by USMS carried out serious felonies such as murder, rape, terrorism, and kidnapping. —Judicial Watch

And a different reason that the Democrats DON’T want it to be built.

Jennifer Palmieri gave the game away when she admitted in a memo:

The Center for American Progress (CAP) Action Fund memo, which circulated Monday, called on Democrats to “refuse to offer any votes for Republican spending bills that do not offer a fix for Dreamers and instead appropriate funds to deport them.”

The memo from the left-leaning think tank also said that protecting DACA is not only a “moral imperative” but also a “critical component” in winning elections.

“The fight to protect Dreamers is not only a moral imperative, it is also a critical component of the Democratic Party’s future electoral success,” the memo read. —FoxNews

We’re happy to receive legal immigrants who respect our laws and want to contribute to society.

But this other group that breaks our laws with impunity?