Jacob Blake Shooting: Is It A Rush To Judgement Against Cop? 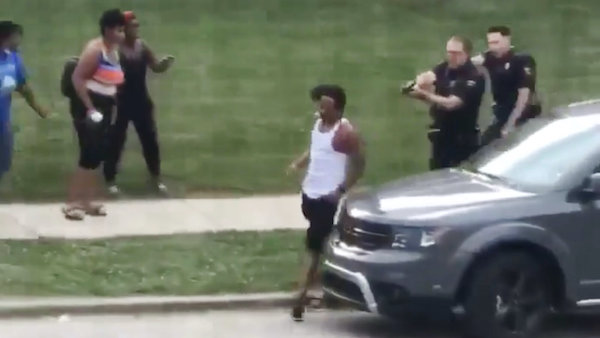 It was pretty depressing to see uniformed baseball stars boycott games on Wednesday evening to take a stand for Jacob Blake. NBA stars boycotted something called the playoffs. Being a fan of the N.Y. Knicks, it’s been so long since they played postseason games, I don’t quite remember what the playoffs mean.  But what I do remember is that every one of those athletes should feel pretty embarrassed about their rush to judgment. Jacob Blake shooting

Any time a person of any race gets shot by a cop, it’s a tragedy, as it is a tragedy when a cop gets shot.  The first reports about the Jacob Blake shooting made people wonder if the cop did the right thing.  As more evidence was released, it raised the possibility that it was a justified shooting. Possibility,  because as of now, we still don’t have enough evidence to prove whether the officer was justified or not. But we will find out—the Jacob Blake shooting is being investigated by the Wisconsin Attorney General, the state’s Department of Justice, and the civil rights division of the federal Dept. of Justice.

If it is proven to be a “bad shoot,” the officer will pay with criminal charges. But the operative word is “if.”

The words used by the Wisconsin Department of Justice:

"Mr. Blake walked around his vehicle, opened the driver’s side door, and leaned forward."

The new information released by the Wisconsin A.G. throws considerable doubt on the initial reactions. However, it doesn’t prove that the shooting of Mr. Blake was justified or the opposite, whether the officer did the wrong thing.  The only thing the new information proves is that the reaction of professional athletes, indeed, the reaction of the crazy rioters who were destroying Kenosha, is premature. We also know that Jacob Blake’s mom told people to stop the violence, a request that was ignored.

According to the Wisconsin Department of Justice, police were called to the 2800 block of 40th Street Sunday after a woman said her boyfriend “was present and was not supposed to be on the premises [Blake was that boyfriend].”

Officers arrived at the scene and attempted to arrest 29-year-old Blake, at one point using a Taser in an attempt to stop him, but that attempt was unsuccessful, the [Wisconsin]  DOJ said.

“Mr. Blake walked around his vehicle, opened the driver’s side door, and leaned forward,” a press release from the department read. “While holding onto Mr. Blake’s shirt, Officer Rusten Sheskey fired his service weapon 7 times. Officer Sheskey fired the weapon into Mr. Blake’s back. No other officer fired their weapon.”

(…) According to the release, Blake admitted to investigators that he did have a knife at the time and a knife was recovered from the driver’s side floorboard of his vehicle. No other weapons were found, the report said.

Still, we don’t know exactly what led up to the shooting, what (if anything ) Mr. Blake threatened to do the cops. And etc., etc., and so on.

It is undoubtedly too early to make a decision regarding who was at fault.  Even if it is proven the cop who shot Mr. Blake wasn’t justified, we do know that if he was surrendered to the police without going into his car that contained a knife, he wouldn’t be paralyzed today. The two people who were killed during Tuesday night’s riots would still be alive. And finally, as long as the Knicks are owned by the Dolan family, they will continue to suck.

Anything else is a rush to judgment.