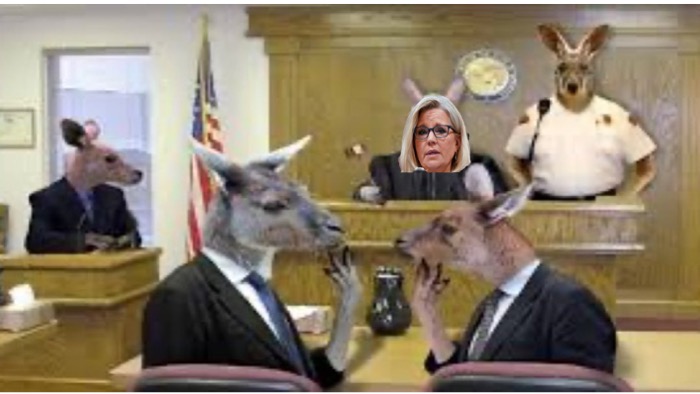 Don’t expect the J6 Inquisitors committee’s curated list of accusations to include any of this information. They’re not interested in anything exculpatory. Their one goal is and has been to ruin Trump. and gain votes in the upcoming midterms

The J6 Inquisitor’s dishonesty has been exposed any number of times by their use of doctored texts, hearsay witnesses, violations of legal privilege, and shocking lack of anything resembling due process.

They have carefully avoided making any reference to Trump’s ‘peacefully and patriotically’ portion of his speech that day, his cooperation with transition teams, and the role of Pelosi or the DC mayor refusing Trump’s offer of thousands of National Guard troops to provide security around the Capitol and help handle the crowds expected that day.

John Solomon has an article on Just The News, linking two official reports that would completely put to rest the Insurrection allegations if the real goal of J6 was to learn the truth and not political partisanship.

He highlights a particular bombshell piece of exculpatory evidence written in plain English on page 31 of the DOD IG report for Jan 6.

Here’s a screenshot with the page number in the right-hand corner so you can go see it for yourself:

The President’s job was never to oversee the local security itself — that was the responsibility of Nancy Pelosi and Mayor Bowser — but the President raised security concerns and took active steps to ensure it was a safe event.

Having assurances from General Milley that ‘we’ve got a plan and we’ve got it covered’ sure looks like Trump has done all the due diligence available to him in providing for the contingencies of that day. Constitutional checks and balances prevent Trump from sending the National Guard in on his initiative.

The other official report we use to blow holes in the never-ending J6 Inquisition is nothing less than the official Capitol Police timeline itself.

As of Dec 30, the expectation is that this event will resemble previous Trump events, but with the political tension in the air, there was a non-trivial possibility that things could break bad. 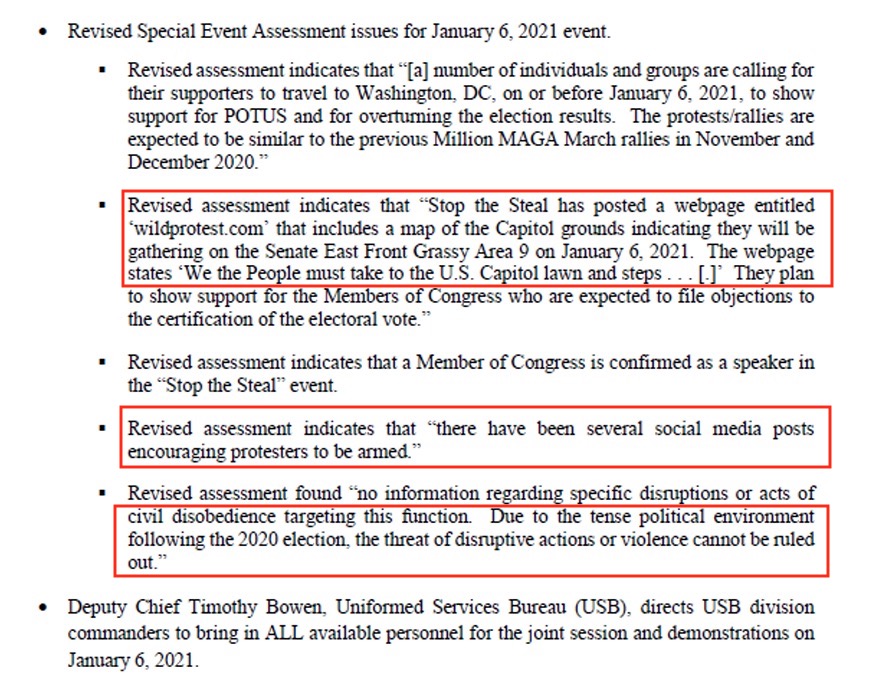 One of the Dec 30 bullet points should have been the real focus of the J6 inquiry. In light of what’s already been said in this memo so far, could someone explain the rationale behind THIS decision by the US Capitol Police:

That led to a follow-up on Jan 2

Conversations about the National Guard continue on Jan 3.

Updated threat assessments, including the possibility of political violence, have by this point (Jan 3) already been given to the Executive level of the Capitol Police as well as the House Sergeant and the Senate Sergeant at Arms.

Chief of Police Sund — who resigned in disgrace after the event — was one of the few people in positions of influence actively trying to do the right thing. His requests fell on deaf ears. From Monday, Jan 4: 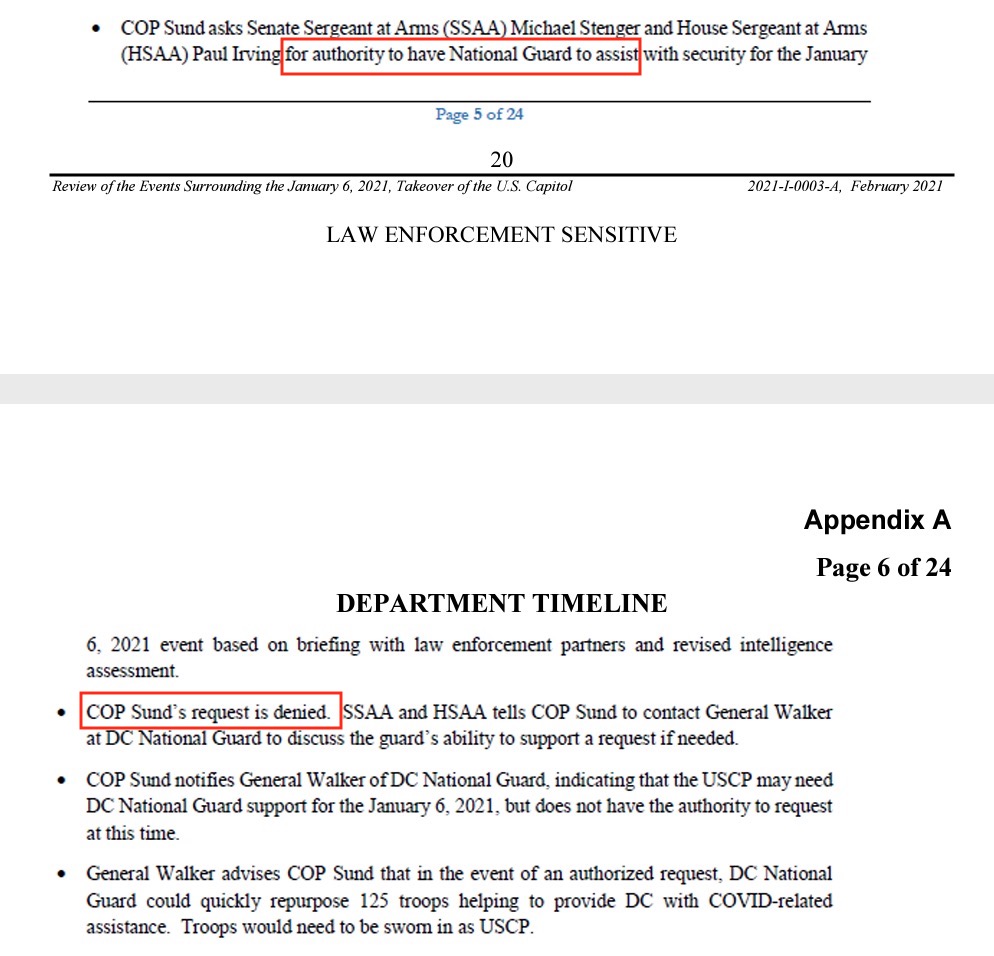 Michael Strenger and Paul Irving, the Senate and House Sergeants At Arms, conveyed the fateful decisions to deny National Guard support. Whether the decision was theirs or higher up the chain is unknown because Pelosi refuses to allow oversight or investigation into these questions for some reason.

Also, ‘for some reason, despite all of this exculpatory evidence of Trump doing everything in his power to provide for the safe management of the J6 protest, and local authorities taking every measure to contravene them, Trump is the villain in the story they are telling, and we are getting NO answers on why the thousands of troops made ready by order of the President to keep the peace if called upon were never used.

The closest thing we have to an answer so far was that somebody didn’t like ‘the optics.’

It’s bad enough that the bogus Mueller investigation was used to suppress Republican turnout in the 2018 midterms, which put the gavel back in Pelosi’s hands. It looks like Democrats are trying to run another version of that same play here in 2022… with a broader intent of disqualifying a political rival they have no way of beating in a fair fight.